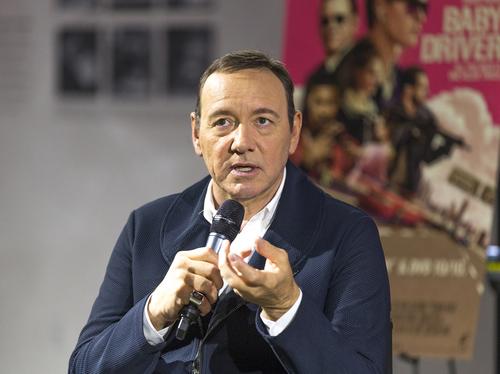 In the wake the Kevin Spacey & Louis C.K’s sexual misconduct scandal, Netflix was forced to take a stand and cut ties with the two actors, but not before losing out on a shit ton money. According to a report by Bloomberg, Netflix says they lost out on $39 million from their forth quarter earnings because “unreleased material” that wasn’t released.

While the streaming video giant didn’t provide details what that included, production Kevin Spacey’s “House Cards” was postponed in November after the actor became embroiled in scandal, and he was eventually fired. Meanwhile, Louis C.K’s second stand-up special on Netflix was also cancelled in midst his scandal.

However while Netflix lost out on all that dough, they definitely didn’t lose out on subscribers last year. It was just revealed yesterday that the streaming service pulled in 8.3 million new subscribers at the end 2017. Those numbers include almost 2 million U.S. members, proving that a good chunk new subscribers are coming from overseas in Europe and Latin America.

In addition, Bloomberg reports that Netflix will be spending more than $8 billion on programming and will increase its content to have more non-English series, with anime and local language production. They also plan to release a series short stand-up specials throughout the year, which you can peep some the comedians who’ll be involved right here.

To avoid such losses moving forward, Netflix says they plan on asking actors/talent to include clauses in their contracts pledging to behave themselves and buying insurance to cover damages in these situations.