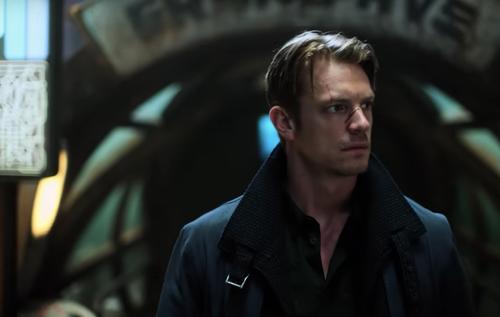 Netflix has released a new trailer for their upcoming series Altered Carbon, which is an adaptation the cyberpunk novel the same name by author Richard K. Morgan. Set to premiere on February 2, the series takes place in the future, and its primarily backed by the concept that a human’s conscious can be transferred from body-to-body, belittling the human figure to that a snake skin, something that can be shed at will, but only if one can afford the transplant procedure.

RELATED: Netflix Plans To Take The FCC To Court Over Net Neutrality

Joel Kinnaman and Will Yun Lee play Takashi Kovacs, a solider who frequently body-hops who was once killed on a distant planet, only to be resurrected by James Purefoy’s character Laurens Bancrt in order to investigate his own death.

While a couple short teasers have given this series a sense intrigue, the full-length trailer that has now be released into the world helps add a heft to the narrative and heighten the hype around this forthcoming program. Netflix has clearly invested a lot into the series, as they have created an evocative futurist landscape that mimics similar narratives such as Blade Runner.

Kinnaman has recently described the series as being massive, noting how those involved in the production are “really going to be able to create a world that’s got a bigger budget than the first three seasons Game Thrones. It’s going to be something special. It’s something that’s never been done before.”