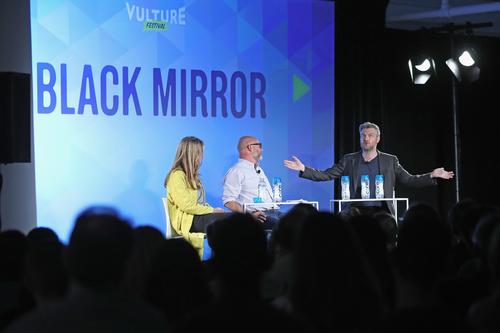 Netflix has just released six behind-the-scenes featurettes which fer insight and help further excavate all six episodes the latest season  Black Mirror. The show’s creator Charlie Brooker and executive producer Annabel Jones investigate each episode (which they refer to as a film) to reveal their inspirations for each segment and how they began to manifest their ideas.

Beyond the six featurettes which greatly compliment each the show’s films is a seventh featurette, which primarily centres on Brooker as he discusses whether the individual stories within the series are apart the same, singular universe. Peep the creator’s thoughts below:

Now here are all six the featurettes to help you maneuver through each episode, and pick up all the references and information that you may have either missed, or not fully understood:

In other Netflix news, the streaming service is readying its latest original series, Altered Carbon, which is set to debut February 2. This latest episodic endeavour is set in a post-apocalyptic world, where human bodies are mere hosts to conscious brains that can be removed and displaced at whim. The series resembles Ghost in the Shell in a narrative context, while recalling the techno-dystopia  Blade Runner.