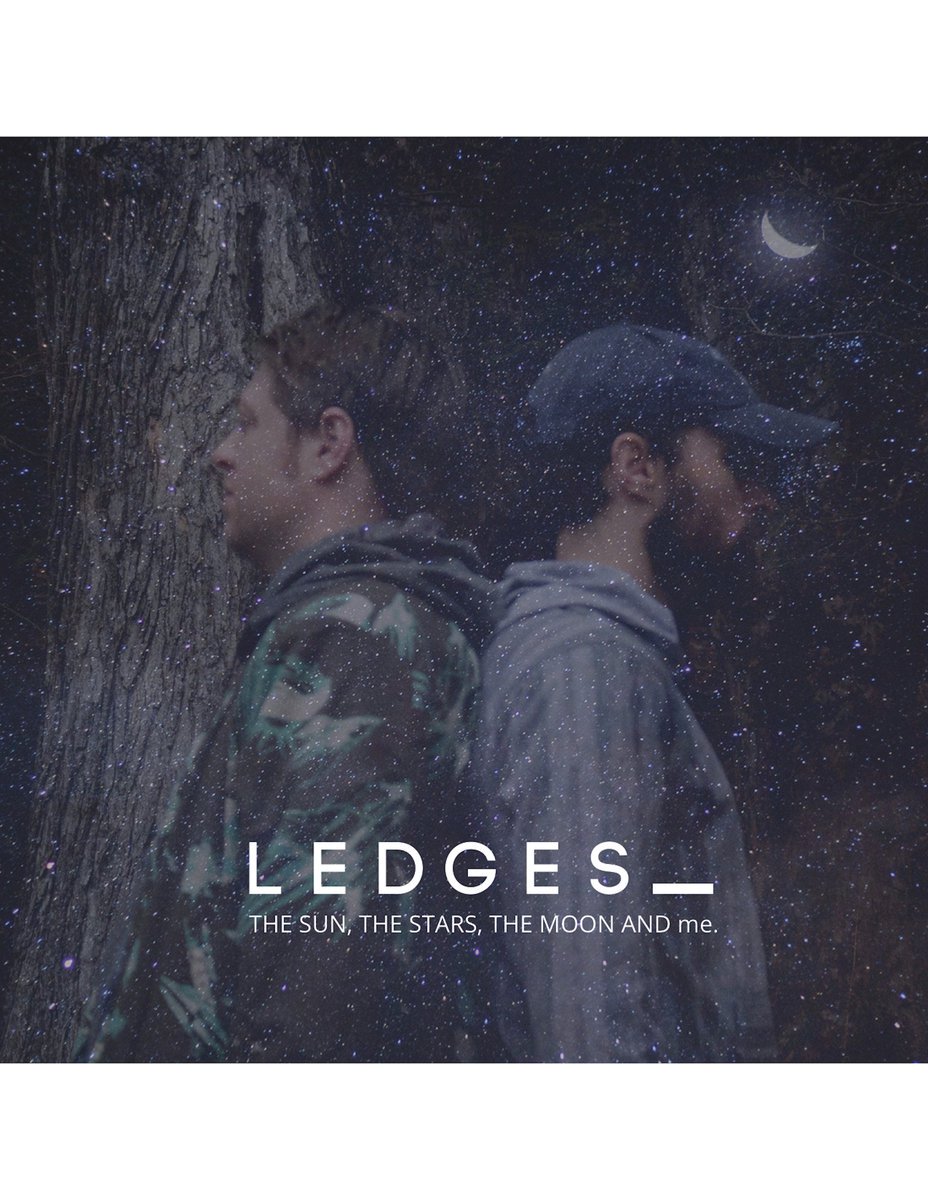 New Artist Spotlight: Ledges Bring Shoegaze up a Level and Gaze at 'The Sun, The Stars, The Moon and Me'

Ledges are a duo comprised of two friends who met in college in Connecticut. At first, producer Anthony Vertullo and Songwriter Stephen Connolly simply bonded over a mutual love of music, as both fell in love with the emerging chillwave scene of the mid-00s. Chillwave was born out of a fusion of dream pop and shoegaze, originally analog disciplines, with trip hop beat structures now merging and rooted in electronica. Over the years, the two friends and now members of Legdes kept in touch, and emails about music soon turned into exchanges of ideas, stems, melodies and eventually tracks.

Music fans first, once Vertullo and Connolly had amassed a large catalog of songs, they reached out to one of their idols in the chillwave and dream pop scene, John Jagos of Brothertiger. Jagos agreed to mix and master a grouping of the friends’ favorite songs, and The Sun, The Stars, The Moon and Me was born, making Ledges an official musical duo. This debut is chillwave but much more, with heavier trip hop beats than the average chillwave track and a wispy vocal contribution from Connolly. In short, it takes shoegaze, trip hop and even dream pop up a level by folding even more indie, jazz and funk into a genre that was already fusion.

It’s clear that Vertullo and Connolly enjoy experimenting with old Casio and other vintage synthesizers to make the base of their tracks. This is really apparent in the track “She’s Talking to Me,” which opens with a classic Casio-like snare. It might even be off of an old organ, so primitive-sounding is that synth snare. A warmer beat supports such experimentation. While Connolly plays with these synths on the production end, Connolly’s songwriting and their shared melodies are done with such quality that Ledges thus has the space for these fun nods to the past.

The vintage elements of the synths and snares combine with modern composition and melodies to create a sound that is definitely unique to Ledges. A highlight which really shows this combination is the album’s opener “Mirabelle (The Flood),” which has a definite root in 80s synths and composition, but the vocals and the way the track moves is clearly modern and chillwave influenced. It also has some great funk elements in the 80s-style synthy bass, and these elements really drive the track so that it’s not completely ambient and shoegazey. It’s a great balance and a great example of the quality of Ledges’s work.

If The Sun, The Stars, The Moon and Me is the bar Ledges have set for their sound, fans of dream pop, shoegaze and chillwave will want to keep an eye on this duo. It sounds like they already have a pretty big catalog ready to go for a second release, not to mention what will happen as they continue to develop their sound.

The Sun, The Stars, The Moon and Me is out now and available to stream or buy on Ledges’s Bandcamp page, iTunes or Spotify.