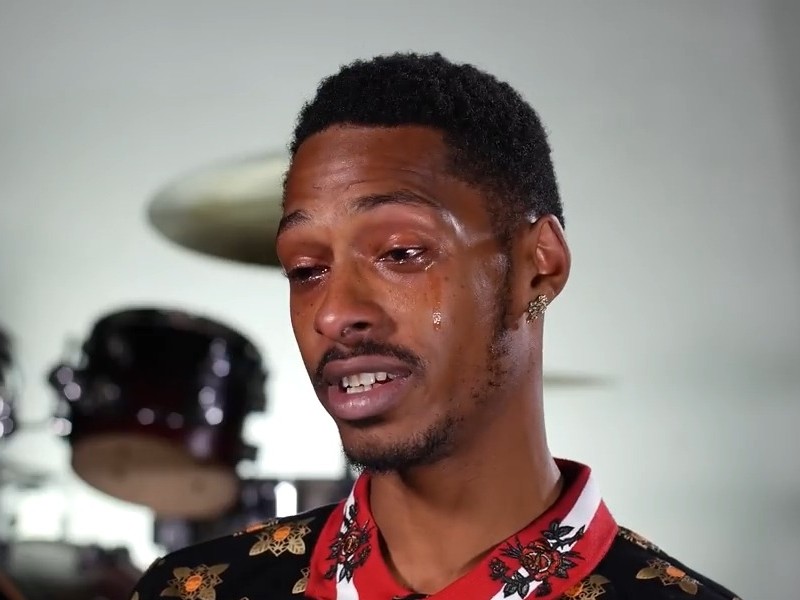 New Boyz member Ben J, whose single “You’re A Jerk” was at the forefront jerking dance craze, was in tears when speaking about killing a home invader. During an interview with DJ Vlad, Ben became emotional while recalling how he took another man’s life in Las Vegas.

Around the 2:20 mark the interview, Ben was overwhelmed while reflecting on what happened. He was particularly worried about the safety his sister, who was in the house at the time.

Ben explained how his inexperience selling weed put him in a vulnerable position, which became a deadly one. After making arrangements for a potential deal, the supposed buyer set him up for a robbery. A home invader arrived at Ben’s place, pointed a gun at his head and began taunting him. Ben shot him, the robber fell to the ground and Ben shot the man again.

Ben explained that he exited his apartment and saw another person, who he believes was the home invader’s accomplice. He resisted the urge to shoot this other man, began running and called his friend. In his haste, he completely forgot his sister and had to return to get her.

Eventually, the police came and Ben was questioned. According to him, Warner Bros. Records sent a lawyer to deal with the situation. In the end, no charges were made as authorities concluded it was self-defense. Ben moved away from Vegas but claims he gets death threats every day.

Watch the interview above.