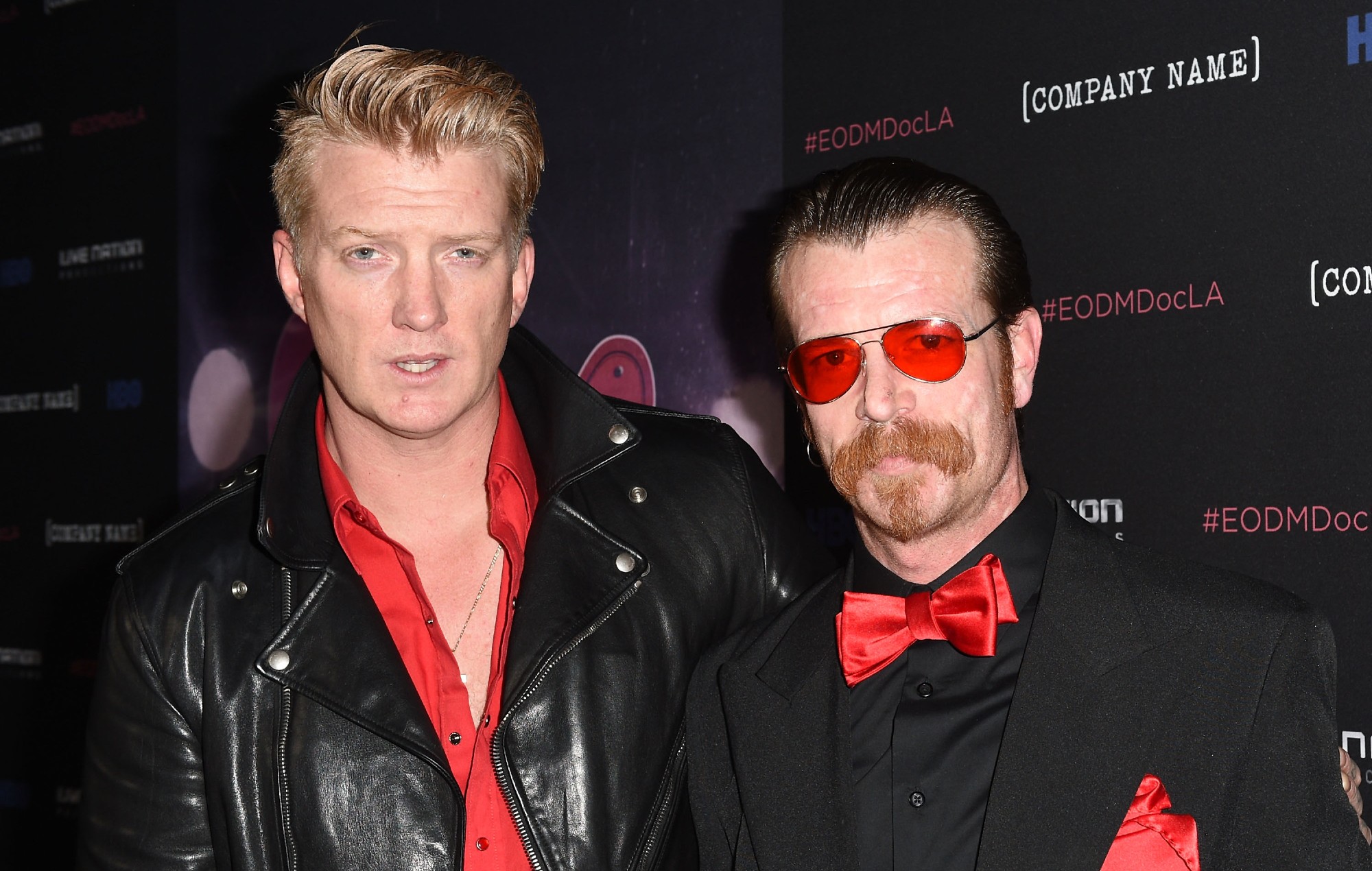 A new Queens Of The Stone Age album has seemingly been confirmed by Eagles Of Death Metal’s Jesse Hughes.

Eagles Of Death Metal were founded by Hughes and Queens Of The Stone Age mastermind Josh Homme, with the pair writing and recording all four of EoDM’s studio albums together.

In a recent Instagram livestream, Hughes is asked “what have you guys been up to?” before the vocalist replies: “Recording”.

Hughes goes on to say Eagles are “recording a new record. Queens just did one, now we’re doing ours now.” The footage can be seen on Reddit. The last Queens Of The Stone Age record was 2017’s ‘Villains’.

The news comes as Queen Of The Stone Age have started revealing tour plans for 2023. The band were due to headline Reading & Leeds Festivals in 2021 and Mad Cool earlier this year, but cancelled both appearances due to “restrictions and logistics“. The last proper headline show from the band was 2018, as the band toured Australia.

As it stands though, Queens Of The Stone Age are set to appear at both Southside Festival and Hurricane Festival next year, which both take place in Germany in June.

They also appeared at the Californian leg of the tribute concert, switching out ‘Gunman’ and ‘Dead End Friends’. Prior to that, Them Crooked Vultures hadn’t performed together since 2010.

Earlier this year though, Grohl said a possible return was on the cards, saying “I hope that someday we do it again.”

His comments come after Homme spoke of his hope for the band’s reformation in 2019, admitting that there is “always something cooking”.