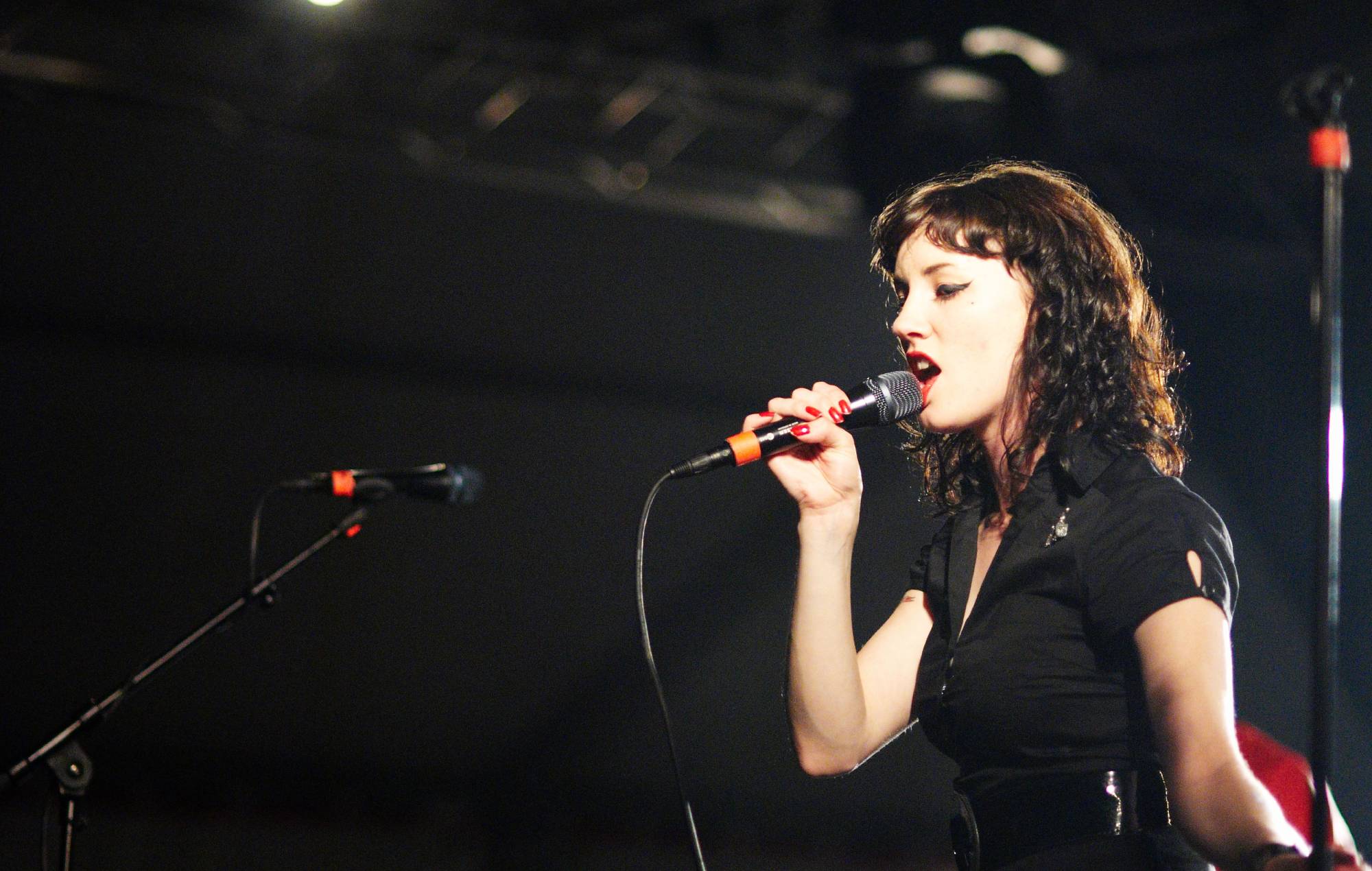 The installation, which is taking place at Leicester’s LCB Depot, is called ‘Built For Sound’ and features a new loop sound by the band.

It was recored by Paul Mazzitelli at R10 Leicester and is the group’s first new work since they broke up back in 2008.

Speaking about the project, Jackson, who was the group’s front woman, said: “I first had the idea for Built For Sound during the second lockdown. We spent a lot of time at home watching old reruns of Top of The Pops and I became fascinated with the architectural stage sets and neon lights built slightly differently for each episode.

“I kept thinking about the stage without performers and how abstract these sets would seem, like works of art in themselves.”

“At the time there were of course no live performances happening anywhere and I had a lot of friends (musicians, crew, agents and promoters) who were out of work and struggling because of the pandemic,” Jackson continued.

“As we didn’t know when live performance would return, this is a space built in a gallery for filmed performance rather than live performances. The set design references those old Top of The Pops sets but which in today’s context feels slightly haunted too.”

A statement about Jackson’s ‘Built For Sound’ project says it aims to “highlight the absence of performance, while still recreating the atmosphere and excitement of the stage.”

The statement adds that during its six week run, “the project also aims to provide a space for filmed live music performances, a hands-on synthesiser workshop, and disco events for babies/toddlers and people with learning disabilities.”

The installation will run until January 28 and is open by appointment. Visit the website here for more information.

Last December, The Long Blondes released a deluxe reissue of their 2006 debut album ‘Someone To Drive You Home‘.

The Sheffield band’s debut was hailed by NME and described “as fantasy pop, performed to perfection”.

Our review added: “With a music scene awash with [Arctic Monkeys copyists], such gritty realism is a welcome relief. The Long Blondes have had enough of life-kicking around takeaway trays on the streets of Planet Earth. Instead, they’ve made a record that’s in a world of its own.”

The Long Blondes released a follow-up album ‘Couples‘ in 2008 but split up that same year after guitarist Dorian Cox suffered a stroke.