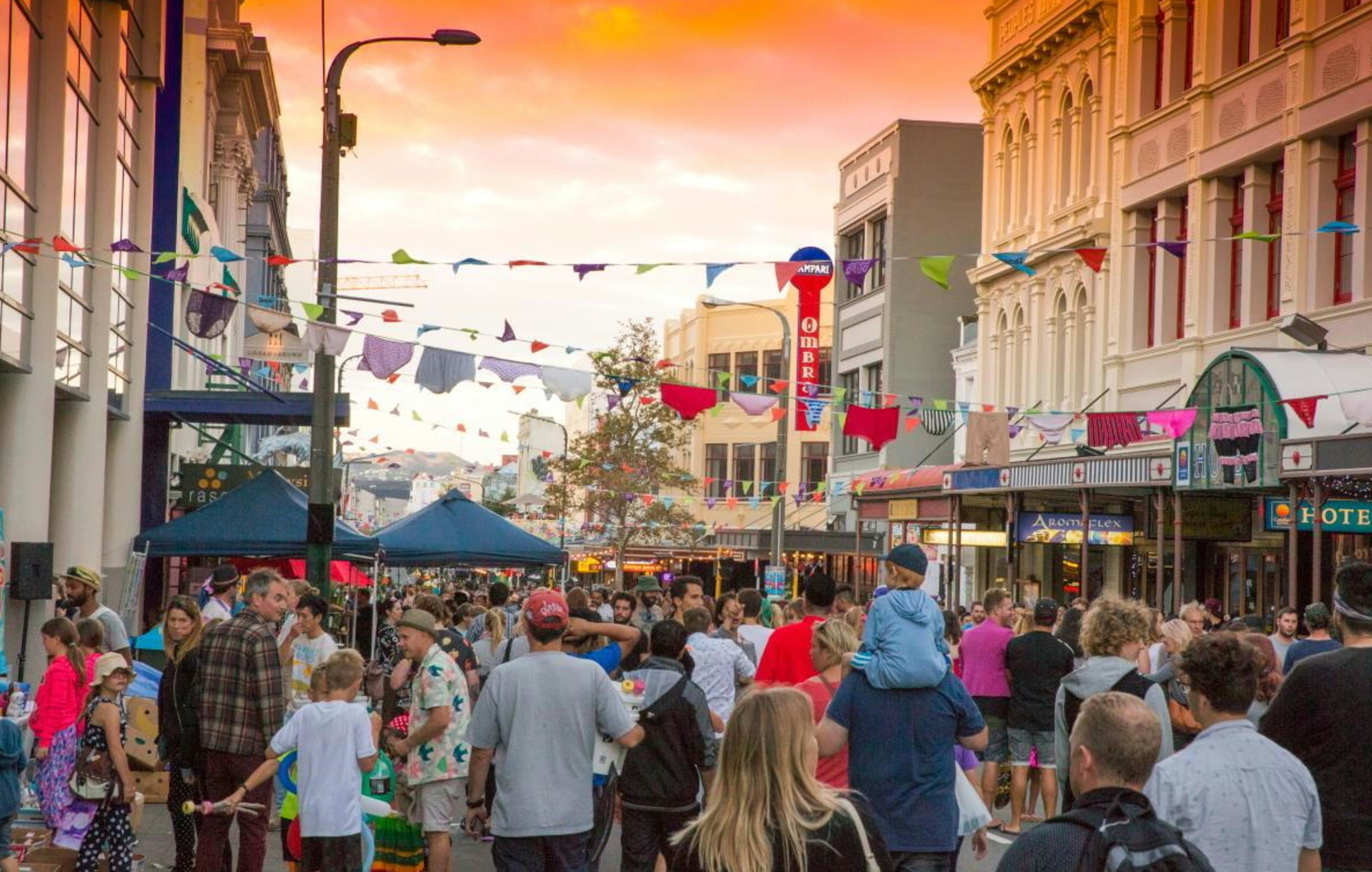 It’s estimated that 120,000 people were in attendance on Saturday (March 27) alone at the two-dayer in Wellington, with the city having lifted all remaining COVID restrictions earlier this month (via Reuters).

CubaDupa, which is free to attend, offered up over 19 hours of curated entertainment across its 50 stages and areas, bringing more than 500 performances as well as 20 parades including around 1750 artists.

Gerry Paul, Festival Director of CubaDupa, said (via Scoop Culture): “The team and I are just buzzing! We just feel so lucky to be able to host the most diverse and creative festival in New Zealand, and what we know to be the biggest music and arts festival in the world right now.

Where else in the world is something like this happening right now?

Two years in the making, @cubadupa was absolutely fizzing on the first day of the two-day festival.

With the second day in full swing, CubaDupa turns into one giant party with surprises around every corner. pic.twitter.com/ZYYFFrEKeF

Someone must have captured this much better than I did, but this in Wellington today where 8 music groups along one street played one composition – using headphones to keep in sync. #CubaDupa pic.twitter.com/ey5bxOgFe6

“The streets were pumping, and alive with colours, music, and tantalizing smells from the street feast. If I had to describe it, I would say it’s like Mardi Gras, meets Notting Hill, meets Laneways’ earlier festivals.”

Paul said it was the “busiest” CubaDupa yet, adding that “the atmosphere was electric” over the weekend. “The artists, audience, suppliers, vendors – everyone was just smiling ear to ear, dancing and parading through the streets,” he explained.

Although all social restrictions have now been removed in the city, attendees were encouraged to scan in using QR codes. A “sani-squad” were also patrolling the streets, providing people with hand sanitiser.

Speaking to NME last month, SIX60 frontman Matiu Walters discussed the importance of gigs – saying “there will never be a replacement for live music”.

“Live shows are so important for musicians, because not only is it how we earn money but they’re so vital for our mental health, he said. “It’s the same for music fans as well, you need gigs for your own well-being.”

Meanwhile, 5000 people attended a concert in Barcelona on Saturday as part of a COVID-19 experiment.