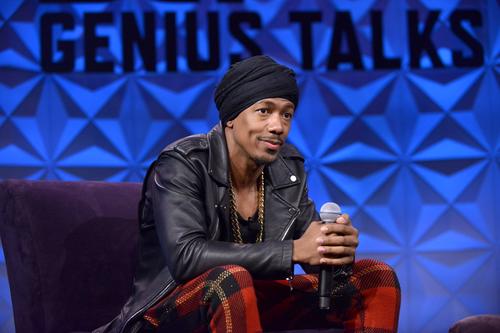 A couple weeks ago, we reported that Chris Brown & Nick Cannon were teaming up for a new indie film called She Ball, which would focus around a women’s street basketball league. Cannon will not only star in the film, but he’ll also direct, write, and produce the upcoming indie film as well.

So with that said, Nick has been receiving backlash on Twitter for hiring Chris Brown as an actor due to his history domestic violence, but Nick isn’t backing down. In fact, Cannon has come to the defense Brown, suggesting that when it comes to domestic violence, black men typically get looked at worse by the public than white men.

Nick said these comments to A TMZ cameraman, who caught up with him at LAX the other day. “What about Sean Pean? They ever hate on his past and the movies he did,” Nick says. “It’s definitely a double standard. They want to turn a black men into a monster any chance they can.”

As pointed out, Penn faced allegations for years that he abused Madonna while they were married, but Madonna later claimed Penn never struck her. However, Brown on the other hand was convicted felony assault for beating up Rihanna, which makes this a little different in comparison. But it’s clear Nick was trying to get the point across that society has it out for black men more so than white.

Cannon also added that his upcoming film, “She Ball,” is going to be a must-see viewing, before being asked to talk about Mariah’s return to the stage on NYE.

RELATED: Chris Brown Is One Of The 10 Most Certified Artists In RIAA Singles History

Check out the clip Cannon talking to the TMZ cameraman (below) and let us know what you think. Should people be so hard on Chris for serving this role in a female-driven movie or nah?