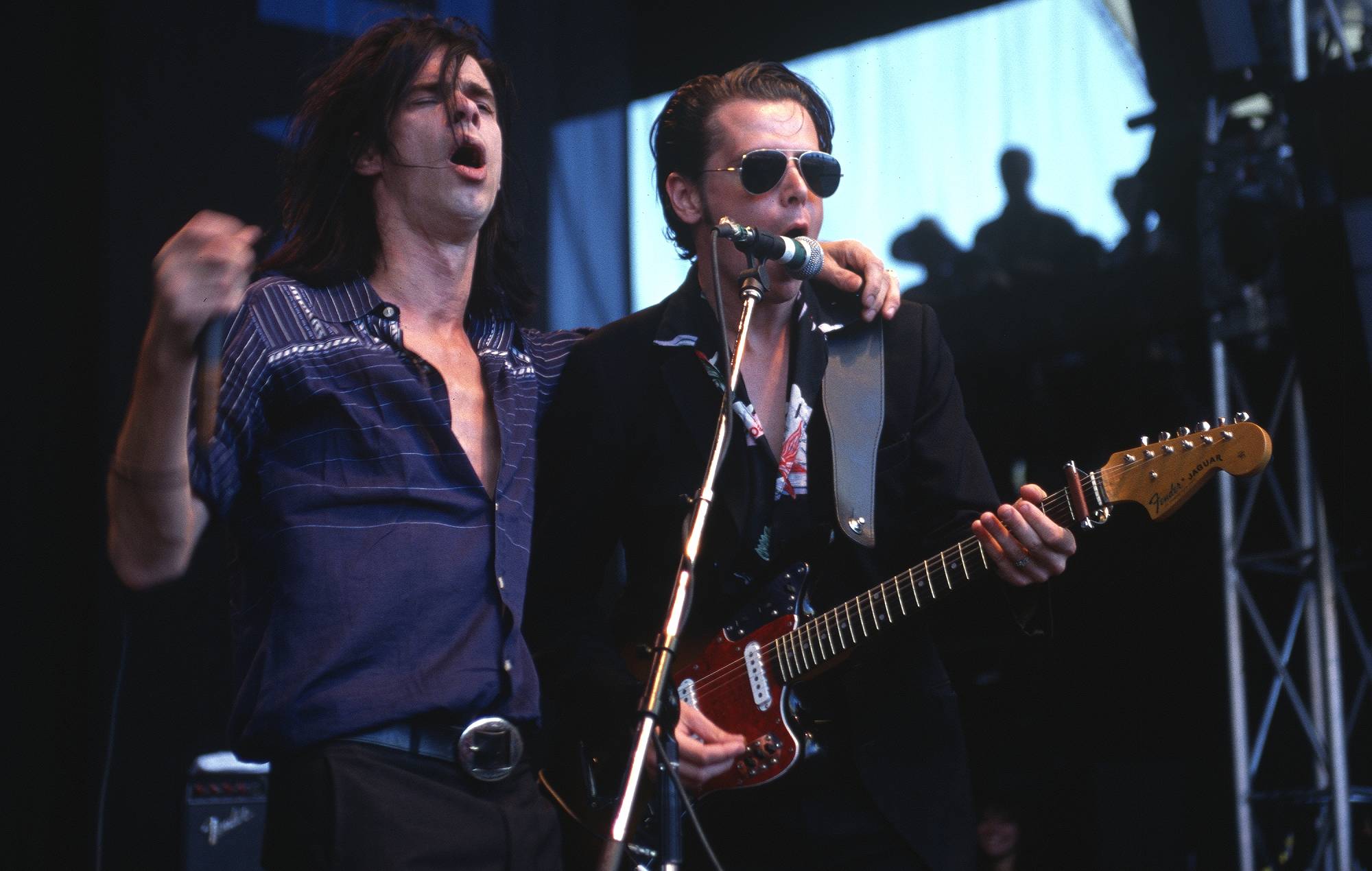 In an exclusive excerpt of a new conversation between Nick Cave and his former Bad Seeds and Birthday Party bandmate Mick Harvey, the frontman has shared a tender memory of missing a gig due to being locked in jail before Harvey came to his rescue.

To celebrate the release of new compilation ‘B-Sides & Rarities Part II‘, two new audio conversations between Nick Cave & Mick Harvey and Nick Cave & Warren Ellis will be released on Wednesday October 27 at 10am BST here. Until then, below is an exclusive excerpt of Cave’s conversation with Harvey, in which they discuss the time that the frontman missed a show having been arrested.

Asked about their favourite memory of being in one another’s company, Cave replied: “I can I answer that one. This is not by far the best moment, but it is a testament to many things about your character that I valued. I was in jail in New York. I’d been picked up and busted and I was in jail for a couple of days. I think I missed the gig, because I was in jail. Is that right? We just played Iceland and arrived in New York.”

Cave continued: “And I got dropped off the bus and went and scored and got busted and the police caught me, and they put me in jail for two days. No one knew where I was because we were staying at the Iroquois Hotel, and I was given one phone call and I said I want to ring the Iroquois hotel and they said how do you spell that and I couldn’t spell it.

“So, I didn’t get my phone call so I was never able to alert the band as to… it’s a difficult word. It’s a difficult word to spell. And especially when you’ve got, when you’re in a cage full of like 20 other reprobates. Anyway, what happened was that no one knew where I was, I guess. And I missed the gig. And you rang around all the hospitals, I think and police stations, or whatever somebody did, anyway, it was a pretty bleak time in the jail. And then you arrived at the jail, and you had a carton of cigarettes. Do you remember that?”

Cave then went on to explain a very valuable lesson that he learned from the whole ordeal during his time on the inside.

“OK, so the next person came up and I said, ‘Yes it’s a dollar’ and they went ‘Ah alright’, and then I just sat there handing out cigarettes and getting a dollar for each cigarette. And I was like the king of the cage. So, thank you again.”

Harvey collaborated in both The Birthday Party and Nick Cave & The Bad Seeds until Mick’s departure in 2009. In the rest of the conversation coming next week, Harvey also reveals if there’s any truth in the infamous rumour that he once punched Nick on-stage.

‘B-Sides & Rarities Part II’ is out now. The record was compiled by Nick Cave and Warren Ellis, and contains 27 rare and unreleased tracks from 2006-2020, including the first recordings of ‘Skeleton Tree’, ‘Girl In Amber’ and ‘Bright Horses’.

Having recently completed an acclaimed UK tour with Warren Ellis for their 2021 album ‘CARNAGE‘, Cave will be returning with the Bad Seeds for an extensive tour in 2022. He also recently announced details of a new memoir, entitled Faith, Hope And Carnage.