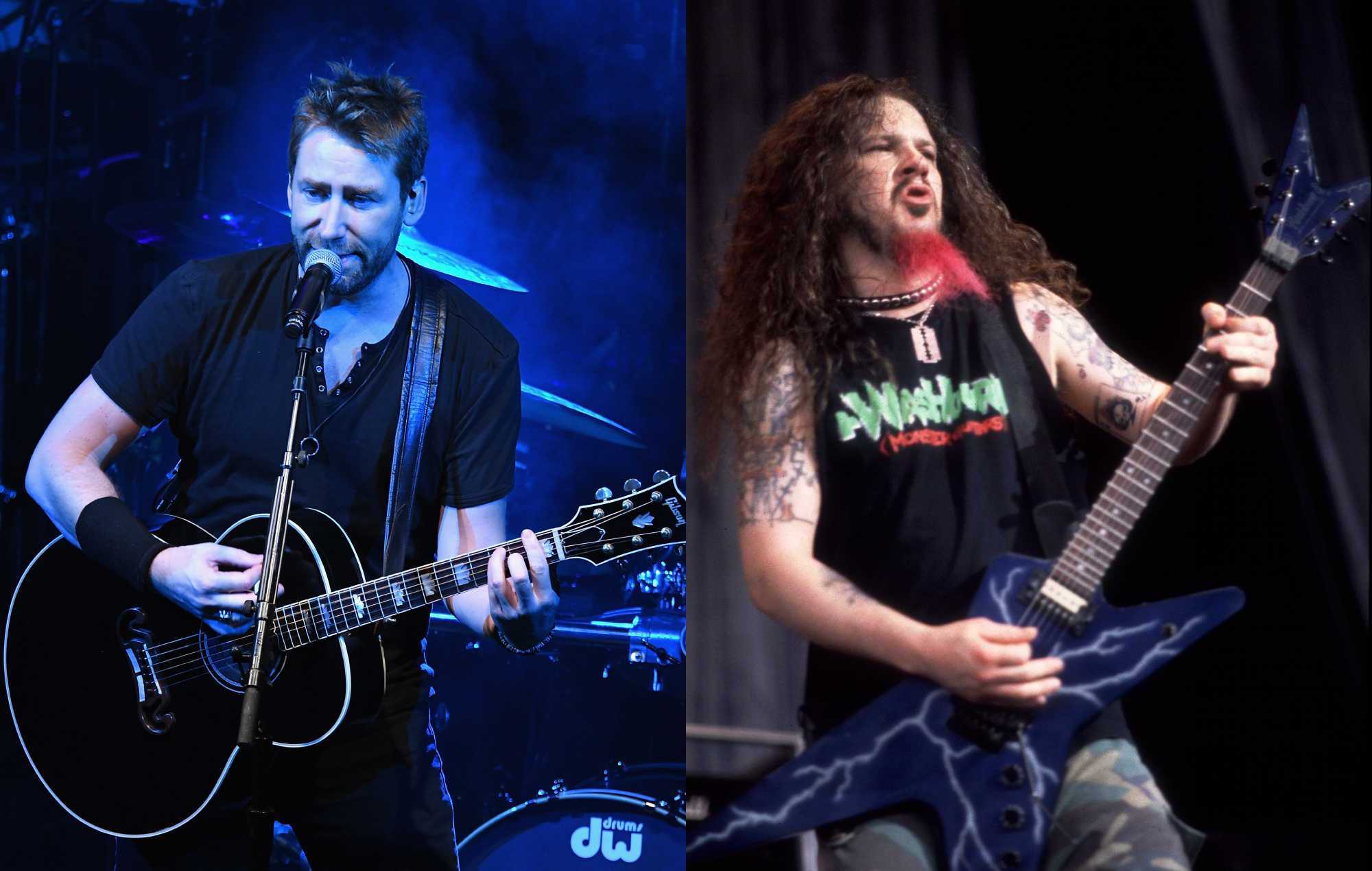 Nickelback’s ‘Side Of A Bullet’ features previously unreleased Dimebag solo

A guitar solo by the late Dimebag Darrell was incorporated into the 2005 Nickelback track ‘Side Of A Bullet’.

As reported by Guitar World, Nickelback frontman Chad Kroeger once played the track, which appears on the band’s fifth studio album ‘For All The Right Reasons’, to Dimebag’s brother, Vinnie Paul, asking if the Pantera drummer would redo the drum parts. While he declined, he suggested the Canadian band use some of Dimebag’s unused material instead.

The two groups had a close friendship and ‘Side Of A Bullet’ was written from the lyrical perspective of a Pantera fan seeking revenge for Dimebag’s death.

With permission from Dimebag’s girlfriend Rita Haney, Nickelback were sent a number of solo outtakes from Pantera’s albums ‘Vulgar Display Of Power’ and ‘Far Beyond Driven’.

“They were our brothers,” bassist Mike Kroeger said in a previous interview (via Guitar World). “And then when Dime was murdered, we wanted to pay tribute to him. We were able to get some of his unused solos and a few other bits of his playing that we would actually lay into the track… It was a really special thing for us.”

Nickelback and Pantera first met in 2002, when they were introduced by Alice In Chains guitarist Jerry Cantrell.

“A lot of people didn’t like the fact that they were friends with us, or fans of our music,” Kroeger continued. “But the metal world can be a little intense to its own, y’know? So it was just really cool that they didn’t care about that, and they just wanted to be friends with us because they liked what we did.”

Dimebag also played with Nickelback on their cover of Elton John‘s ‘Saturday Night’s Alright (For Fighting)’, which also featured Kid Rock and appeared on the Charlie’s Angels: Full Throttle soundtrack.

In other news, Nickelback recently announced their new album, ‘Get Rollin’’ and shared the first single ‘San Quentin’.

The four-piece confirmed back in August 2021 that they were working on a new record, which will be their first LP since 2017’s ‘Feed The Machine’.

“We’ve spent the last few years making a record at a pace that gave us the freedom to create and we can’t wait for everyone to hear the new music,” the band said in a statement. “We’ve missed the fans and look forward to bringing the new songs to life on stage, so let’s Get Rollin’!”