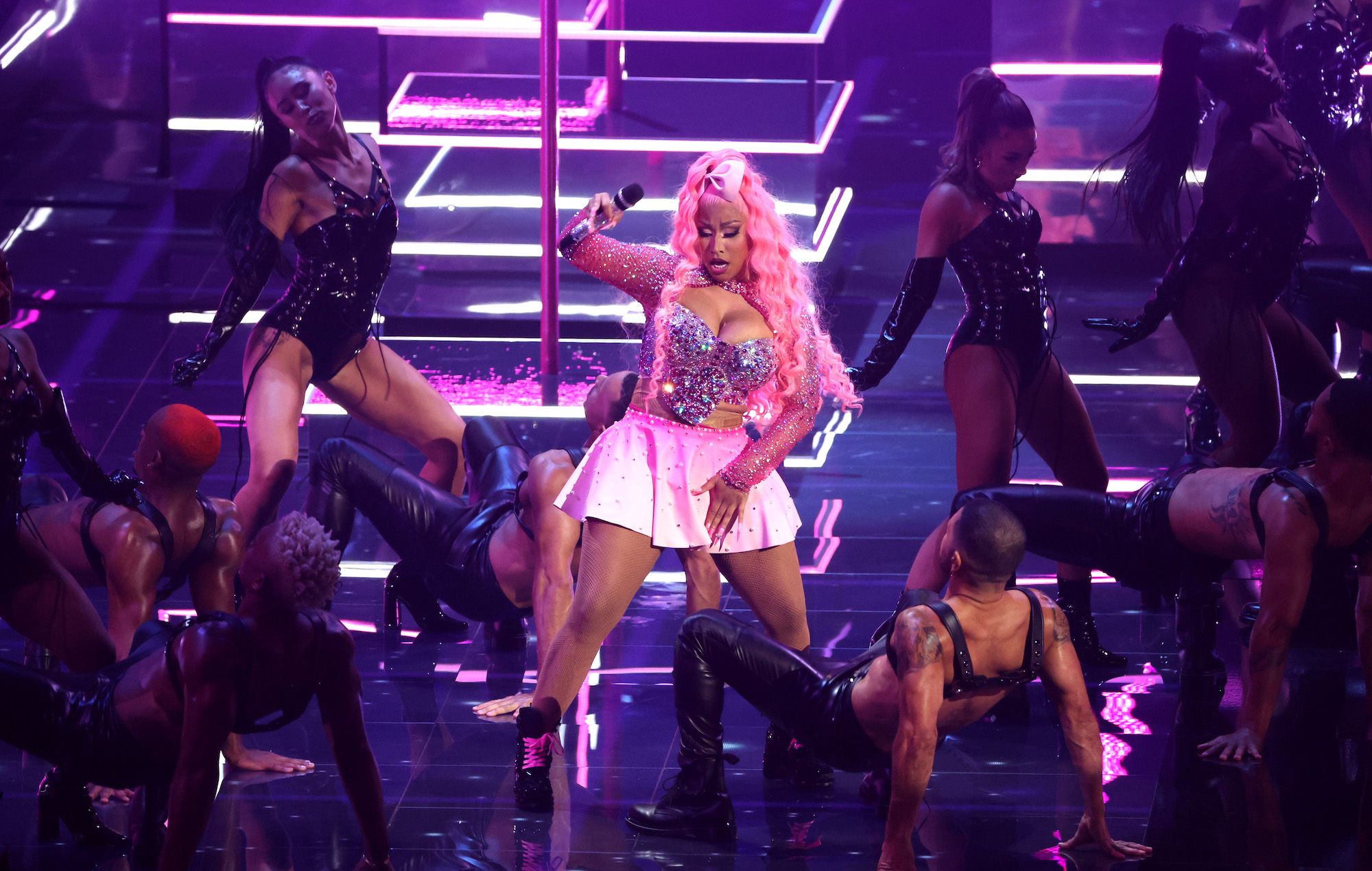 Nicki Minaj delivered a career-spanning performance at the MTV VMAs 2022 tonight (August 28), where she is collecting the Michael Jackson Video Vanguard Award.

The rapper is also co-hosting the ceremony alongside Jack Harlow and LL Cool J at the Prudential Center in New Jersey.

Minaj blasted through several of her biggest hits from throughout her career, including ‘Super Bass’, ‘Bees In The Trap’, ‘Anaconda’, ‘Moment 4 Life’, and her verse from Kanye West’s ‘Monster’.

The rapper also featured her new single ‘Super Freaky Girl’ in the performance, for which she was joined by male and female dancers to help deliver a raunchy choreography from a neon-lit stage complete with poles and podiums. Watch footage of the performance below now.

As she picked up the Video Vanguard award, Minaj thanked artists who have inspired her and given her opportunities over the years. “I wish that Whitney Houston and Michael Jackson were here,” she also said.

“I wish that people understood what they meant and what they were going through. I wish people took mental health seriously, even for the people you think have perfect lives. I wish Pop Smoke, Nipsey Hussle and Juice WRLD were still here.”

Harlow, Lil Nas X and Kendrick Lamar led the nominations going into the night, with seven each. Doja Cat and Harry Styles follow behind on six nods, while Taylor Swift is in the running for five awards. Keep up with all of the winners as they happen here.

More performances at the MTV VMAs 2022 will come from Måneskin, Panic! At The Disco, Red Hot Chili Peppers and more. Eminem and Snoop Dogg will also give a special performance tonight, as the pair team up for a “metaverse-inspired” version of their recent collab, ‘From The D To The LBC’.

Harlow kicked off the night with a special performance of ‘First Class’ with Fergie, while Lizzo brought her new single ‘2 Be Loved (Am I Ready)’ to the VMAs stage. BLACKPINK also made their debut appearance at the VMAs with ‘Pink Venom’.

Meanwhile, Minaj became the first solo female rapper to have a single debut at Number One on the Billboard Hot 100 since 1998 last week with ‘Super Freaky Girl’. The track is also her first US Number One as a lead artist.