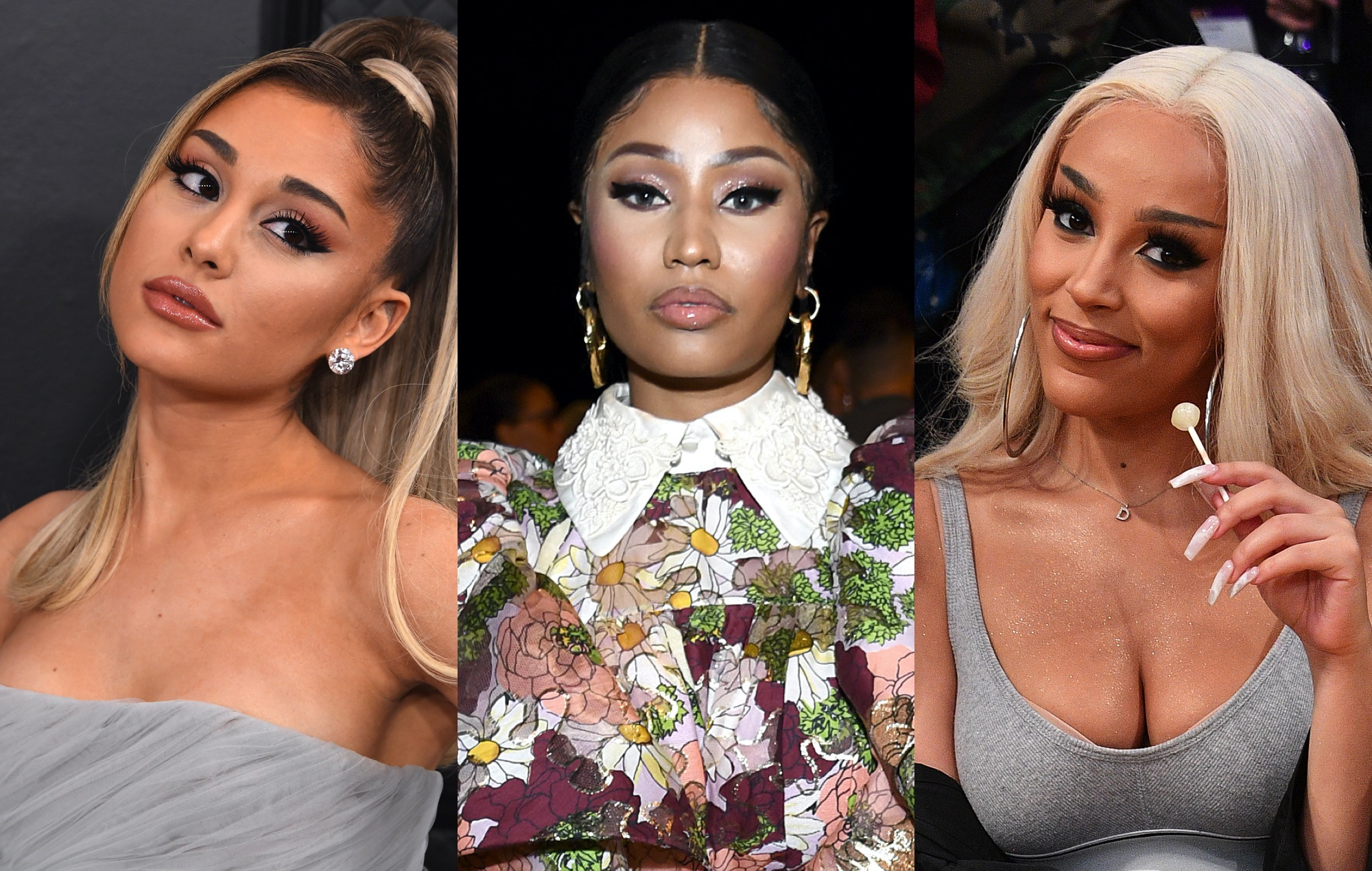 Nicki Minaj fans, known as the Barbz, have been sent into a frenzy today with rumours that a collaboration between the rapper and two previous collaborators – Ariana Grande and Doja Cat – is on the horizon.

Back in May, Grande mentioned to Zane Lowe that she had a collaboration in the works with Doja Cat.

“I was able to work with her earlier this year on this song that I want to save for whenever it’s time again to drop,” Grande said.

“I remember when I first wrote it and sent it to her, she was in the shower and she was like, ‘Bitch, I love this’.”

In a seemingly unrelated occurrence, pictures of Nicki Minaj were screened across Times Square earlier this week for Spotify.

What has really planted the seed in the minds of Minaj’s fans is her record label, Young Money, posting fan art by Instagram user @felix_dragon of her, Grande and Doja on Instagram.

However, the record label also put out a tweet, hinting that they don’t have a clue when new music from Minaj is coming.

“Nicki Minaj Is Coming…Only Nicki knows, but we here for the chart takeover when she ready,” the tweet read.

Only Nicki knows, but we here for the chart takeover when she ready 👑

Regardless, fans have gotten the hashtag #NickiMinajIsComing trending across Twitter, citing the fan art and the Times Square images as reason to believe that new music from Minaj is imminent.

Minaj hasn’t released solo music since she dropped ‘Megatron’ last year. However, 2020 has still seen the rapper get her first two US #1 hits – ‘Trollz’ with Tekashi 6ix9ine and, funnily enough, ‘Say So (Remix)’ with Doja Cat.

Grande has also had a big year despite not having any solo music out since last year. Like Minaj, she has also topped the Billboard Hot 100 twice in 2020 – with Justin Bieber for ‘Stuck With U’ and Lady Gaga for ‘Rain On Me’.

While Nicki and Doja have only collaborated on the ‘Say So’ remix thus far, she’s collaborated with Grande multiple times throughout their careers, including 2014’s ‘Get On Your Knees’ and 2018’s ‘The Light Is Coming’ and ‘Bed’.