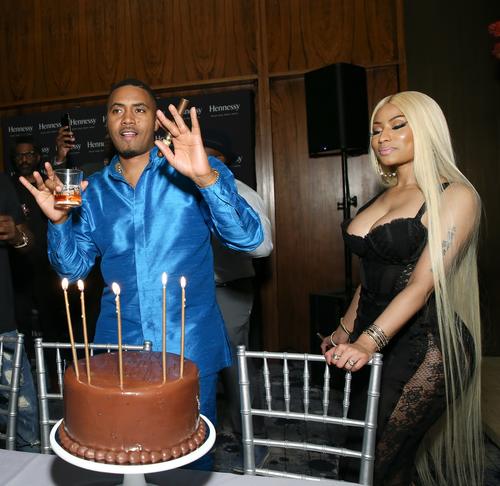 Nicki Minaj and Nas have reportedly broken up, according to TMZ. Their sources claim they broke up a few weeks a go after their relationship “ran out steam.” Recent reports claimed that Nicki Minaj was pregnant with Nas’ child but that’s also been debunked. Despite the fact they split, it seems like they’ll remain on relatively good terms. While they won’t be hanging out as friends, they also have a mutual respect for each other.

The two rappers first started dating back in June last year and the reason for their break is allegedly because living in different cities became strenuous and overwhelming for their relationship.

Now that they’ve split, they’ll both have more time to focus on their own ventures in both music and business. Neither artist has dropped in an album in quite some time despite the demand. Nas took to DJ Khaled’s to announce that eleventh studio album is done but we’ve yet to hear any other information about it other than that.

Meanwhile, Nicki’s been getting busy this year with the amount guest features she’s hopped on. At this point, everyone’s waiting on her upcoming album which she’s described as “so fucking good.”  Hopefully she ends up releasing it in 2018.