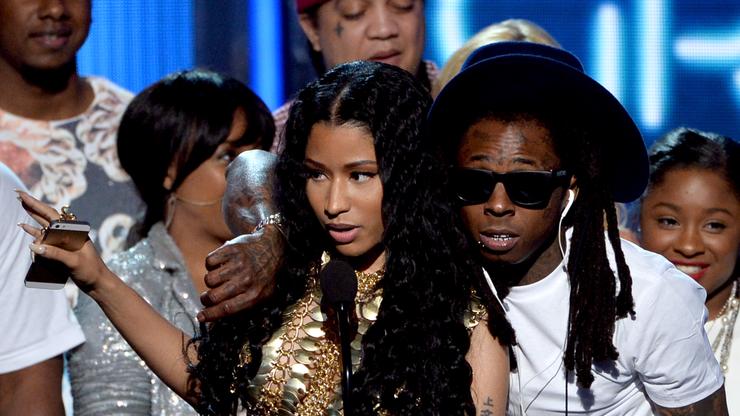 Lil Wayne & Nicki Minaj linked up on Young Money radio where they spoke about her career, nabbing a No. 1 song with Doja Cat, why social media distancing is important, and what married life has been like for Mrs. Petty.

The relationship between Lil Wayne and Nicki Minaj is a long one. Wayne was instrumental in helping launch Nicki’s career into the stratosphere and the Young Money artists and longtime friends linked up once again on Wayne’s Young Money Radio podcast.

After playing a few Nicki and Young Money collaborative tracks, Wayne and the Queen rapper exchange a few memories before Weezy wanted to know what it was like for a woman in the rap game early on in her career. Nicki stated that it was a difficult time because it was a struggle to be taken seriously by the male-dominated industry. “I don’t think people realize the work that goes into it,” she said. “If you not ready to work, then why bother?”

Wayne also asked Nicki Minaj about her social media silence and lack of posts in recent months. She explained that she’s definitely been putting in work, but she needed some time off of social media. “It can be so like, extra,” Nicki said. “I think everybody needs that time to themselves and their family and to think and for your—when people stay on social media, their thoughts become everyone else’s thoughts. They can’t think for themselves.”

Elsewhere, Lil Wayne brought up that he’d heard Nicki had tied the knot so he offered up his congratulatory well-wishes. He wanted to know how married life had been treating his fellow rap star. “Good, good, good,” Nicki Minaj said. “I can’t complain. I really cannot freaking complain. I didn’t think it would be as refreshing and calming as it is. Even if you’re not married, when you have someone who feels like your soulmate or is very understanding or understands you, it just makes you feel like you on top of the world. You just need that partner. So, I’m good.”