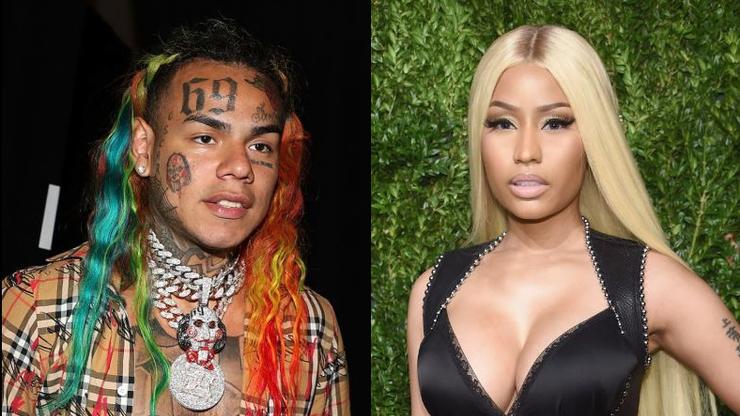 Nicki Minaj and 6ix9ine have a hit on their hands as “Trollz” reportedly breaks a hip hop record with 46 million views.

Their partnership still may be a controversial conversation in the music industry, but it’s also definitely a moneymaker. Today (June 12), 6ix9ine and Nicki Minaj dropped their anticipated collaboration, “Trollz.” The pair hyped the record by getting on Instagram Live together and even released a colorful video that highlighted Nicki Minaj showing quite a bit of skin. While there have been mixed reactions from the public—and their fellow artists—the pair of hitmakers continue to prove that scandal is good for your bank account.

The rainbow-haired duo was expected to bring in hefty numbers with “Trollz” as they’re two of the most talked-about rappers in the game, and Nicki just shared that the assumption was correct. The Queen rapper took to her Instagram page to post that the video for “Trollz” had “the most views in hip hop history in less than 24 hours.”

She penned the astonishing number in her caption to the post. “Thank you for watching y’all 🙏 #TrollzVideo just broke the record for most views ever in 24 hours for a hip hop video. 🌈♥️🎀🎈🎉🥰 46 million & counting 😘.” Love him or hate him, 6ix9ine doesn’t seem to be slowing down anytime soon. There were many who thought that the rapper-turned federal informant would struggle upon his release from prison, but 6ix9ine continues to thrive, and troll his fellow artists, under house arrest.