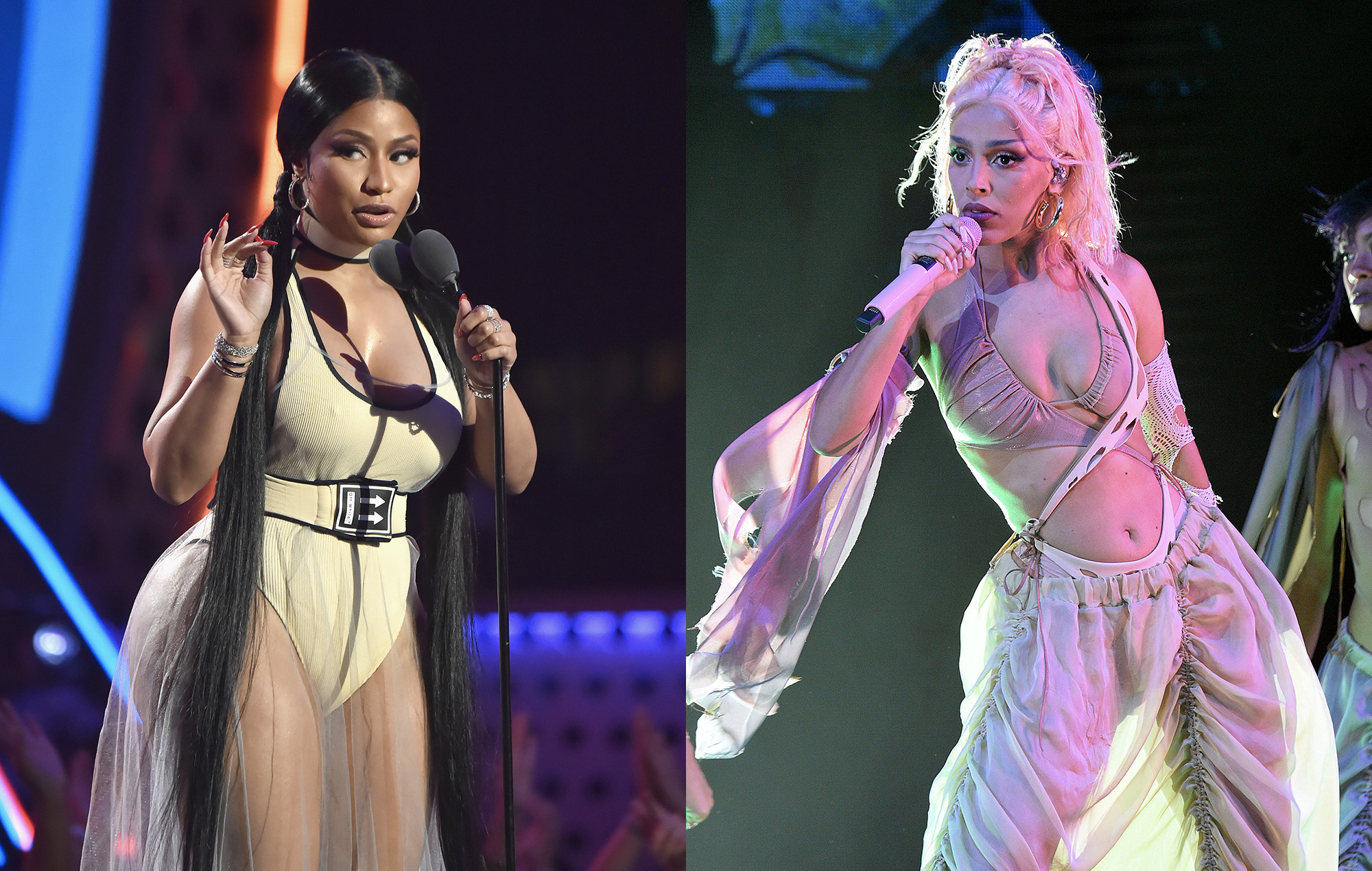 Nicki Minaj has revealed she was nearly included on Doja Cat’s latest album, ‘Planet Her’, but it didn’t end up happening.

During an audio conversation on Twitter Spaces, Minaj said she was set to feature on Doja’s track ‘Get Into It (Yuh)’. However, the rapper said she didn’t think she “could bring anything to it” and that there were too many middlemen involved.

“It’s just that there were, like, middle people involved in that situation… If it was like how me and BIA were direct and we dealt with each other directly, it would be different,” she said, referring to her remix of BIA’s ‘Whole Lotta Money’.

Nicki Minaj revealed that she was asked to be on Doja Cat’s “Get Into It (Yuh)” but it didn’t work out. pic.twitter.com/86URqRvdsi

On the outro of ‘Get Into It (Yuh)’, Doja thanks Minaj and references a line from her track ‘Massive Attack’, “Got that big rocket launcher.”

Minaj had previously collaborated with Doja Cat for a remix of the latter’s track ‘Say So’ last year.

NME gave ‘Planet Her’ four stars upon its release in April, describing it as a “job well done with more than enough bops to drown out her next social media controversy”.

Doja Cat was recently announced as the host for the 2021 MTV Video Music Awards. The artist is up for five awards this year and is also set to perform at the ceremony.