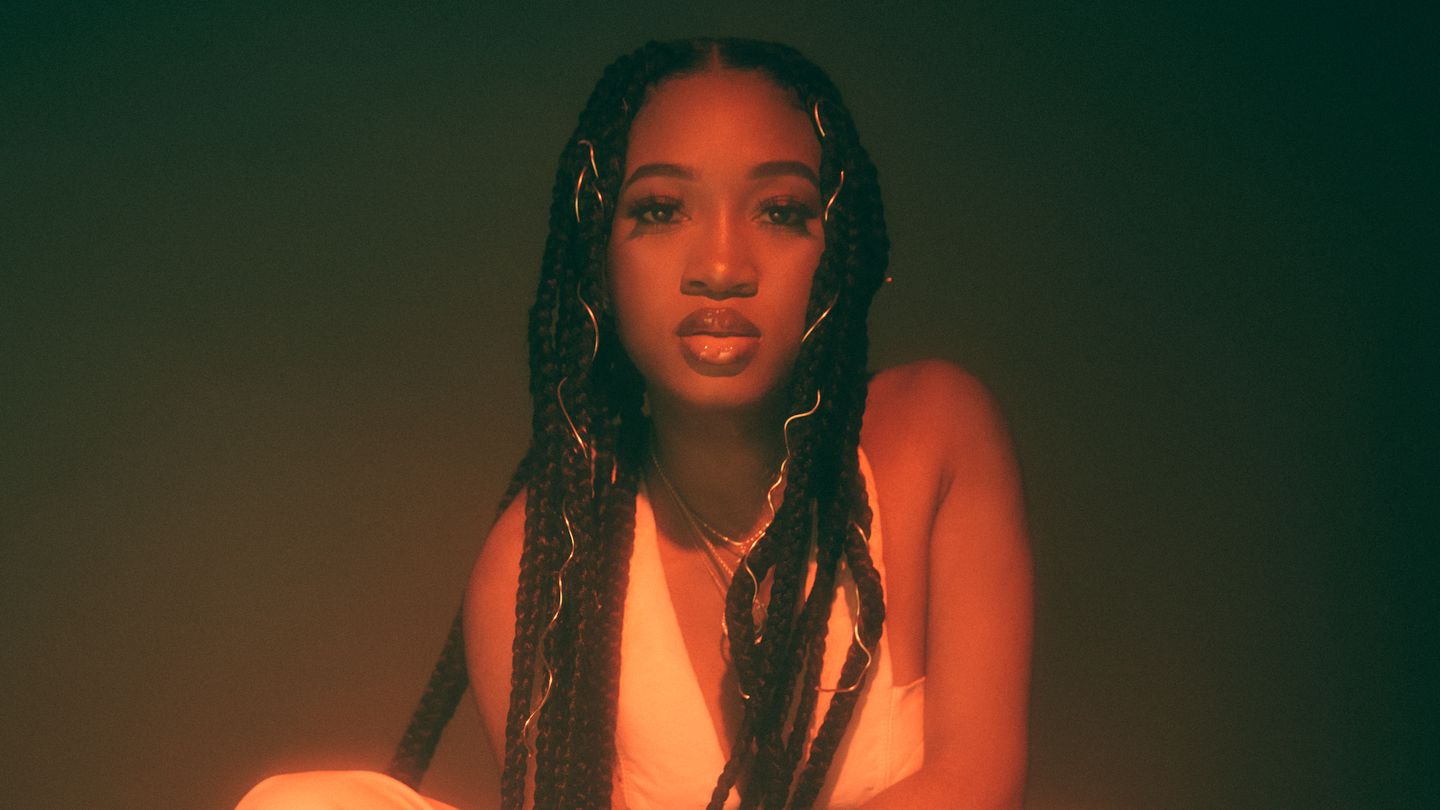 Nija Has Penned No. 1 Hits For Plenty Of Pop Stars — Now It’s Her Turn

These days, Nija Charles doesn’t have much time to sleep. In between business meetings and sessions with artists for whom she is penning and producing tracks, the New Jersey-born multi-hyphenate is booked and busy. With a resume boasting platinum tracks for artists like Ty Dolla Sign, Ariana Grande, and Beyoncé, she has become one of the industry’s most in-demand songwriters. After years behind the boards, Nija (as she’s known professionally) is finally at the forefront with her debut EP Don’t Say I Didn’t Warn You, out today (January 28).

Days before the EP’s release, she has been dealing with antsy fans demanding an update on the project, and perhaps even making “hella threats on [her] life,” as she tweeted. (Given the state of Stan Twitter, which she often lurks, this may or may not have been a joke.) The previous night, she had a studio session with Chlöe Bailey, producer London on da Track, and guitarist Omer Fedi.

“I was actually telling [Chlöe] how I was so glad I actually went,” Nija tells MTV News, “because my day was going bad yesterday until the session, and we made two dope songs.”

Despite her current prowess, Nija got into songwriting “by accident.” Growing up, she wanted to be a music producer. Her mother purchased her a keyboard as a reward for good grades in middle school. She learned to make beats by observing her aunt and uncle, also music producers, as they crafted instrumental sounds using programs like Logic Pro. During high school and partly through college, Nija uploaded her beats on SoundCloud, hoping an artist or a label might take notice. Nija, however, was one of many producers looking for a come-up, and she needed a clever way to draw attention.

“I knew that people go on SoundCloud to listen to songs, not beats,” Nija says. “So I was like, ‘Maybe if I just sing over my beats, I’ll get more people wanting my beats.’ I had the right intentions. I just didn’t realize I was using it as a marketing tool. Next thing I know, producers were like, ‘Can you sing over my beats, too?’”

Over the five years since, Nija has helped artists tell their stories by way of several hit singles, including Maroon 5’s “Nobody’s Love,” Ariana Grande’s “Positions,” and Chlöe’s “Have Mercy.” When writing songs for others, Nija becomes “an actress” freestyling melodies and lyrics in the booth and composing the demo in the vocal and lyrical stylings of the performer she has in mind.

When writing for herself, Nija also uses the freestyling approach; however, she feels she has more room to express herself.

“There are no boundaries,” Nija says. “I can be freeform, I can bend structure a little bit, I can do and say whatever I want and experiment with my whole range and just be very difficult with the melodies.”

Her 10-track EP’s title, Don’t Say I Didn’t Warn You, is an open letter to the music industry, which she says often tries to pigeonhole songwriters and discourage them from becoming performing stars in their own right. It’s also a message to her ex-boyfriend, informing him that she was only going to grow from their split.

Each track falls in line with the feelings of a relationship in which the end is imminent. In the weeks leading up to the EP’s release, Nija teased several snippets, captioning them with “warning signs” to look out for during a relationship. In a clip titled “Resentment,” Nija previews a song called “Wicked,” the opening track of the EP, and her personal favorite.

On “Wicked,” Nija reflects on the signs she missed while still dating her ex. “Tell me how did I not see that shit before?” she sings over a guitar- and drum-driven beat. Over the course of the EP, Nija goes through various stages of grief as she mourns the three-year relationship. On “Finesse,” she talks about how her former partner is “always in my phone, as soon as I move on.” While writing this song proved cathartic for Nija, she feels the best way to heal from a broken heart is to pretend the relationship never happened.

“I’m gonna delete the number, delete the pictures. I’m gonna go out with my friend,” Nija says. “I’m gonna go drink, party, and experience life more,” by way of watching movies, traveling the world, and riding her bike. “I’m going to do everything I can to give me joy and not think about the things that hurt me.”

Like anyone, Nija always feels anxious around the honeymoon stage of a new love. On a song called “Beautiful Lies,” she finds joy in the “off period” of her on-and-off relationship. She partakes in other flings, creating a version of herself in which she tells men what they like, “even if it’s just for the night,” over a bouncy, 808-driven track.

On the EP’s lead single, “Ease My Mind (Come Over),” she invites a new flame over to “clear all my thoughts and help her reach nirvana,” and to “save the day like a knight in armor.” The track’s particular musicality was inspired by a night out at the club in New Jersey, where the DJ was playing drill music. Upon hearing the fast, rumbly drum patterns, Nija desired to hear R&B sounds over those types of instrumentals.

Despite seeking new partnerships, Nija still keeps old ones “On Call” in an ode to drunk dialing. “Hennessy is the devil,” Nija says. But Nija’s not the only one exploring their options.

On the EP’s penultimate track, “You Don’t Love Her,” she insists her ex still has feelings for her. Nija came up with the concept after seeing pictures of a previous boyfriend with another girl and realizing he doesn’t appear to be happy.

By the end of the EP, she is aware she has to move on. On “Someone Else,” she opts to heal through spending time with a new person. “Fuck it, right now I need somebody to get me over,” she sings, knowing she’ll end up breaking his heart. But singing these songs and reliving the heartbreak was a “therapy session” for Nija.

“It’s a little harder for me to be emotional,” Nija says. “I have to look deep into myself and what I’ve gone through. Now, me being the artist and writing about it, I’m going in the studio, and I’m reliving those moments again and again.”

Nija hopes Don’t Say I Didn’t Warn You will help women heal from broken hearts. She also hopes it will catalyze a new era of women producers and songwriters and encourage artists to experiment more with their sounds. She’s continuing her own explorations: This year, she plans to get her own publishing label and production company up and running and elevate other emerging producers, songwriters, and engineers.

“I felt like my past few years have been really good years, and I just want to continue that,” Nija says. “I’m gonna be executive producing albums, making my own albums, doing features, giving other people opportunities — the whole nine. It’s gonna be a busy year.”