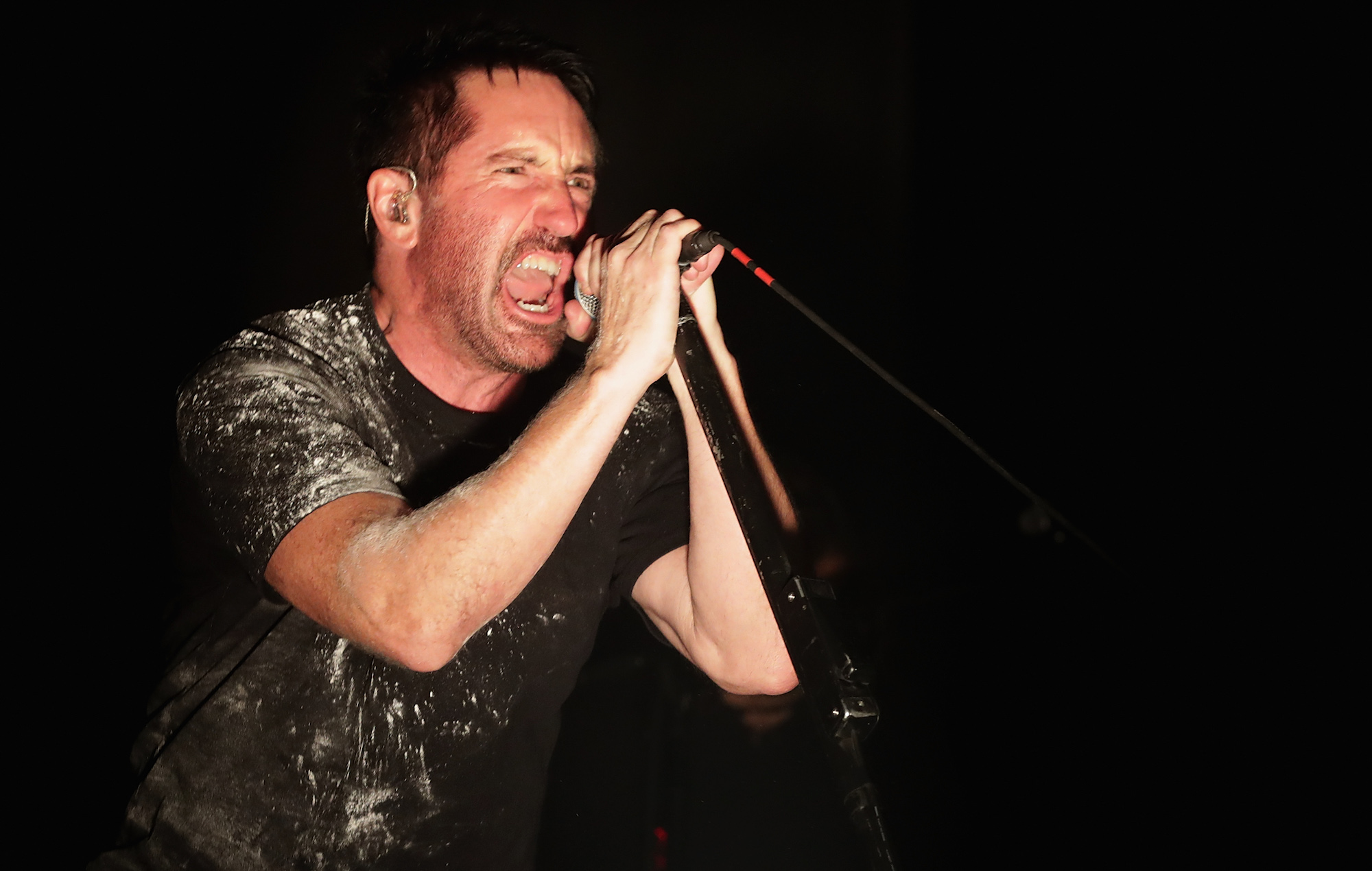 Nine Inch Nails have launched their own range of protective face coverings – check them out below.

It comes after the Trent Reznor-led band released their ‘Pandemic 2020’ line of merchandise last month, which features five T-shirt designs reflecting “our anxiety and anger during this unprecedented time”.

The group have now added a ‘NIN modular facemask starter kit’ to their website, comprising of two masks – one black, one white – and 13 interchangeable patches, including the Nine Inch Nails logo as well as words such as “Dirty”, “Fragile”, “Clean”, “Pig” and “Broken”.

Fans can also get their hands on a ‘mask expansion pack’, which contains 13 additional slogan patches. Nine Inch Nails say that the messages “can be swapped to match your mood” or “desperation level” during the ongoing coronavirus crisis.

The ‘starter kit’ is priced at £30, while the ‘expansion pack’ will set you back £15. You can order yours here.

The previously released run of NIN tees present lyrics from the band that carry a newfound relevance in our post-COVID world, including “New world/ New times/ Mutation feels alright” from 2018’s ‘Shit Mirror’ and “Every Day Is Exactly The Same”, the title of the group’s third ‘White Teeth’ single.

Two of the T-shirt designs feature the US flag: one plays on the burning artwork for 1992’s ‘Broken’ EP and reads “2020 broken”, while the other displays the line “Used to stand for something” from 2007’s ‘Capital G’.

Meanwhile, Nine Inch Nails are set to breakdown their iconic hit ‘Hurt’ for the forthcoming series of Song Exploder. The next run of episodes will land on Netflix on December 15.