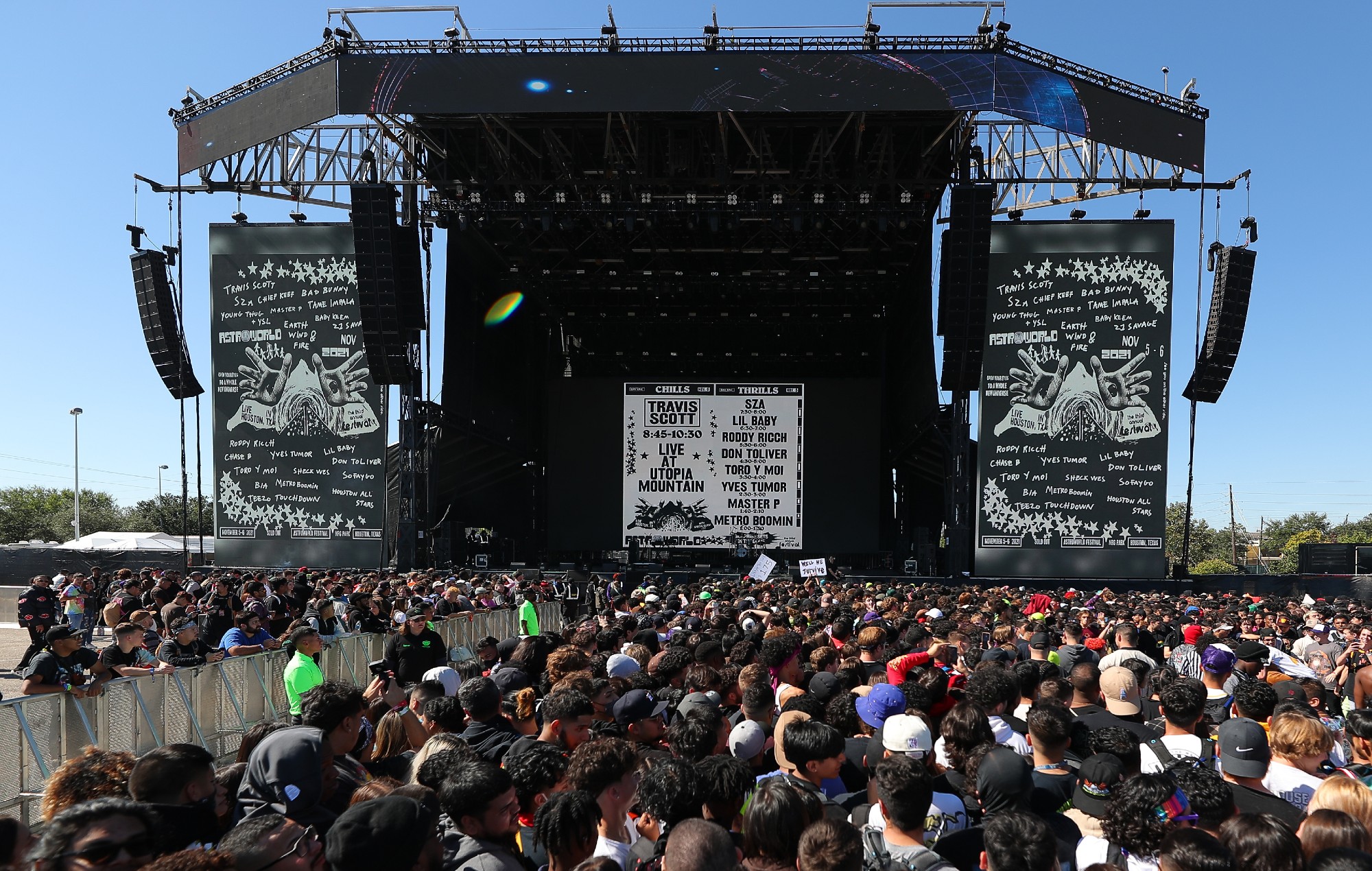 A nine-year-old boy is in a medically induced coma after he sustained “life-threatening injuries” at Travis Scott‘s Astroworld festival.

The child, named Ezra Blount, was “trampled” during the event at Houston’s NRG Park, where eight people died as a result of a crowd crush, said attorney Ben Crump, who alongside co-counsel Alex and Bob Hilliard has been retained by the boy’s parents.

In a statement shared on social media, Crump (who is also representing other Astroworld victims) said that Blount “sustained life-threatening injuries and is currently hospitalized, in a medically-induced coma”.

“The suffering that this family is going through is immeasurable,” he continued. “This little boy had his whole life ahead of him – a life that is currently hanging in the balance because of the reckless mismanagement that ensued at the Astroworld Festival.

“We ask everyone to send up the most powerful prayers they can as this family tries to
grapple with the undoable damage that has been done to their son. We demand justice for EB, his family, and all of our clients that left Astroworld with trauma.”

NEWS ALERT: @AttorneyCrump & co-counsel Alex and Bob Hilliard have been retained by the parents of EB, a 9-year-old child who was trampled at the Astroworld Festival. EB sustained life-threatening injuries and is currently hospitalized, in a medically-induced coma. pic.twitter.com/MTsJ2N9vC8

Blount’s grandmother, Tericia Blount, elaborated on what happened in an interview with Rolling Stone. She alleges that Ezra was being carried on the shoulders of his father, Treston, before becoming trapped in the crowd shortly after Scott took to the stage.

“He kept screaming, ‘I can’t breathe.’ But everyone was pushing. It was so tight with no exits,” Tericia told the publication.

“His dad couldn’t breathe at all and passed out. We don’t really know what happened to Ezra after that.”

Ezra was admitted to hospital, listed as a John Doe, with damage to his kidney, lung and liver, according to Tericia. “Basically every organ has damage,” she said. “He had cardiac arrest. His heart is weak and has damage as well. And his brain has swelling, and he’s in an induced coma.”

Tericia explained that Ezra became a fan of Scott through the rapper’s collaboration with Fortnite, performing his virtual show ‘Astronomical’ in the video game last year. Scott’s emote has since been removed from the Fortnite store following the tragedy.

ABC13, who initially broke the news of Ezra’s hospitalisation, spoke to his grandfather and Tericia’s husband, Bernon, of the tragedy. “How could this happen in the city of Houston?” Bernon asked. “You know, when we go to concerts and different events we expect safety and security.”

Tericia had similar questions about accountability, specifically calling out Travis Scott. “Why couldn’t this have been prevented?…Why didn’t Travis Scott stop? Wasn’t he watching the ambulances and people performing CPR?

“Doesn’t he care about the city of Houston? The mayor gave him the key. This is the city he’s from. Why wasn’t he looking out for the people?”

A growing number of lawsuits have been filed against Scott, promoter Live Nation and other parties involved with organising the festival, with one lawyer telling Rolling Stone that he expects his firm to represent “hundreds, if not thousands” of plaintiffs by the end of the week.

The City of Houston has named the eight people who lost their lives at Astroworld, who were aged between 14 and 27. Some festival attendees have since returned to NRG Park, creating a memorial to mourn the deceased.

Live Nation previously announced that it is developing a fund to pay the medical fees of those who were injured, while Scott shared that he will cover funeral costs for all victims, as well as offering free therapy sessions to those who were at the event.