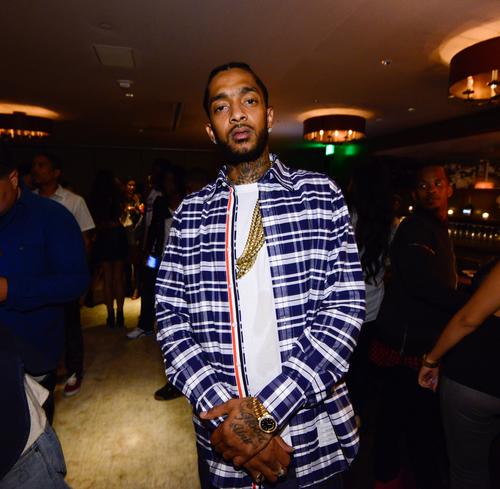 It looks like Nipsey Hussle is in the midst some social media drama. On Monday morning, the Crenshaw rapper took to his Instagram to share his thoughts on Black masculinity, sharing a photo several men and young boys looking dapper in tuxedos. While at first glance the photo appears to be a prime example Black excellence, Nipsey’s caption has sparked quite the outrage from people.

RELATED: Are Nipsey Hussle & Lauren London Back Together? Couple Spotted At Lakers Game

“Demonstration speaks louder than Conversation,” Nip captioned the post. “They gone feed us every image our men and boys but this one. No hyper violent…No homo sexual…No abandoners….JUS STRONG BLAC MEN AND YOUNG Men. RESPECT TO MY BIG HOMIE @bigu1 for Leading with love and intelligence. GOD IS WITH US WHO CAN GO AGAINST US ??.”

It happens to be the latter half his statement that has stirred up the backlash among people on social media, with many feeling it was an anti-gay sentiment. However, Nipsey has since jumped on Twitter and defended his comments, while say he’s not backing down.

Check out Nip’s controversial IG post below, as well as the reactions its stirring up on Twitter.