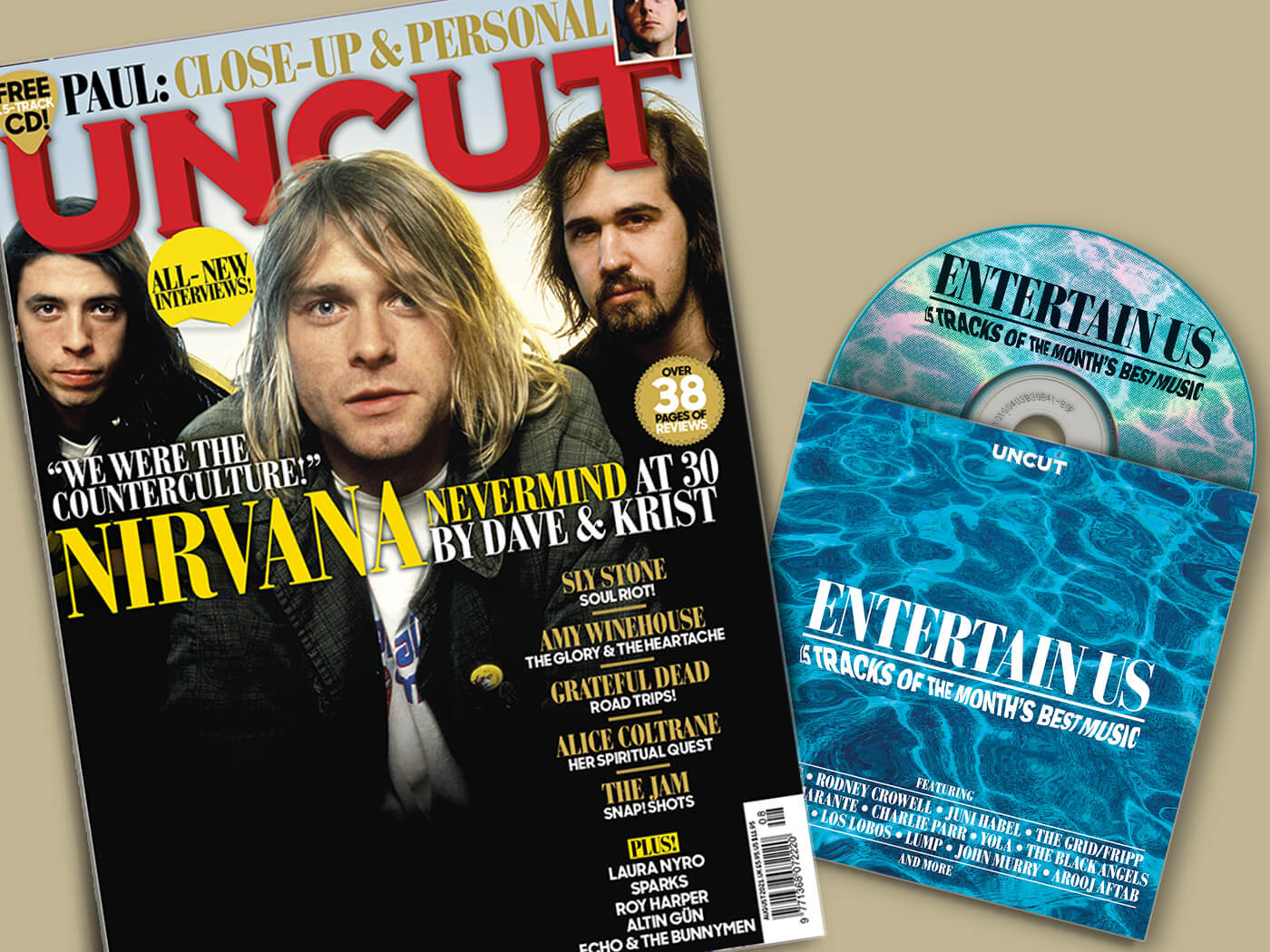 These days – inevitably, perhaps – many of our perceptions about Nirvana are filtered through the death of Kurt Cobain. An industry has gathered around his memory, truffling for clues in old interviews or in the hiss and howl of In Utero, that has essentially detracted from happier times in the band’s existence. Specifically, the thrill of Nirvana’s ascent with Nevermind. Everything seemed to move incredibly fast during autumn 1991 – there was an exhilarating mix of trepidation and excitement at their shows that year, a shared joy at the speed and scale of Nirvana’s success. The Word, Top Of The Pops, the stage at Kilburn National Ballroom and more were theirs for the taking.

All this is recalled with warmth and intimacy by Krist Novoselic, Dave Grohl and Butch Vig in this month’s cover story. There’s also an oral history of the band’s 1991 UK shows that provides compelling evidence for the chaos and brilliance of that tour – and happy memories if, like me, you were fortunate to see them live during that period.

These were fun times for Nirvana, full of optimism and the ethos of self-determination familiar from American bands of that period. We hear about poorly heated rehearsal spaces in Tacoma, a 1,000-mile drive from Seattle to Los Angeles, an unexpected admiration for the Bay City Rollers and how, 30 years on, Dave and Krist view the madness around their inexorable rise. The scale of their ambitions, we can reveal, was to earn enough money to buy an apartment each…

You can find some of those artists on this month’s free CD, which showcases 15 tracks drawn from the month’s best music. There’s further stand outs from Yola, Dot Allison, Lump, Mega Bog and The Grid featuring Robert Fripp.

Hope you enjoy the issue, the CD and (while it lasts) the sunshine.