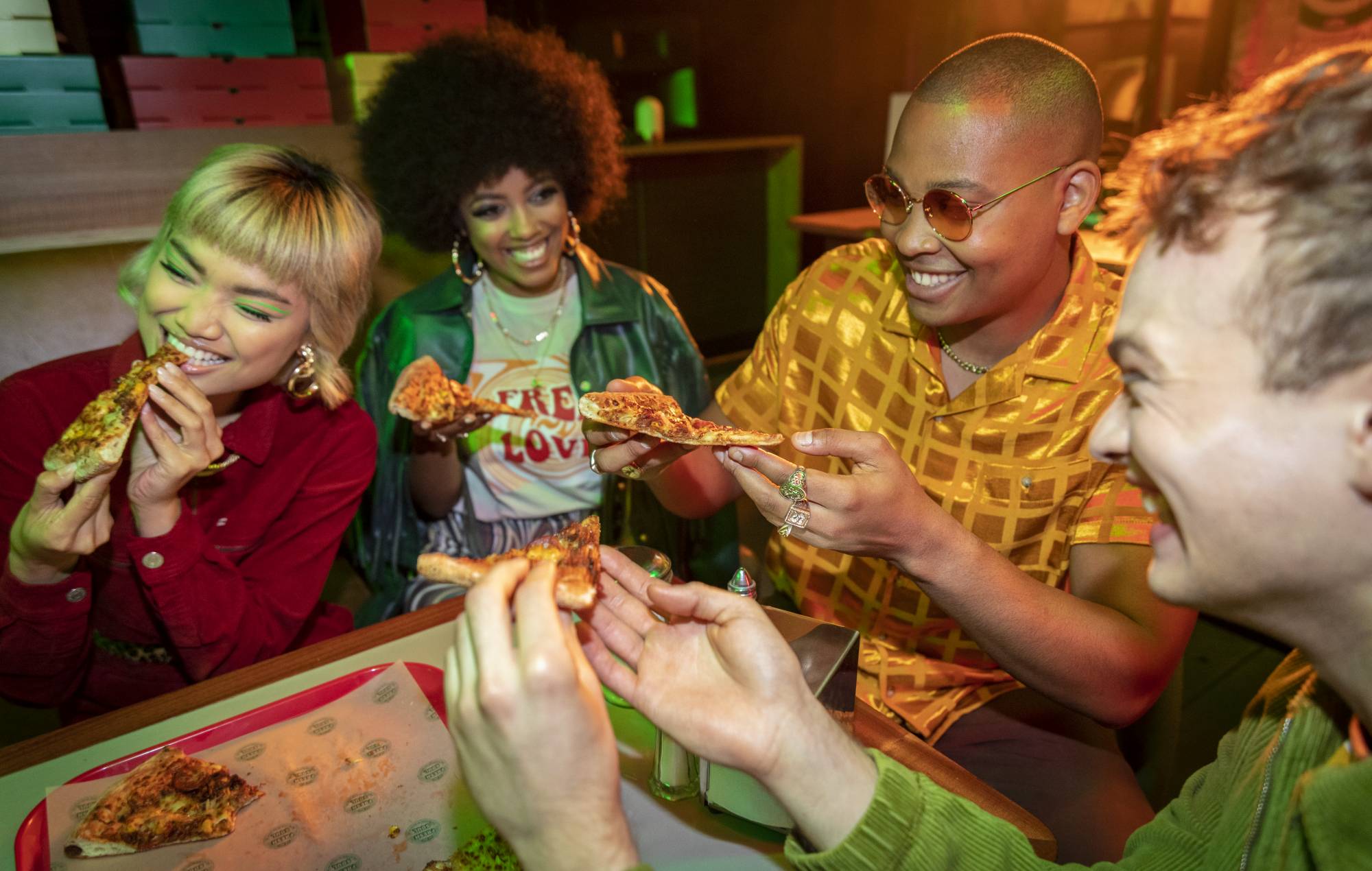 In partnership with Papa John’s

NME has partnered with Papa John’s to present the House of Papa – a global music gig taking place on September 29.

Four hotly-tipped artists will each perform live at the SPIRITLAND venue in King’s Cross in London, which will be turned into the ‘House of Papa’ for one night only to celebrate Papa John’s new Fresh Soul pizzas – so big on feel-good flavours that they make your soul sing.

The live music line-up for the House of Papa night includes lo-fi pop prospect Cathy Jain, DIY rapper, singer and guitarist Finn Askew and Edinburgh-born singer/songwriter Brooke Combe, who has recently been working with members of Blossoms and The Coral.

North London neo-soul singer and Papa John’s new marketing campaign artist BaggE completes the bill, with the artist saying of the event: “It’s an amazing opportunity for myself and the other NME-backed artists to have our music promoted on a global scale via the House of Papa.

Reunited members of the TikTok house collective ByteSquad will also be in attendance on the night. Content creators Shauni, Jake, Em and Loz are set to broadcast the House of Papa event live on their social media platforms, where they’ll post alongside several international TikTokers to create “the first coordinated global TikTok house party of its kind”.

Papa John’s is tapping into “the universal power of music to share good times and let souls sing again” after the absence of shared experiences over the last year. Alongside the good music, Papa John’s will be serving up good pizza from its new Fresh Soul range at the House of Papa night to give it a pizza party vibe.

Stay tuned to NME for more information about the exciting line-up of artists who are performing at the House of Papa night. Or, if this has left you hungry for good pizza as well as good music, head here to find out more about the other delicious items on the Papa John’s menu until the Fresh Soul range launches later this month.