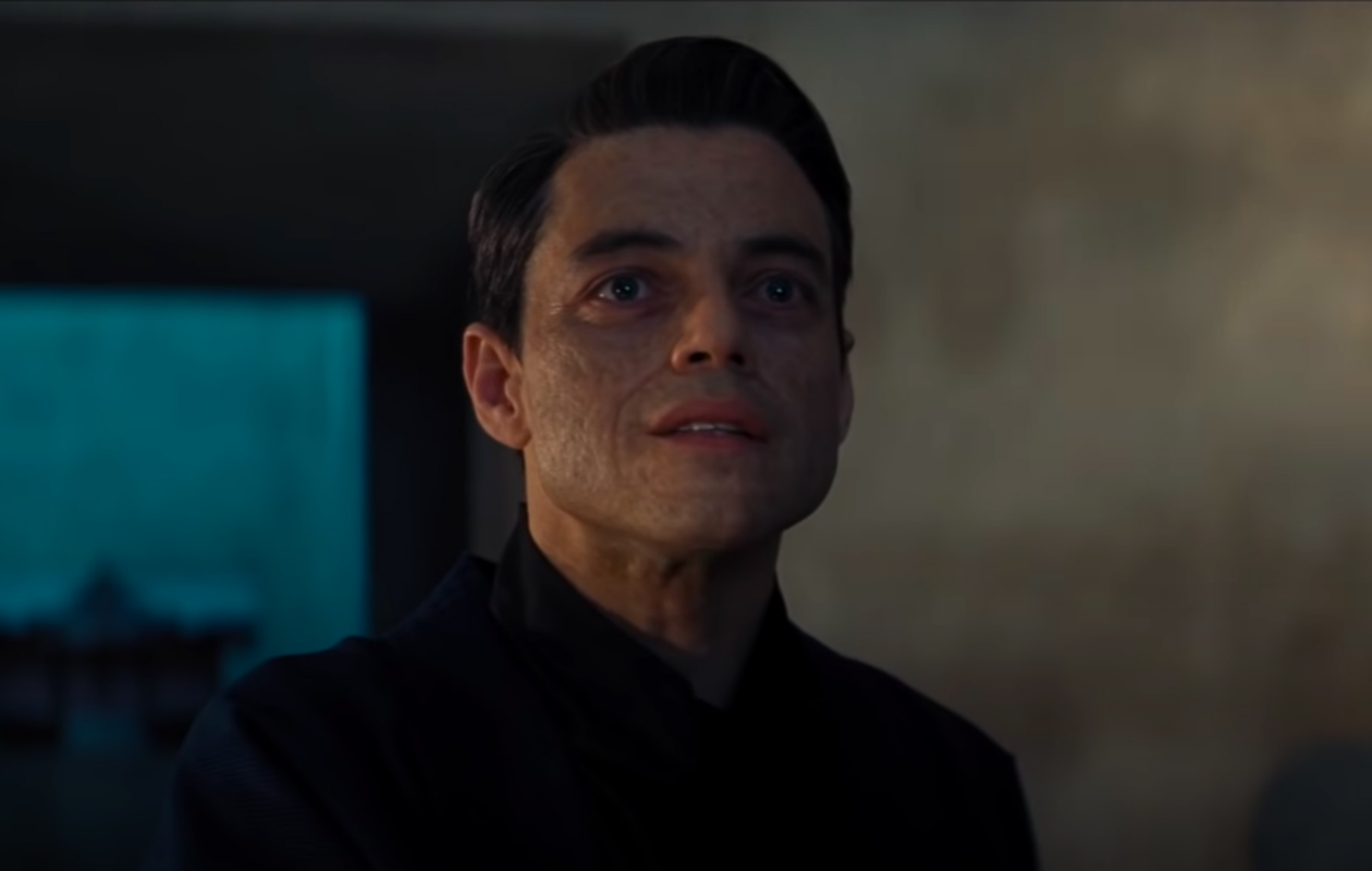 ‘No Time To Die’: Watch Rami Malek talk about his “unsettling” Bond villain

Rami Malek has given James Bond fans an insight into his No Time To Die character Safin in a new video – you can watch it below.

Uploaded yesterday (September 14), the Meet Safin featurette sees Malek talk about how he approached the role of the revengeful 007 villain.

“What I really wanted from Safin was to make him unsettling,” the actor explained. “Thinking of himself as being heroic.”

No Time To Die director Cary Joji Fukunaga said: “What he wants and what he’s willing to do makes him a very frightening character. Both personally to Bond, but also on a global level.”

Malek went on to describe his character as “a formidable adversary”, adding: “James Bond has to adapt to that.”

While specific plot details remain under wraps, it’s said in a clip of the film that Safin is “going to kill millions” as part of his revenge plan. “If we don’t do this, there will be nothing left to save,” Bond warns.

This comes after a dramatic new trailer for No Time To Die was unveiled earlier this month.

The official synopsis for the film reads: “In No Time To Die, James Bond has left active service and is enjoying a tranquil life in Jamaica. His peace is short-lived when his old friend Felix Leiter from the CIA turns up asking for help.


“The mission to rescue a kidnapped scientist turns out to be far more treacherous than expected, leading Bond onto the trail of a mysterious villain armed with dangerous new technology.”

No Time To Die is set for release on November 12, having been pushed back from April due to the coronavirus crisis.