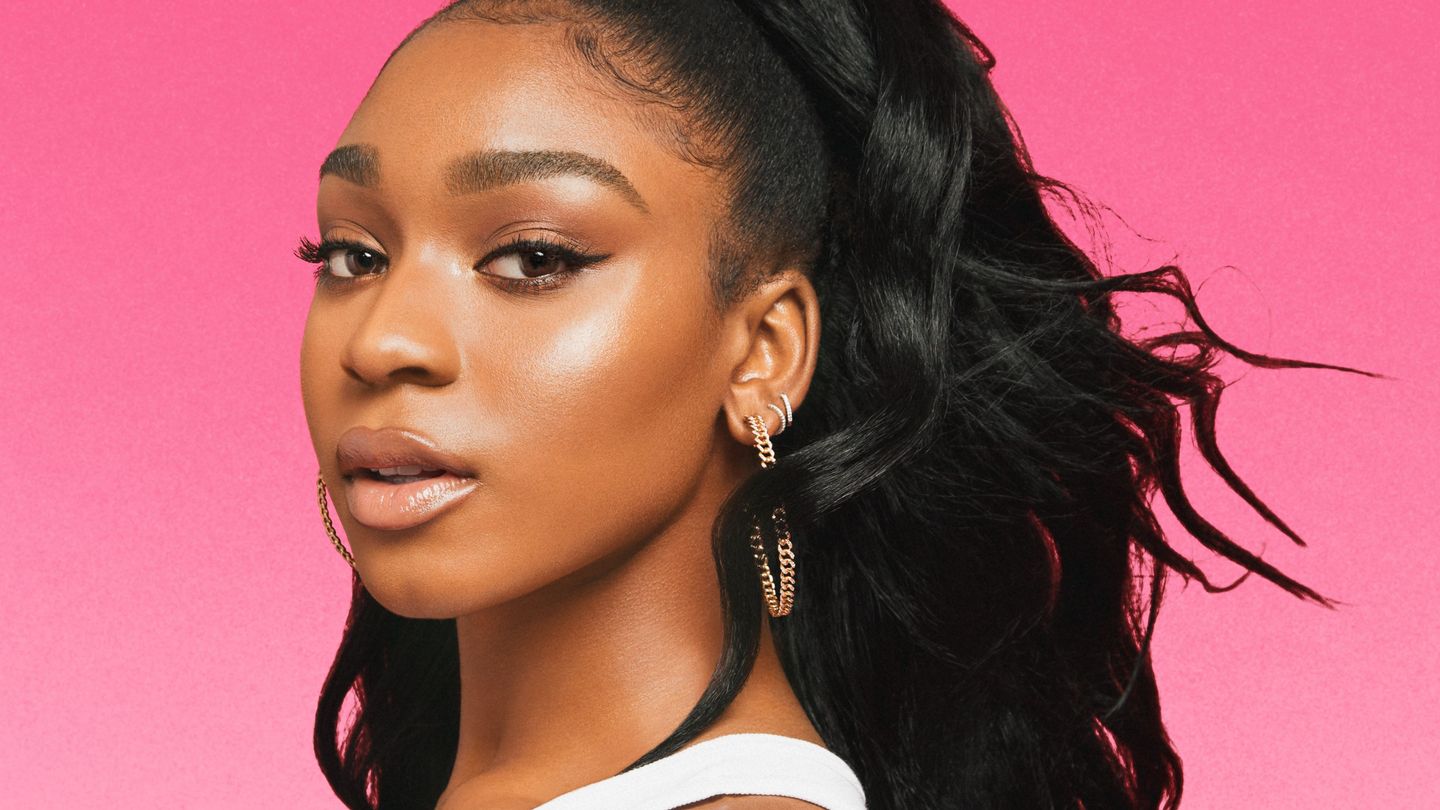 Normani Is Ready For You Now

The release of her debut album is not something Normani has taken lightly. She’s spent the past few years consumed by pressure from the outside world: people’s opinions and expectations of the type of music she should be creating and the type of artist they envisioned her to be. She considered whether her music was “Black enough,” if she was neglecting the audience she built over the past six years or making sure everyone felt heard. But Normani was losing herself along the way. “I was very much in my head,” she tells MTV News, speaking over Zoom from her Los Angeles home.

Looking to please everyone, admittedly, made the process “not fun.” But while it took a minute, Normani has found room for herself — and her own voice — in what will be her debut solo album. “I’m focused right now on the fact that I am Normani before I’m anything,” the 25-year-old singer says. “Before I’m R&B, before I’m pop, before I’m whatever label or barrier that people want to put on me.”

And she’s spent time carving a space of her own for a while now. The singer, born Normani Kordei Hamilton, rose to fame first as one-fifth (then one-fourth) of the X Factor-formed girl group Fifth Harmony. But since the band went on hiatus in 2018, fans have been anxious for a solo album from Normani. Collaborations with Khalid (“Love Lies”) and Sam Smith (“Dancing with a Stranger”) only fueled more anticipation from listeners. But it was the release of her 2019 debut solo single “Motivation,” a bouncy pop smash co-written by Ariana Grande, that made people really start talking. Paired with the catchy song was its buzzy visual, which paid homage to music videos from the Y2K era paralleling the styling of Beyoncé in “Crazy in Love” and even using the same set as the visual for “I’m Real (Remix)” by Jennifer Lopez and Ja Rule.

Still, a solo album didn’t come. Star-studded collaborations, however, did. Last year, she collaborated with Megan Thee Stallion on “Diamonds” for the Birds of Prey soundtrack and later went viral for her hypnotizing choreography in Cardi B and Megan Thee Stallion’s music video for “WAP.” That momentum has all led to the release of her Cardi B-assisted second solo single in July — “Wild Side” — a show-stopping slow jam that sampled Aaliyah’s “One in a Million.” For her, the track was about “sexuality and owning who we are.” Normani says, “I wanted people to feel comfortable in their own skin, and this was the opportunity and outlet for them to be able to tap into that.”

She says the making of “Wild Side,” which she will perform at the 2021 Video Music Awards on Sunday, was “seamless.” “[Cardi] made [the song] happen in literally no time, but in the same breath, she wanted it to be perfect because she loved the song so much, and believes in me as an artist,” Normani recalls. “She didn’t stop until it got to a place that brought the record to life.” The singer is grateful to have somebody champion her the way that Cardi B has. “Not everybody deserves to experience her, because she’s so good,” Normani says of the Bronx rapper. “Protect her at all costs.”

Sonically, from Normani’s perspective, her forthcoming record falls somewhere between the pop ethos of “Motivation” and the empowering, R&B aspect of “Wild Side.” “I always say that I want to be a genreless artist,” Normani explains. “There are many layers to the type of music that I love. I love pop music. I also love R&B, so it taps into both sides for sure.”

Finding her genre niche has been an uphill battle. Throughout the past two years, the former 5H singer’s album has gone through a handful of iterations. “This has definitely been a process,” the singer says with a sigh. “I’ve started and stopped, started and stopped, and the record’s been through a lot of different phases.” It’s a combination of perfectionism and precision that has been following Normani through the making of her LP. “Sometimes, I feel like I have to do everything all in this one [record],” she admits. But she’s also come to terms with the fact that it isn’t necessary. “For me, it comes to a point where it’s just like, Put the shit out, girl,” she quips. “You’re going to have other bodies of work where you can do everything.”

There’s also been added personal strife that’s sometimes forced her to put work on the backburner. In 2020, Normani learned the breast cancer her mother, Andrea Hamilton, first battled in 2002 had returned. “I was going through a really, really challenging time in the latter half of last year and coming into this year,” she says. Because of the coronavirus pandemic, she felt “robbed” of the opportunity to physically be there for her mother. As a self-described “very private person,” Normani was grappling with guilt as people wondered where her music was.

Ironically, the progress of her music is what kept her mom “occupied and took her out of the reality of the situation.” “I had to flip that for both of our good and use that situation to give me the fuel to finish the project,” she says of her mother’s health. Now, Normani is in a better place — and so is her mom. In the beginning of August, Hamilton finished her chemotherapy treatments and is in remission. “We’re really grateful to God for that,” Normani says.

On top of her own struggles, there was the added constant trauma of the pandemic, as well as televised depictions of police brutality against Black Americans. Normani has had to center her mental and emotional well-being. For the pop star, that meant prioritizing her faith, FaceTiming with her family, meditating, eating her favorite ice cream, driving by her church, or just watching Desperate Housewives. Therapy has also been helpful. “Talking to somebody in the Black community — and for Black men, in particular — it’s frowned upon,” she explains. “We’re taught to be strong because we’ve always had to be, but there’s beauty and strength in being able to express that it’s OK to not be OK. And it’s OK to talk to somebody.”

After much deliberation, Normani can say she’s “very, very close to being done” with her debut album. “I’m looking for one more record in particular that I feel like is missing from the project, but for the most part it’s done,” she notes. The singer oscillates between excitement and anxiety about the world finally hearing her work. “You work so hard on something that you hope everybody loves it as much as you do, but you can’t control that.”

The wait, Normani feels, has been worth it. She believes she’s making her best music yet. “As hard as it has been and as challenging as it has been, it’s also been beautiful and very therapeutic for me,” she says. She’s reached a point where she feels liberated by the process. “I feel like a weight has been lifted,” she says, with a sigh of relief. “I’m giving myself the opportunity to just be.”