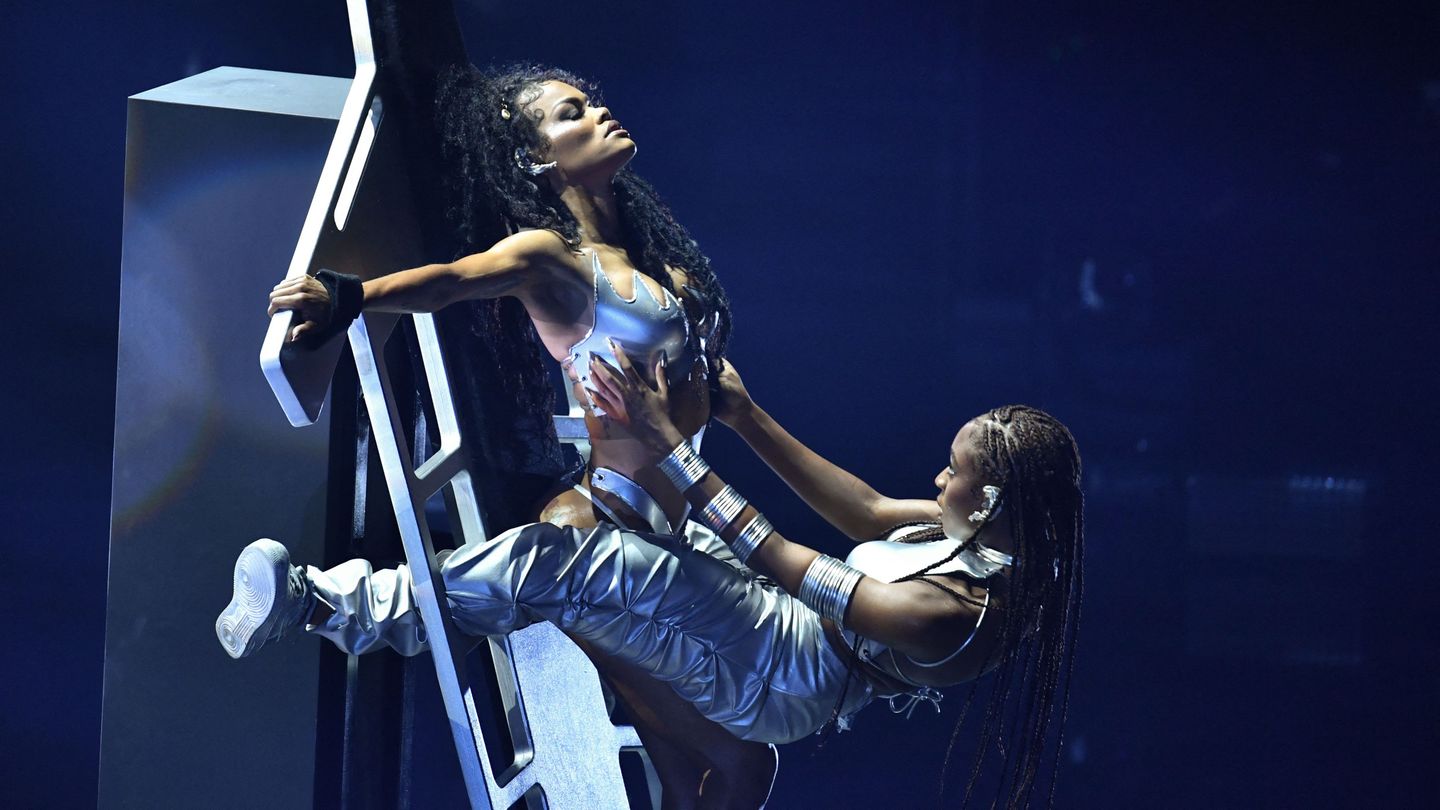 Normani brought the audience to the “Wild Side” during Sunday night’s VMAs.

The former Fifth Harmony member returned to the VMAs stage for the first time since she dribbled and dunked during “Motivation” on the 2019 awards show.

Normani took to the stage this year and brought her new single, “Wild Side,” to life as she showed off her moves, dancing around a white stage against a solid backdrop, with an army of dancers behind her. But it was toward the end of her performance when Normani really reached her pleasure principle.

Just when Normani did a literal mic drop, signaling the live act was over, was when Teyana Taylor was wheeled out, tied and bound to a structure. Normani then climbed up the structure and grinded and twerked against Taylor, before collapsing upside down. If this seems familiar, it’s because it’s a tribute to Janet Jackson, who famously tied up a fan and gave him a lap dance onstage.

As MTV News previously reported, Normani is no stranger to the VMAs. In addition to her “Motivation” debut in 2019, she hit the stage in 2014 and 2017 with Fifth Harmony and picked up her first solo Moonperson trophy in 2019 for “Waves,” her collaboration with 6lack, which won Best R&B. “Wild Side” was nominated this year for Song of Summer.