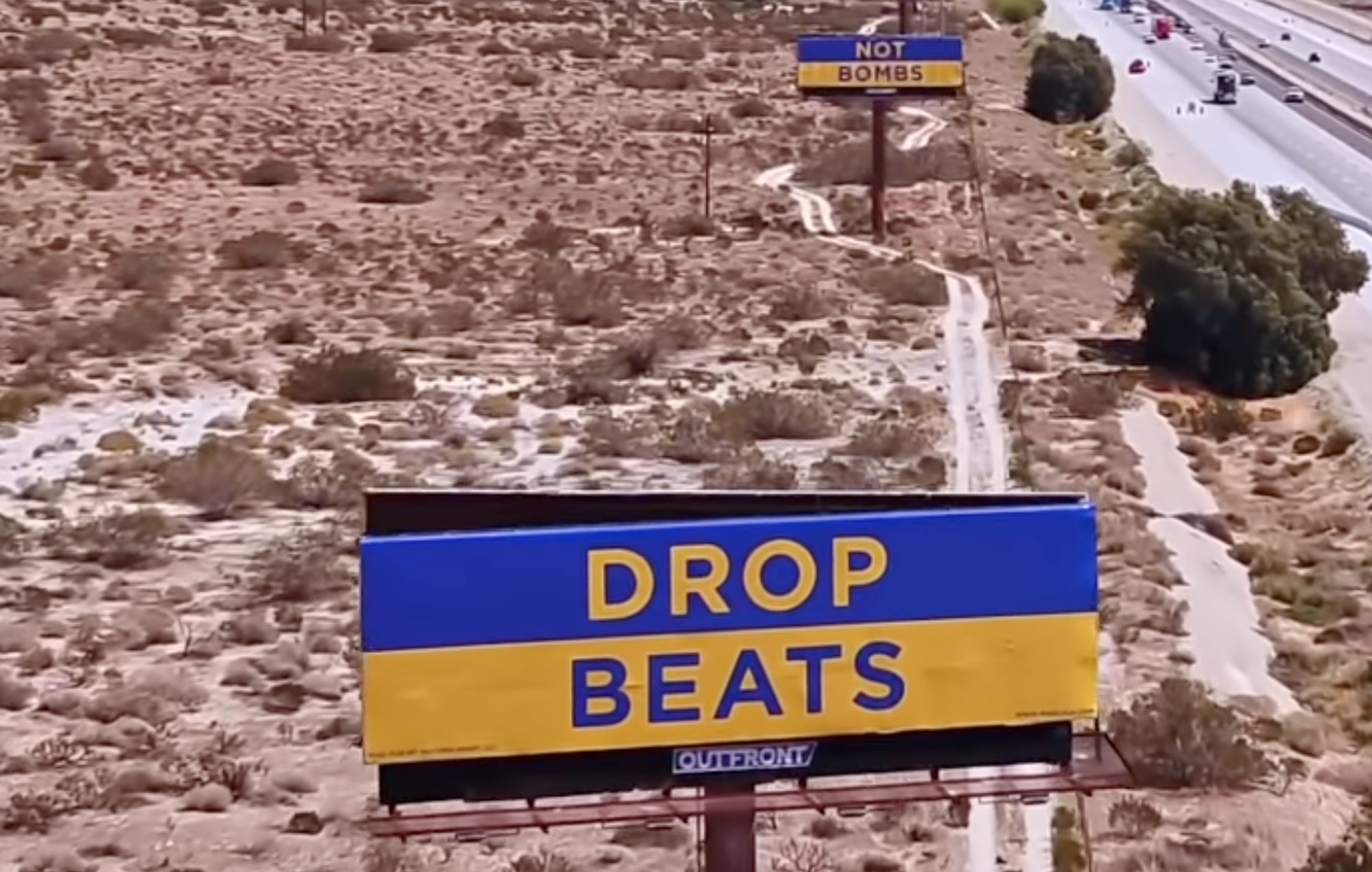 Norwegian DJ Matoma has bought a number of billboards on the road into Coachella to raise awareness and funds for the Ukraine relief effort.

The festival is currently holding its second weekend in Indio, California, and the billboards have been put up by Matoma in collaboration with the Music Saves UA charity.

Alongside video of the billboards – which are emblazoned with the slogan ‘DROP BEATS NOT BOMBS’ and feature the blue and yellow of the Ukraine flag – Matoma wrote on Instagram: “Only a few years ago, I played at a festival called Atlas Weekend in Ukraine to a beautiful crowd of people, just like those attending Coachella this year.

“Those days of freedom are sadly gone for them, and now bombs rain down on their cities. These very same people from Atlas Festival have converted their nightclub to a humanitarian centre (!!!), providing supplies and care for those who need their help.

He added: “This is one of the most inspiring things I’ve seen and gives me much needed hope. This club was once filled with free, happy people, and now driven with a true purpose of goodness it rises to a new, greater purpose. This is the power of music and love.”

See the billboards below, and donate to Music Saves UA here.

Hundreds of figures from the worlds of music and entertainment have posted messages of support and solidarity with the people of Ukraine in recent weeks. Elton John said he was “heartbroken” over the “nightmare” that civilians are facing, while Miley Cyrus called for “an immediate end to this violence”.

Ukrainian electro-pop duo Bloom Twins spoke to NME recently about the situation in their home country, describing it as “terrifying”. “It has really affected us,” singer Anna Kuprienko said. “We were only there two months ago. We were hopeful that this situation with Russia wouldn’t go where it has and that it would resolve.”

Coachella 2022 is being headlined by Billie Eilish – who was joined by Paramore’s Hayley Williams and Blur’s Damon Albarn – Harry Styles – who duetted with Lizzo on weekend two and Shania Twain on weekend one – and The Weeknd and Swedish House Mafia.