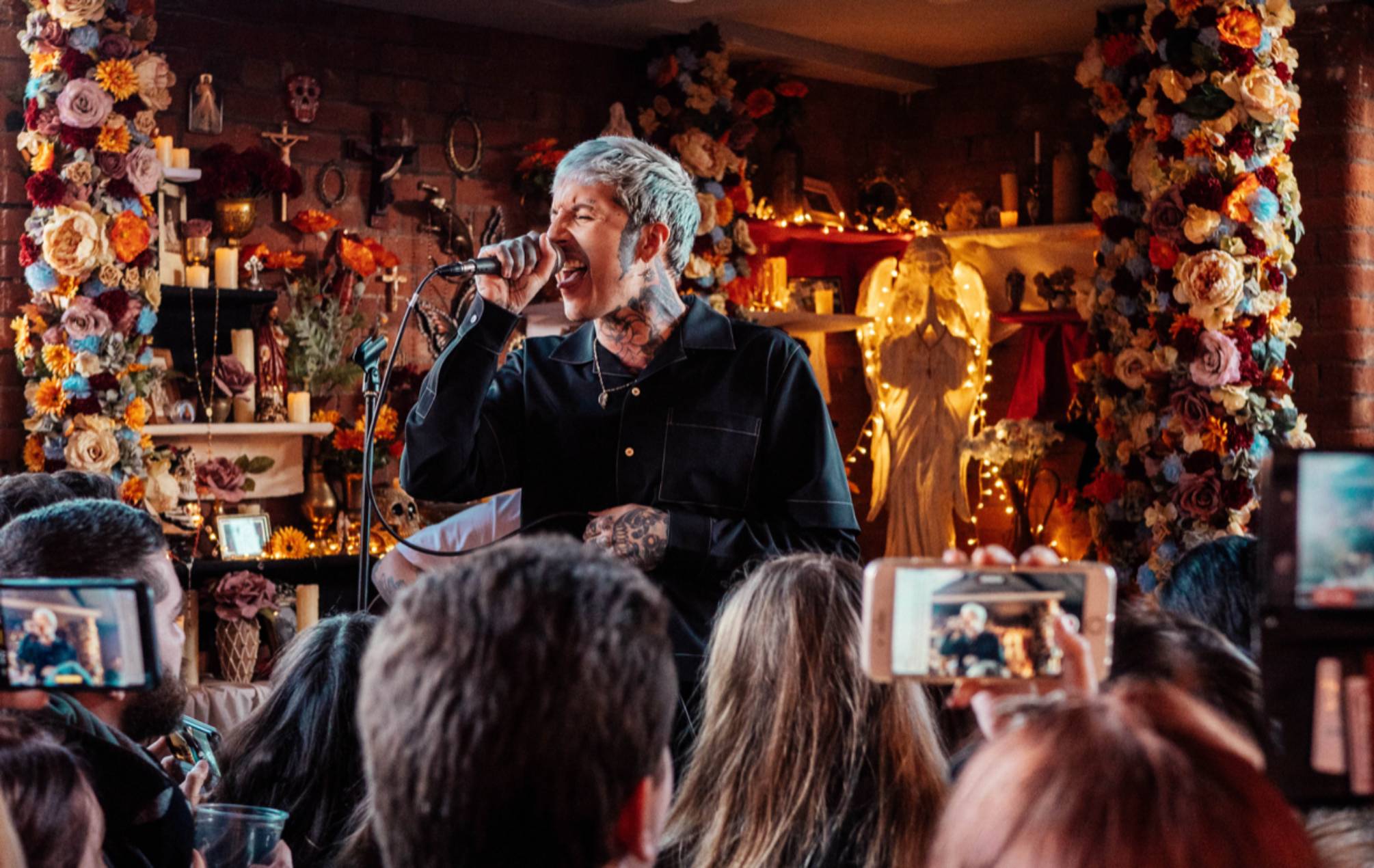 The night will launch on July 9 and will feature a line up curated by Sykes. A press release explained: “With a line up completely curated by him showcasing some amazing artists, you can expect a night full of live music and DJ sets, including himself and Mat Nicholls, returning to the decks following their night in Malta last month.”

Sykes said of the night: “The first of many moshtastic ragers I plan to take around UK and the rest of the world. I managed to blag an absolutely sick line up too for the first ever one, plus you’ll be treated to mine and @mickypickles exquisite DJ skills- so it’s going to be iconic. Ya gonna want to say you was there.”

You can get tickets for the night here.

A statement on the meaning of the title of the night explained that a ‘Greebo’ is “a person who listens to rock/punk/metal/alt music and doesn’t follow fashion trends.”

It went on to say: “They don’t usually class themselves as being a greebo but are assigned that title by trendies/rudes. Some of them may look quite threatening but generally they are a very loving and friendly tribe, who accept people of all kinds and celebrate them for their differences..and despite what some people say, they do take showers.”

News of Sykes’ latest collaboration comes after Bring Me The Horizon just announced a release date for their next original single, ‘Strangers’, after previewing it live last month.

The song was first revealed during a DJ set the band performed on the first night of their own Malta Weekender festival. Similar to much of the band’s recent studio material, the version of the song they played featured loud electric guitars and thrashing drums.