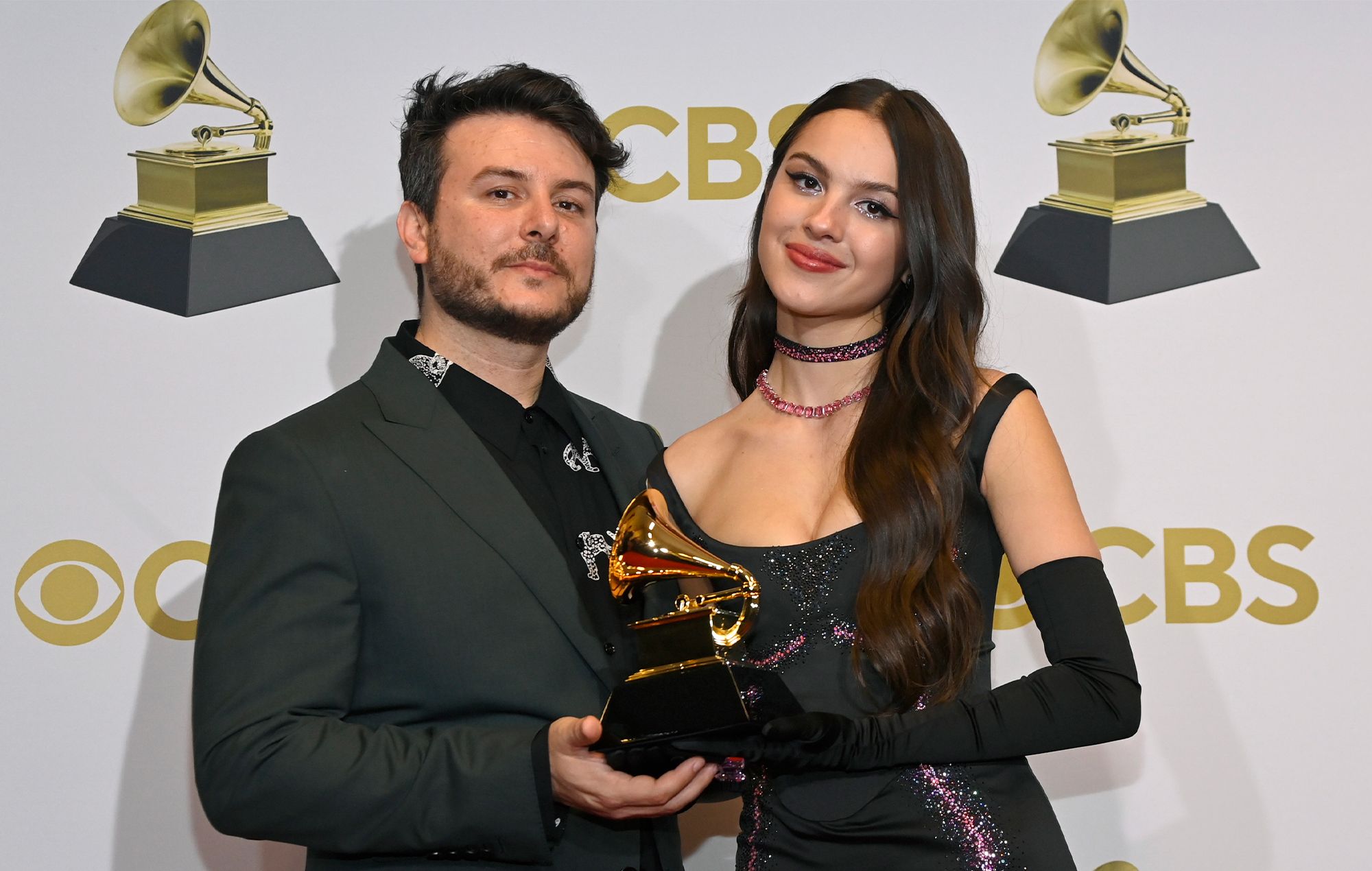 Olivia Rodrigo looks to be working on the follow-up to last year’s smash-hit ‘Sour’ album, as she’s officially returned to the studio with collaborator Dan Nigro.

Their return to work was confirmed overnight when Nigro shared a selfie of the pair – Rodrigo taking the photo while Nigro held an acoustic guitar in one hand, and flipped fans off with the other – on his Instagram Story. Another instrument can be seen resting against a shelf in the background.

Back in February, Rodrigo revealed that she’s already decided on a name for her second album, and has “a few songs” in the pipeline for it. “It’s really exciting to think about the next world that’s coming up for me,” she said at the time. “I just love writing songs. I’m trying not to put too much pressure on myself [and instead] just sort of explore and have fun right now.”

In a later interview with Elle, Rodrigo hinted at a more upbeat feel for her second album, noting that she’s “definitely not as sad” as she was in the writing stages for ‘Sour’.

“I’m so excited to make my next record and explore more colors and textures and feelings and grow as a human being even more,” she continued. “I look back at [‘Sour’] and I was like, ‘Wow, I was so angsty.’ I guess I was just coming to terms with being like a really young person in the industry and feeling weird about it. But I don’t think I feel that way anymore, which is nice.”

Nigro worked closely with Rodrigo on ‘Sour’, producing the entire record and co-writing all but two songs on it. The album arrived last May via Geffen, and was followed by two Disney+ films: the concert film ‘Sour Prom’ and the documentary ‘Driving Home 2 U (A Sour Film)’. The album racked up a slew of accolades, including three Grammys and six wins at this year’s Billboard Music Awards.

‘Sour’ also became a smash on the worldwide charts. With it, Rodrigo gave the US’ Billboard 200 chart the biggest first-week figures it’d seen for 2021, made UK chart history as the first female artist with three of the top five singles in the same week, and became the youngest artist to land a UK Number One on two concurrent charts – a milestone that she hit two weeks in a row.

NME gave ‘Sour’ a four-star review, with Rhian Daly writing: “When your first release is a track as ubiquitous as ‘drivers license’, it must be tough going to make a whole album that matches up. For the most part, Rodrigo has passed the bar she set on that single, sharing with us an almost-masterpiece that’s equal parts confident, cool and exhilaratingly real. This is no flash-in-the-pan artist, but one we’ll be living with for years to come.”

The record also featured in NME’s list of the best debut albums released last year, while Rodrigo herself won Best New Act In The World at the 2022 BandLab NME Awards.

Rodrigo recently finished a lengthy world tour in support of ‘Sour’, the shows on which were studded with cameos and covers. At this year’s Glastonbury, for example, she teamed up with Lily Allen to perform ‘Fuck You’ in protest of the US Supreme Court (which had overturned Roe v. Wade the day prior). She then covered Natalie Imbruglia‘s ‘Torn’ at a surprise gig in Manchester, before performing it with Imbruglia herself in London.

On the US leg of the tour, Rodrigo was joined by Alanis Morissette to cover ‘You Oughta Know’ in LA, and by Avril Lavigne for a cover of ‘Complicated’ in Toronto. In Vancouver, she linked up with Conan Gray to cover ‘The One That Got Away’ by Katy Perry. Elsewhere on the tour, she took on No Doubt’s 1995 hit ‘Just A Girl’, and performed a cover of ‘Seether’ by Veruca Salt that earned praise from the band themselves.

Next month, Rodrigo will induct Morissette into the Canadian Songwriters Hall of Fame. Announcing as much in a statement, she said: “I remember hearing Alanis for the first time when I was about 13. I was in the car with my parents when ‘Jagged Little Pill’ came on. I heard ‘Perfect’ [and] I was like, ‘Oh, my God… You can write songs like that?’ I just looked at music and songwriting in a completely different way.”