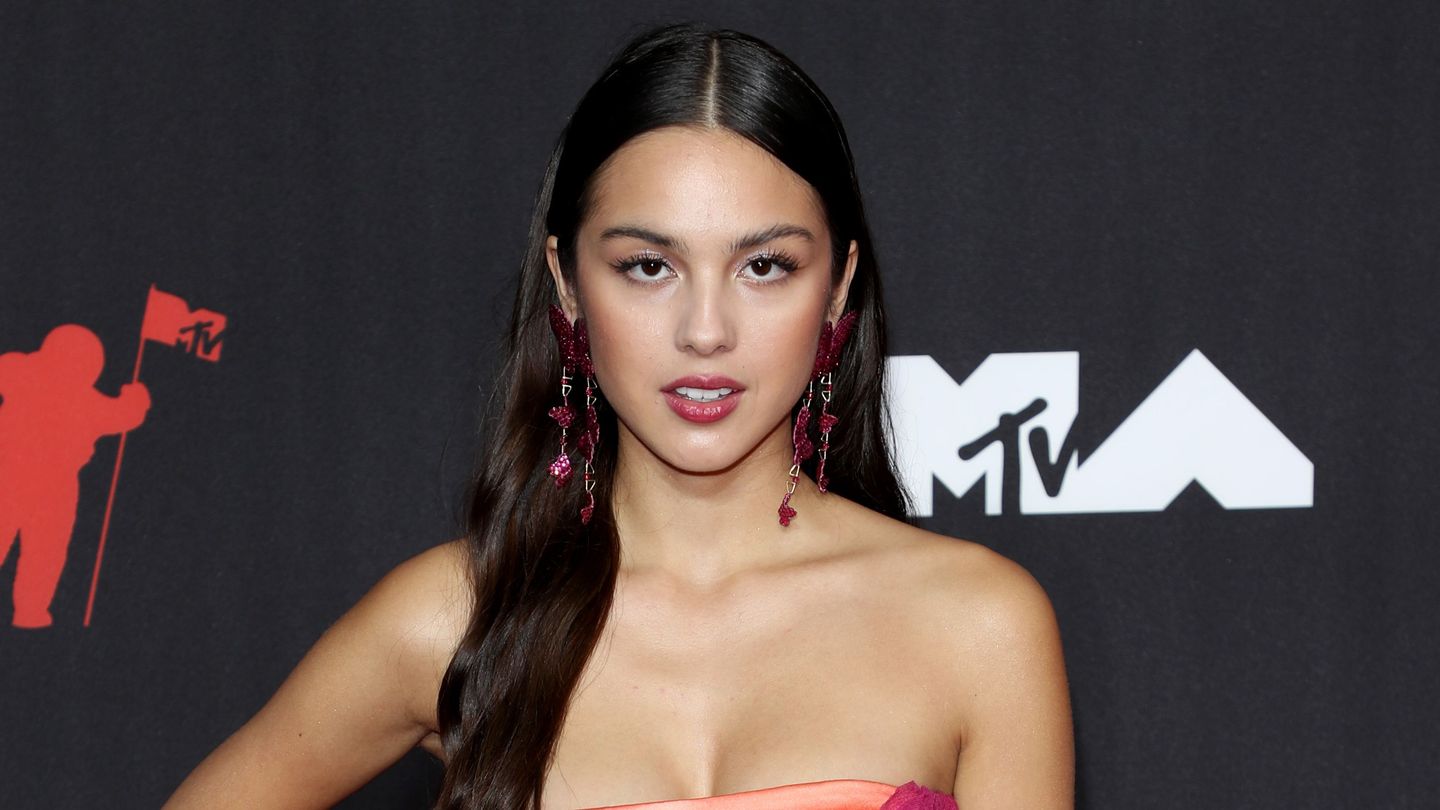 Facing tough competition from 24kGoldn and Iann Dior, Silk Sonic, BTS, Cardi B and Megan Thee Stallion, and Dua Lipa, Olivia Rodrigo took home the award for Song of the Year at the 2021 Video Music Awards. This evening (September 12), she received the Moonperson for her coming-of-age heartbreaker “Drivers License.”

“Whoa, oh my gosh,” she exclaimed as she took to the podium before a giant inflatable astronaut. This was the first award given out during the main show. “This is so insane. I want to thank all you guys the fans. This is so incredible. This has been the most magical year of my life.”

She went on to dedicate her win to other aspiring musicians, and to young women challenging their struggles through their art. “I want to dedicate this award to all of the other girls who write songs on their bedroom floor,” she said.

Few people have had as massive of a year as 18-year-old Olivia Rodrigo, who arrived to the ceremony in a pink column gown and glittering butterfly door-knockers. The singer-songwriter and star of High School: The Musical: The Series landed her first No. 1 hit with “Drivers License” and dropped her debut album, Sour, in May. The collection also included the raging single “Good 4 U,” which Rodrigo sang earlier in the evening in her first VMA performance.

Rodrigo is also up for Best New Artist and, during the VMAs pre-show, received the award for Push Performance of the Year. She was honored in May by MTV Push, which highlights a new breakout musician each month, and spoke about her creative process. “I really think that more or less forcing yourself to write a song sometimes is really beneficial,” she revealedl. “I think you can’t rely on those lightning bolts of ideas to strike you all the time.”