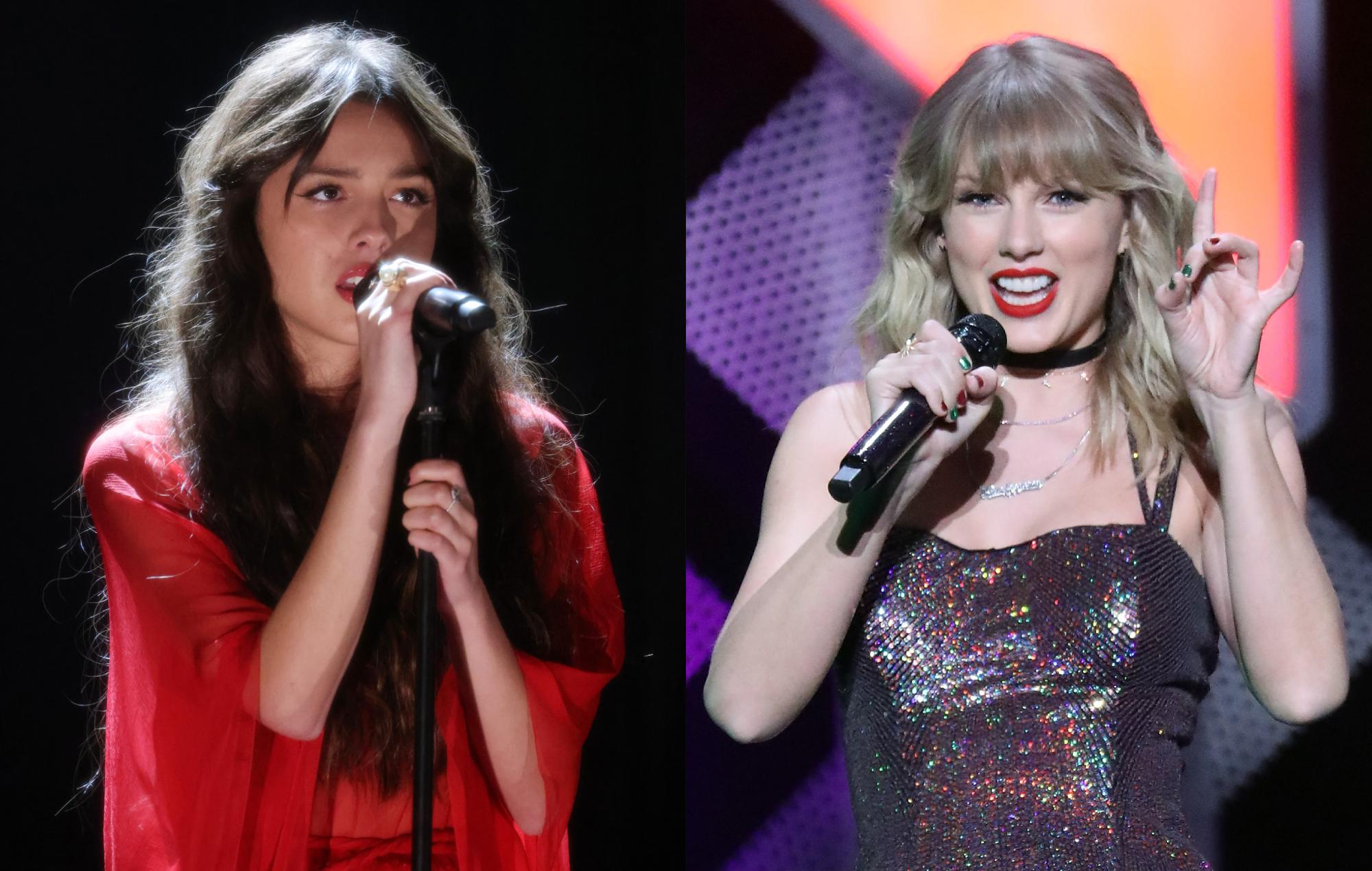 Olivia Rodrigo‘s debut album ‘Sour‘, which is released later today (May 20), has been revealed to have a Taylor Swift co-writing credit on it.

Rodrigo’s album track ‘1 Step Forward, 3 Steps Back’ includes a song co-credited to Swift and her writing partner Jack Antonoff despite it not being a collaboration. Instead, Rodrigo’s song interpolates melodies from ‘New Year’s Day’, the closing ballad on Swift’s 2017 album ‘Reputation‘.

As Variety reports, some fans leapt to the conclusion that Rodrigo had actually sampled the song and, if so, whether that would direct funds to the master recording’s owner, Big Machine Records, which famously got into a dispute in 2019 with Swift over ownership. Swift then decided to re-record her first six records – from her 2006 self-titled debut album to ‘Reputation’ – after losing the music rights.

Other speculation, per Variety, was that Rodrigo had sampled a new version already put down by Swift for her planned re-recording of ‘Reputation’. However, neither is the case; Rodrigo only borrowed melodic elements of ‘New Year’s Day’, of which Swift and Antonoff own the full publishing rights and granted permission to Rodrigo

Additionally, Swift fans noted that there’s a nod to Swift in Rodrigo’s song title, since as 1 + 3 = 13 – which is Swift’s lucky number.

In last week’s NME Big Read cover feature, Rodrigo spoke of her desire that people take her seriously as a songwriter.

“With ‘Drivers License’ [her hit, Swift-approved debut single], there were a lot of people who were like, ‘Yo, I’ve never heard of this girl before but I really like this song’, which to me was the dream – to get a brand new introduction to people just as a songwriter,” she said.

“I consider myself a songwriter first and I’m really happy that people are starting to recognise me as such.”

Elsewhere in NME‘s conversation, too, she insisted that it’s important to her to be “taken seriously as a songwriter”.