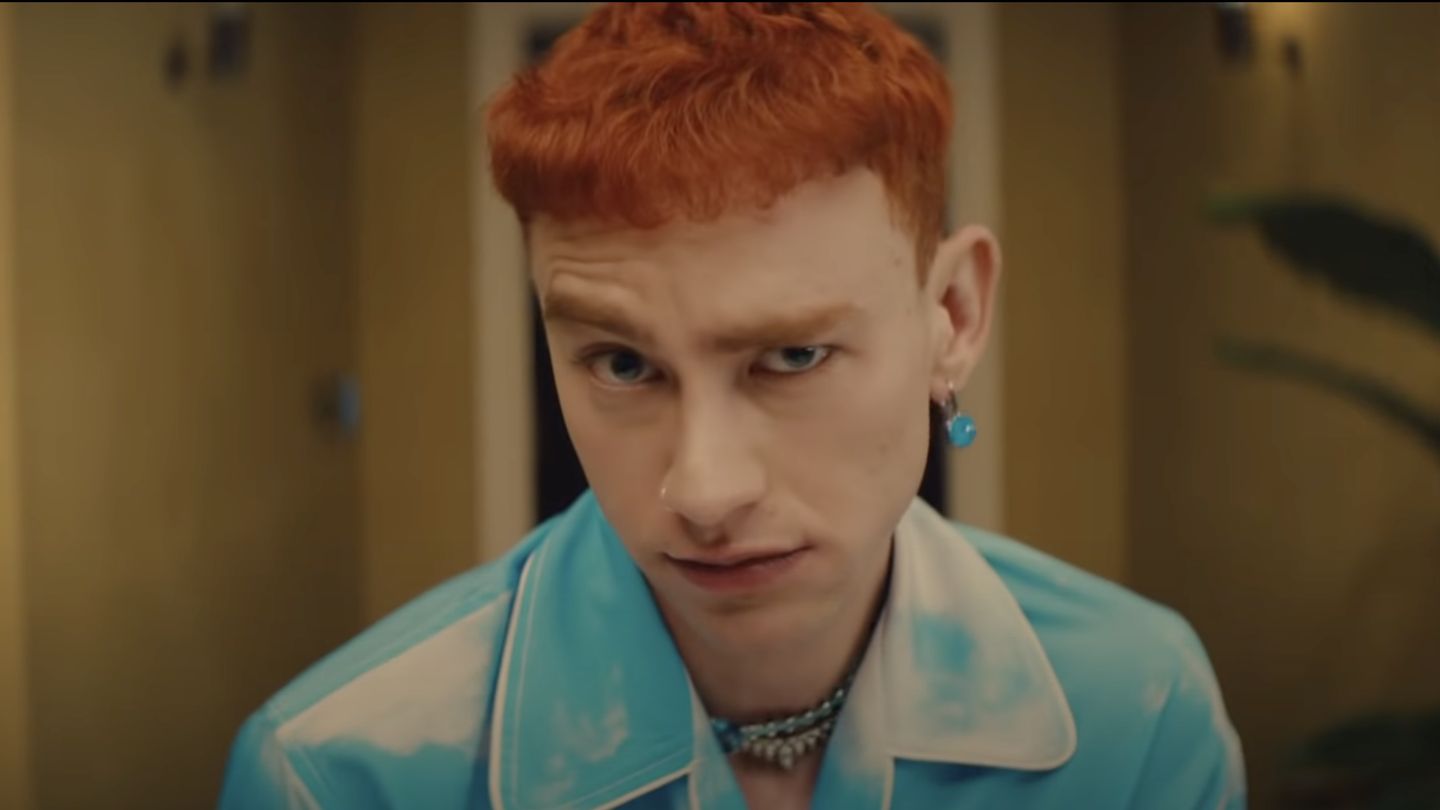 If you’ve been waiting years and years to hear new tunes from Olly Alexander, then the wait is officially over. On Monday (April 12), Alexander unveiled the music video for “Starstruck,” his first single as a solo artist after transforming the band Years & Years into his own personal project.

Filmed in the Hotel Cafe Royal just outside of London’s famed Piccadilly Circus, the fizzy pop track’s music video highlights Alexander’s acting chops as he portrays two very different versions of himself chasing one another throughout the luxurious establishment. In a YouTube afterparty following its release, Alexander revealed that the visual was filmed just a week prior. “It was all very, very quick,” he said. “It’s one of these videos that I never expected would be like this. It wasn’t like how I initially planned it, but I’m so happy with how it turned out.”

Speaking about the effervescent single, Alexander said in a statement that it’s about “the rush you get when you’re with somebody you’re really into, it’s about holding onto a good feeling and not letting it go.” He continued: “Like most of us, I’ve spent the past year at home, and I wanted to create something super positive and fun for people (and myself) to bop along to. Whatever we’re doing or wherever we are in life, I think we all deserve three minutes of interstellar ecstasy.”

It’s that cosmic sentimentality that inspired Alexander to create a TikTok challenge around the song, too, asking fans to show their “finest post-lockdown glow up that is leaving everybody starstruck because you look so fine.” He posted his own take on the trend last month, and since then fans have quickly taken on the challenge to show off their own creative looks too.

The release of “Starstruck” comes a month after Years & Years released a statement online that members Mikey Goldsworthy and Emre Türkmen would be departing from the group. “This upcoming new album has been an Olly endeavor and we’ve decided that Years & Years will continue as an Olly solo project,” it read. Olly went deeper into the decision to go solo in an interview with Capital FM last week. “Me, Mikey, and Emre met like 10 years ago and we’ve been in this band for a decade and in that time we’ve kind of grown apart musically,” he said. “It was an honest thing. We didn’t fall out. It’s definitely different, but I’m really excited as well to do my thing this time.”