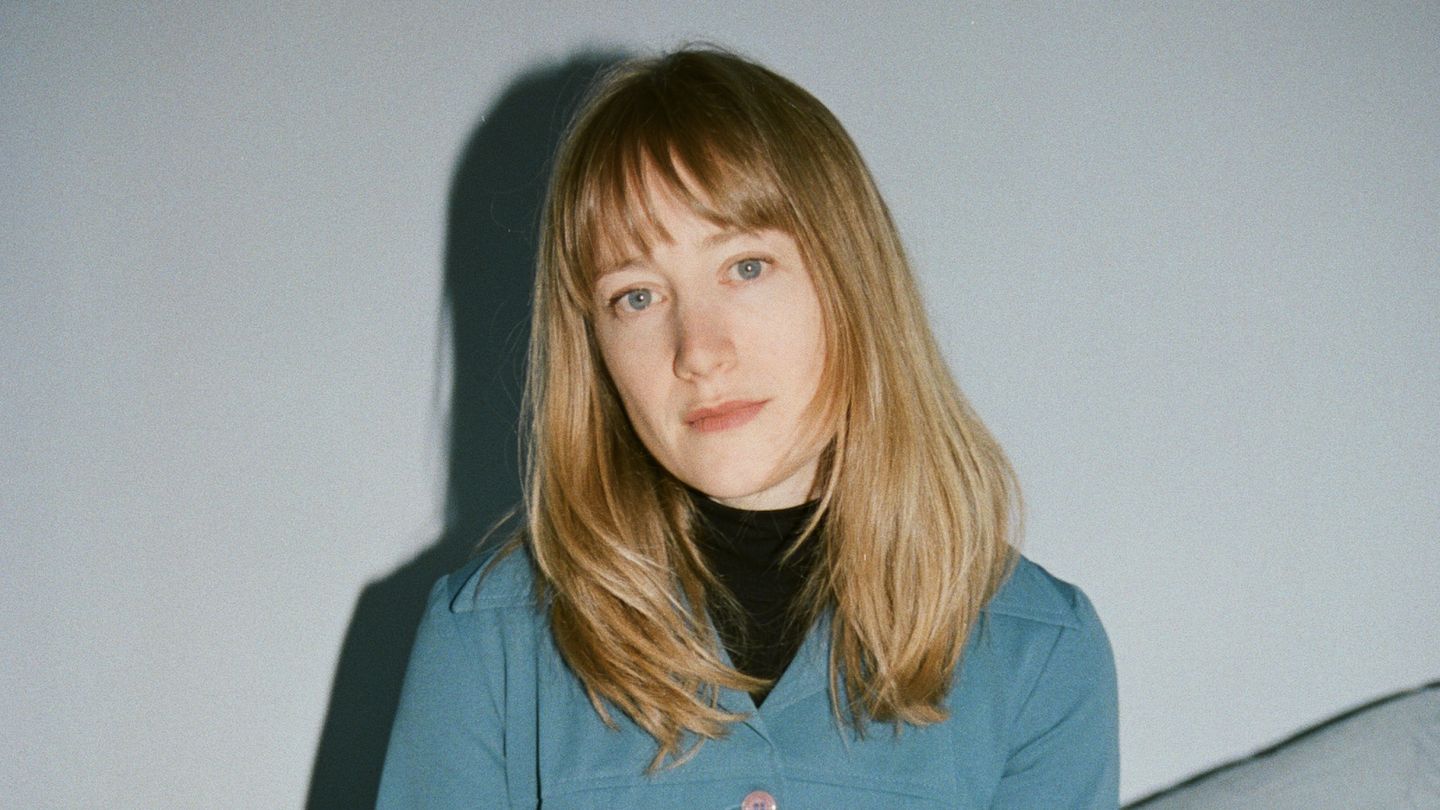 On Ignorance, The Weather Station Finds The Rhythm In Disconnection

Only toward the end of my Zoom chat with Tamara Lindeman does the painting behind her fully come into view. When Lindeman, who’s at her home in Toronto, moves slightly to her left, behind her appears a portrait of deep blue waves crashing against a sandy shore below gorgeous, distant hills under a sunset. “It is very perfectly me,” Lindeman says of the painting, and now that we’ve talked extensively about Ignorance, her equally timely and timeless fifth album as The Weather Station, I have to agree.

On Ignorance, Lindeman’s lyricism overflows with natural imagery — sunsets, oceans, birds, flora — as she ruminates on how our de-prioritization of nature and the world around us ties into our growing isolation from one another. “The disconnection from each other is the same as the disconnection from the world,” she says. “On an extremely fundamental level, that is the reality of our time in history. Any historian writing about our lives from the future, all they will be able to look at is, ‘Why on earth were you guys literally destroying the world?’ Pushing this natural imagery into everywhere is a really basic way of me saying that.”

Lindeman has long told dejected personal stories in richly detailed, uncompromisingly poetic language, but on Ignorance, she broadens her vivid imagery to focus on the whole world — namely, the urgency and ramifications of ceaselessly accelerating climate change. As Lindeman wrote the album, she realized, “[Since] I have a soft, feminine, gentle voice… I can convey [strength] with the music,” which here manifests as familiar four-on-the-floor rhythms that sound nothing like the finger-plucked cascades of 2015’s Loyalty or the rollicking folk-rock of 2017’s The Weather Station. The album nevertheless originated from, as usual for Lindeman, deeply personal ideas, including her wondering, “Why was I, as a teenager, so vulnerable, so easy to mislead? I was so easily convinced that… coercion or shittiness was love.” (Lindeman, now 36, is a former actress who, at 18, starred in the Canadian-Australian TV show Guinevere Jones.)

If it all sounds a bit dark thematically, it sounds roughly the opposite of that musically. Ignorance’s rhythmic focus results in the catchiest Weather Station music to date, and Lindeman’s undeniable hooks are entirely intentional. Her mantra while recording with her bandmates (all of whom except for bassist/guitarist Ben Whiteley are new Weather Station members whom Lindeman knows through the Toronto music scene) best summarizes this approach: “Everyone is trying to reinvent the wheel. Sometimes you gotta just use the wheel!”

This sentiment elucidates a more laid-back, fun side of Lindeman that contrasts her shy, introverted reputation. Ignorance is likewise unprecedentedly upbeat and straightforwardly pop for The Weather Station, and amidst this left turn — gusts of orchestral sound, gauzy synthetic backdrops, steady drumbeats, ever-husky vocals — Lindeman sounds more natural and confident than ever before. Her new sound’s roots in ‘70s and ‘80s pop and soft rock — she cites Fleetwood Mac, Roxy Music, and Duran Duran as influences — are unexpectedly bright yet mystical for The Weather Station, and the newfound sunshine and intrigue starkly, smartly contrast Lindeman’s melancholic, profound lyrics.

Lindeman says that her reflections on teenage deceit led to “Robber,” Ignorance’s cathartically slow-building lead single. Critics have by and large hailed it as appropriately anti-capitalist for its 2020 release, but Lindeman insists the track is more nuanced. Rather than railing against capitalism with “Robber,” Lindeman aimed to compare youthful deception to modern societal lies and walked away asking, “How can we be [misled and] convinced that billionaires are good for the economy? How can we be convinced that money is more important than air and water?”

Global concerns of this sort aren’t entirely absent from The Weather Station’s previous output. (A lyric on the self-titled’s beloved lead single “Thirty” goes, “Gas came down / From a buck-twenty, the joke was how / It broke the economy anyhow.”) On Ignorance, though, the ever-pressing global worry of climate change is newly prevalent. In the Ignorance press bio, Lindeman says that “the deepest emotional experience” she had as she wrote was — and this is at once eyebrow-raising and completely believable — “reading the IPCC special report on 1.5 degrees” of global warming. “I read that report,” she tells me, “and I started to peel back the layers of denial that couch our lives.” She began thinking, “Is everyone else comfortable with this? Am I the only one who sees things this way?”

Lindeman’s line of questioning ties neatly into her fascination with how humanity has become so disconnected from the earth. This worry is the foundation of the tender, lounge-inflected ballad “Wear,” on which Lindeman sings about trying “to wear the world like some kind of jacket” and muses that “it does not matter to the world if I embody it.” Although this bending of the earth to humanity’s needs might sound rooted entirely in modern climate woes, Lindeman sees today’s concerns as indebted to centuries of stifled curiosity.

“When people crossed the ocean looking for another place and they found an entire continent,” Lindeman says, “rather than be curious and ask questions, they were like, ‘This land is mine, and I’m gonna kill you’ because they had been taught a sort of weaponized ignorance.” This concept partially explains the album’s title, about which Lindeman says, “When you can accept that you don’t know, you gain knowledge, and when you believe that you do know, you are unable to know. Accepting the ignorance of ‘I don’t know’ can lead to a beautiful thing, which is knowing.”

Lindeman also sees this “unashamed not knowing,” to quote Ignorance’s bio, as fundamental to how people interact. That’s why interpersonal strife pops up in spades throughout Ignorance as Lindeman explores human disconnectedness. She says the lightly funky “Separated,” for example, is about how “we seem [needlessly] intent upon [arguments] as a society and within friendships and relationships.” Put another way, our defensiveness further distances us from one another.

Lindeman most vividly binds her fascinations with human disconnection and nature on Ignorance’s jaw-droppingly strong second through fourth tracks. On the gently groovy, breathtakingly gorgeous “Tried to Tell You,” Lindeman addresses a subject so “afraid to try and pull apart the endless rain you thought of as your heart” that they grow distant. In the song’s video, a man is seen ignoring nature’s presence in favor of artificial objects.

Artificiality likewise arises on the sprightly, disco-lite “Parking Lot,” Ignorance’s astonishing fourth track. The song is superficially about Lindeman watching a bird fly outside a club, but a closer glance reveals a devastating thesis: No matter how far we retreat into human-made constructs, nature surrounds and outlives us all. “This profound experience of [seeing] the world through a non-human perspective is really interesting and beautiful,” Lindeman says about “Parking Lot.” This sentiment grows from familiar to gloriously transcendent during the song’s home stretch as Lindeman repeatedly beckons, “You know, it just kills me when I” — with invigorating emphasis on the world “kills” — “see some bird fly.”

A similar effect happens on “Atlantic,” Ignorance’s fluttering second track and arguable pinnacle, on which lyrics such as “I should get all this dying off my mind / I should really know better than to read the headlines” feel at once relatable and revelatory. These lines come amidst stunning setting descriptions such as “What a sunset / Blood red floods the Atlantic” and “pink clouds massing on the cliffs,” which transport us right next to her into a scene like the painting from her room. Just like that, we’re reconnected.