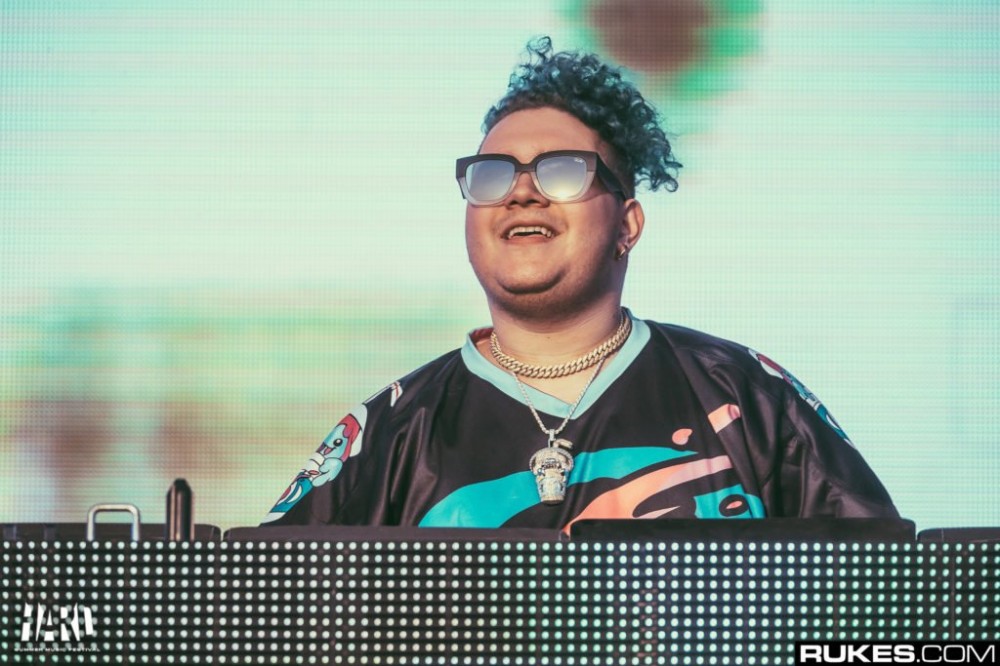 OUT NOW: Slushii Launches Side Project with Brand New Album

At the end of 2018, Slushii dropped his fourth studio album, DREAM, an appropriately named dreamy album that showcased a vastly different side of his production. It appears that it was so different in fact that, as he debuted his new project sapientdream last Friday with a new album, Dream II, he retroactively absorbed the first Dream album into it.

So, again, last Friday, Slushii released a new album called Dream II under his new project called sapientdream. The album is meant to convey the journey of emotion after losing a loved one, using a more somber palette of sounds. The 43-minute, 17-track album is rife with more emotion and acoustic elements, including Slushii’s voice and some raw guitar string noises.

Each song is rather short, with the longest clocking in at 3:27, and most averaging around two and a half minutes. They’re easily digestible and none too complex that they jar you from the pure listening experience. The ambient atmospheres and beautiful, bubbly synths easily lull you into a dream-like state as you absorb the story and learn what it all means.

Listen to Dream II by sapientdream, a new project from Slushii, below.

Here is the story of sapientdream, written directly from Slushii himself:

This is the story of an Individual.

It can be interpreted in many ways, and I hope that absorbing the lessons that this individual learned while writing this body of work may spark some lessons in you the listener.

This is the story of an individual.
A lone soul tormented by one crushing rejection after another. With one bond after another being tainted by a constant feeling of alienation and false hope, the individual walls themself up within their own mind and falls asleep. They begin to DREAM.

In this dream the individual meets a painter near Tokyo, Japan.

Someone who changed his world forever without them even knowing it. Upon first glance, a warm feeling
of comfort and infatuation rushed through the Individual, like a COMET. A year from that moment had
passed and something unprecedented had begun to happen. The walls protecting The individuals heart from being removed from its hollow casing had started to fall, like a SHOOTING STAR. The individual was in a dream that they never wanted to end. Looking at the NIGHT SKY with the Painter made time freeze. For that moment, the Individual knew what it felt like, to have a REASON TO FLY. But the Painter would clip the Individuals wings, In a slight moment of emotional defeat and regret, the Individual left their HEART IN JAPAN.

In Parallel with the Individual finding and losing true love in what seemed like an instant, the Individual
also reminisces of a simpler time. The Individual had a sister. As children their bond was like a SPRING.
Constantly bouncing back and forth as siblings do. They didn’t speak ANYMORE. This bond was
severed, leaving the Individual broken hearted, this time from someone who they at one point considered
to be family. The Individual started to build a tolerance for the excuses and unneeded noise that just seemed to never seemed to stop.

This is the story of an Individual.
This Individual eventually woke up from this dream turned nightmare and decided to LET GO. Despite all
of the external trials that the Individual went through, one thing remained constant. A sense of self, and
with that; the real dream began. The road to learning to love one’s self despite the weight of the world can
seem daunting at first, even impossible at times. But what we do with variables that our out of our control, is up to us. The Individuals.

The Individuals are unconfined.