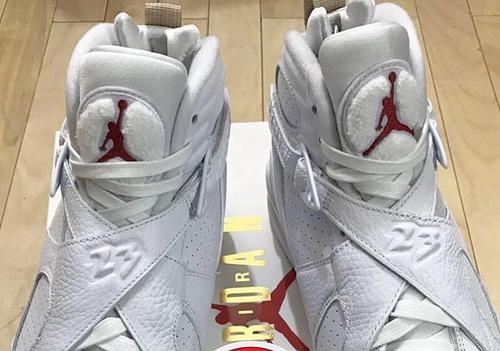 Drake’s OVO Air Jordan 8s have long been rumored to release but the wait is almost over. The kicks will reportedly arrive during the NBA’s All-Star weekend in February.

According to the ficial Welcome OVO social accounts, the white “OVO” Air Jordan 8 will release on Friday, February 16th.

Like the black pair, the all-white OVO Air Jordan 8s are built on a premium tumbled leather upper, including the crossing mid-foot straps, while a varsity red Jumpman sits on the furry, white tongue logo. Both black and white colorways have the OVO owl stationed on the gold heel tab.

As now, only the white version has been confirmed for February 16th, but it’s rumored that both colorways will be releasing this year. Each the kicks will be priced at $225, though it’s still unclear exactly how many pairs will be available.

Take a closer look at the white OVO Air Jordan 8 in the posts below and keep it locked for any developments.