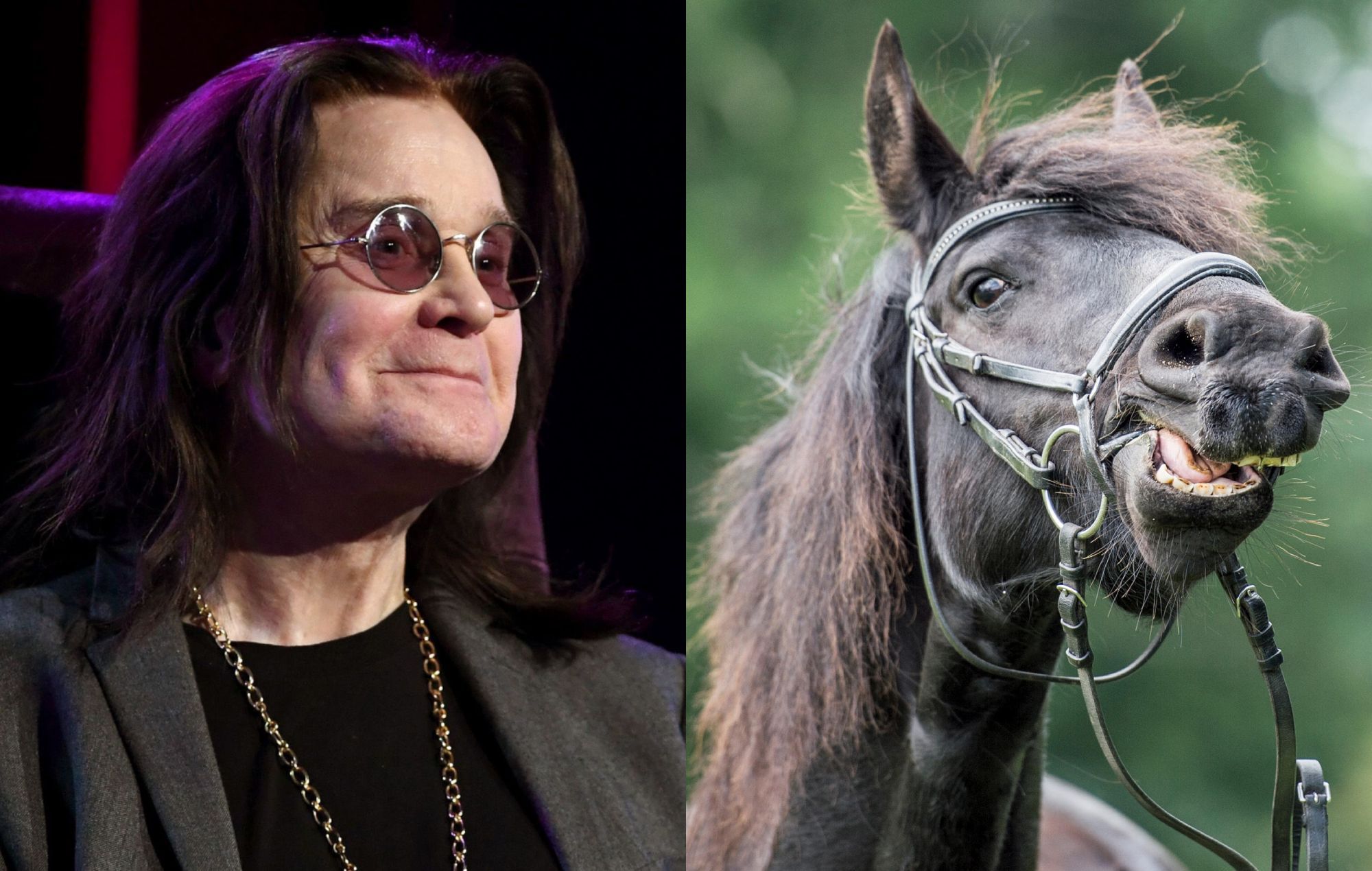 Ozzy Osbourne has revealed that he gave up taking acid in the ’70s after a trip left him chatting to a horse.

The rock legend was speaking in a new interview about the making of his former band Black Sabbath‘s fourth album, ‘Vol. 4’, which was in the groups’s chaotic heyday.

“We lived together in a house in Los Angeles, rehearsed there, did loads of drugs and made an album: simple,” Osbourne told Classic Rock. “Those were good times.”

“At that time in America, people were very fond of lacing your drinks with acid,” Osbourne continued. “I didn’t care. I used to swallow handfuls of tabs at a time. The end of it came when we got back to England.

“I took 10 tabs of acid then went for a walk in a field. I ended up standing there talking to this horse for about an hour. In the end the horse turned round and told me to fuck off. That was it for me.”

In 2018 Osbourne opened up more about his drink and drug-taking past.

“I now think, ‘how did I think going into a bar and getting smashed and doing all that cocaine was fun?”

He went on: “I have come to think that if right now you had a gun, a bag of cocaine and a gallon of booze and you said ‘Take your pick,’ I’d pick up the gun. It’s not worth it.”

Meanwhile, Osbourne also revealed in the Classic Rock interview that Eric Clapton took umbrage with a religious lyric in ‘One Of Those Days’, a forthcoming collaborative single between the two.

Osbourne discussed the song to promote his upcoming 13th solo album, ‘Patient Number 9’. The song features the lyric: “One of those days / That I don’t believe in Jesus.”

Osbourne said that he believes the line will “cause shit”, and used the reaction of Clapton – who is a born-again Christian – as proof.

“[Clapton] said, ‘Oh, I’m not sure about that lyric’,” Osbourne said. “We tried to replace it with some alternatives. We did ‘One of those days / Where I don’t believe in Christmas’, but it didn’t sound right. Losing faith in Jesus makes much more sense when the world is turning to shit.”