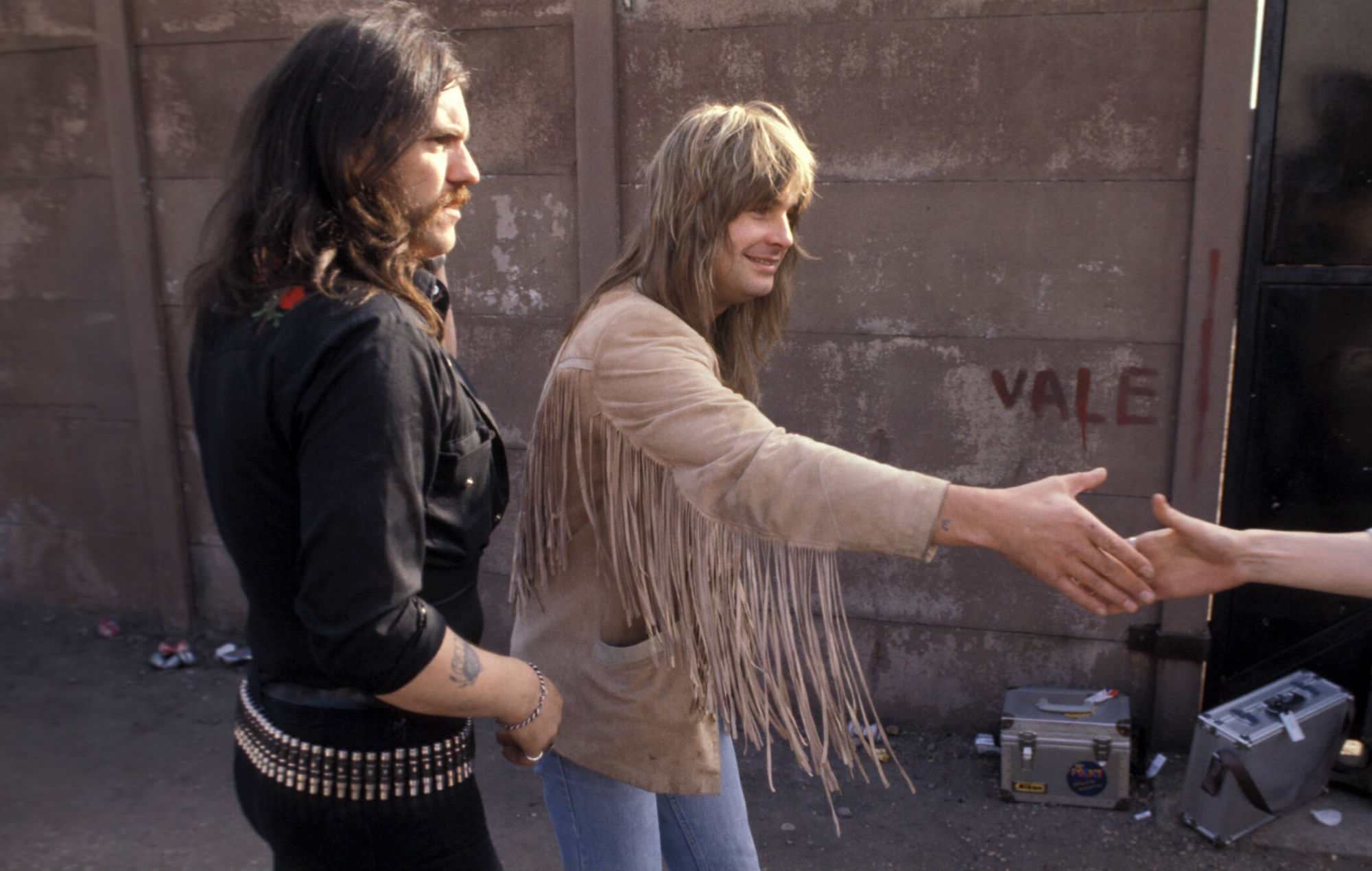 Ozzy Osbourne has hailed the late, great Lemmy Kilmister as his own “rock god” in a new tribute.

The Black Sabbath frontman opened up on his love of the Motorhead singer when asked about the artists who inspire him, in a new interview with BBC Radio 2’s Johnny Walker.

The hard-living rock icons were close friends, and Lemmy co-wrote a wide array of Osbourne’s solo tracks before he died from cancer in 2015.

My rock god is Lemmy Kilmister. Lemmy was a guy – he shot from the hip every time. ‘That sucks,’ or, ‘I like that’,” said Ozzy.

“I’m good at starting lyrics, but I can’t finish them. And he’d go – he’d write a bunch of lyrics for my songs – ‘Mama, I’m Coming Home.’

“So, I’d give him a tape, and I had this book on World War II. I haven’t read it and I told him, ‘Tell me what you think. And I have a bunch of these lyrics – whenever you can…’ I’m thinking, it’s gonna be a week.

“He was a speed-reader! He could read really fast. He was amazing! You look at people like Lemmy and you think, ‘Oh, he’s a yob [a rude, noisy, and aggressive young person].’ But he was very well-educated.”

Earlier this year, Osbourne also admitted he was “probably one of the last people” to speak to Lemmy before his death.


Speaking to Planet Rock, Osbourne explained how he rang Lemmy one final time after being made aware of his failing health.

“I’d phone him up; somebody said he was not gonna make it, so I phoned him and I put him on the phone. And I couldn’t make out what he was saying. It was terrible,” he said.

The pair were also frequent tour mates – including a final run of shows in South America in 2015 which proved to be the first indicator of Lemmy’s ill health.