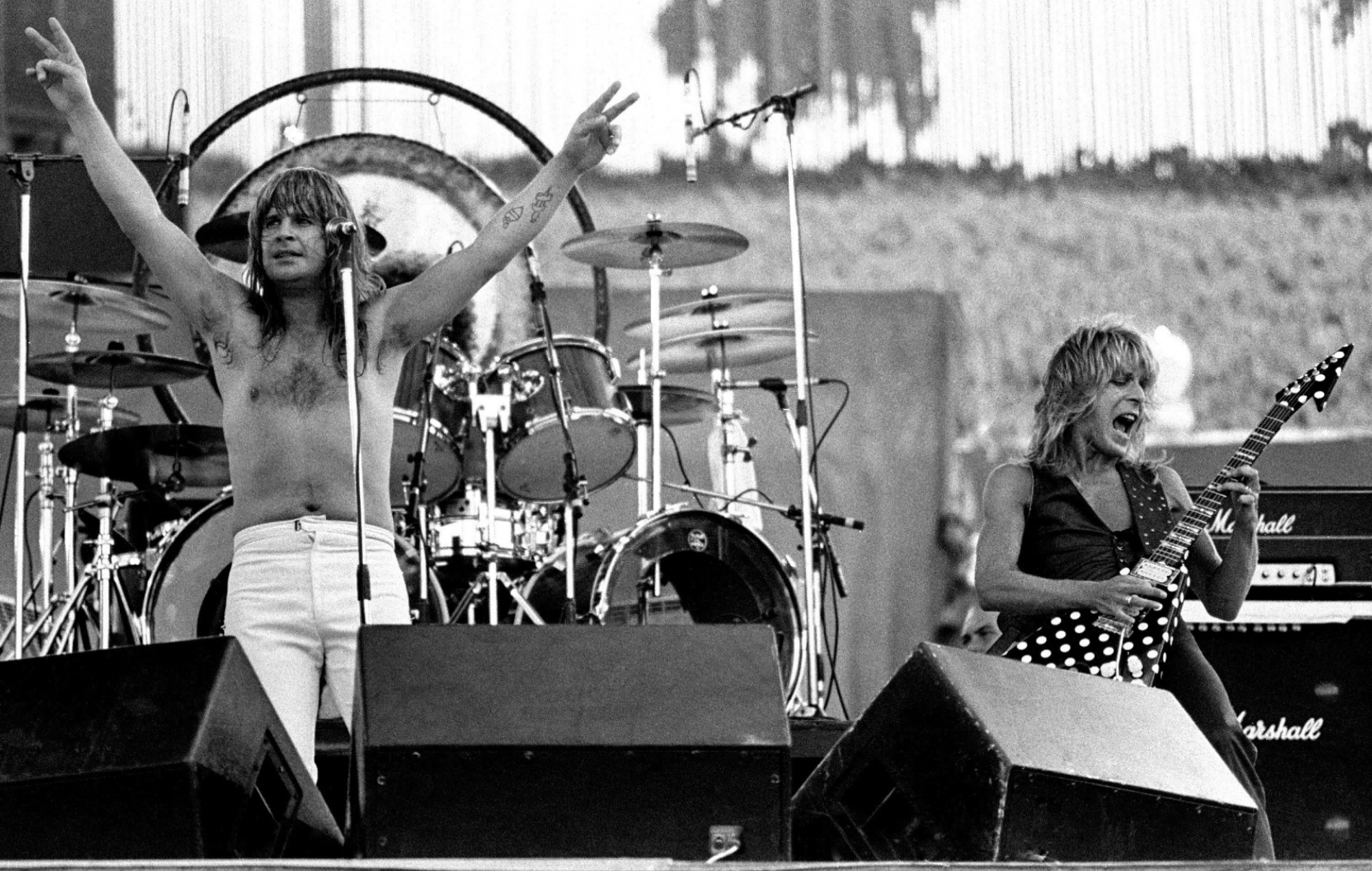 Rhoads will be inducted for a ‘Musical Excellence Award’ in the ceremony which will be held this October, alongside LL Cool J and Billy Preston in the same category.

Speaking ahead of Rhoads’ induction, Osbourne told Rolling Stone: “It’s a long time coming, but he got there in the end.”

“He was a great player…I owe my career to him,” Osbourne said. Rhoads died in a plane crash whilst on tour with Osbourne and Black Sabbath in 1982.

Recalling the time they first met, Osbourne added: “When I heard him play, I said, ‘I don’t know if I’m smoking some serious stuff or this guy’s better than any guy I’ve ever heard.’ He was great. He was kind of like a gift from God.”

“His demeanor was kind of cool. He wasn’t flashy. Everybody back then was copying Jimi Hendrix. And then I found out that he was a teacher in his mother’s music school, which is a big plus for me because he had a lot of patience.”

He continued: “When we wrote music together, he gave me space and time. He worked out what keys would be better for me to sing in. When I was with Sabbath, they would just give me a riff, and I’d have to struggle with putting vocal melodies on ’em. But Randy Rhoads was very easy to work with…When he would play me something new, the hairs on the back of my neck would stand up.”

Reflecting on Rhoads’ death, Osbourne said: “I was kind of emotionally wounded after Randy died. It took me until No More Tears to get back on the right path with recording. He died really young, and he didn’t deserve to die. It’s really strange for me to sit here and reflect. Like, fucking hell, 40 years, it seems like it was yesterday.”

Foo Fighters, JAY-Z and Tina Turner are all included in the 2021 cohort of inductees alongside The Go-Go’s, Carole King and Todd Rundgren in the ‘Performers’ category.

Kraftwerk, Gil Scott-Heron and Charley Patton meanwhile will each be awarded with the Early Influence Award.

This year’s induction ceremony is set to be held at the Rocket Mortgage FieldHouse Arena in Cleveland, Ohio on October 30.