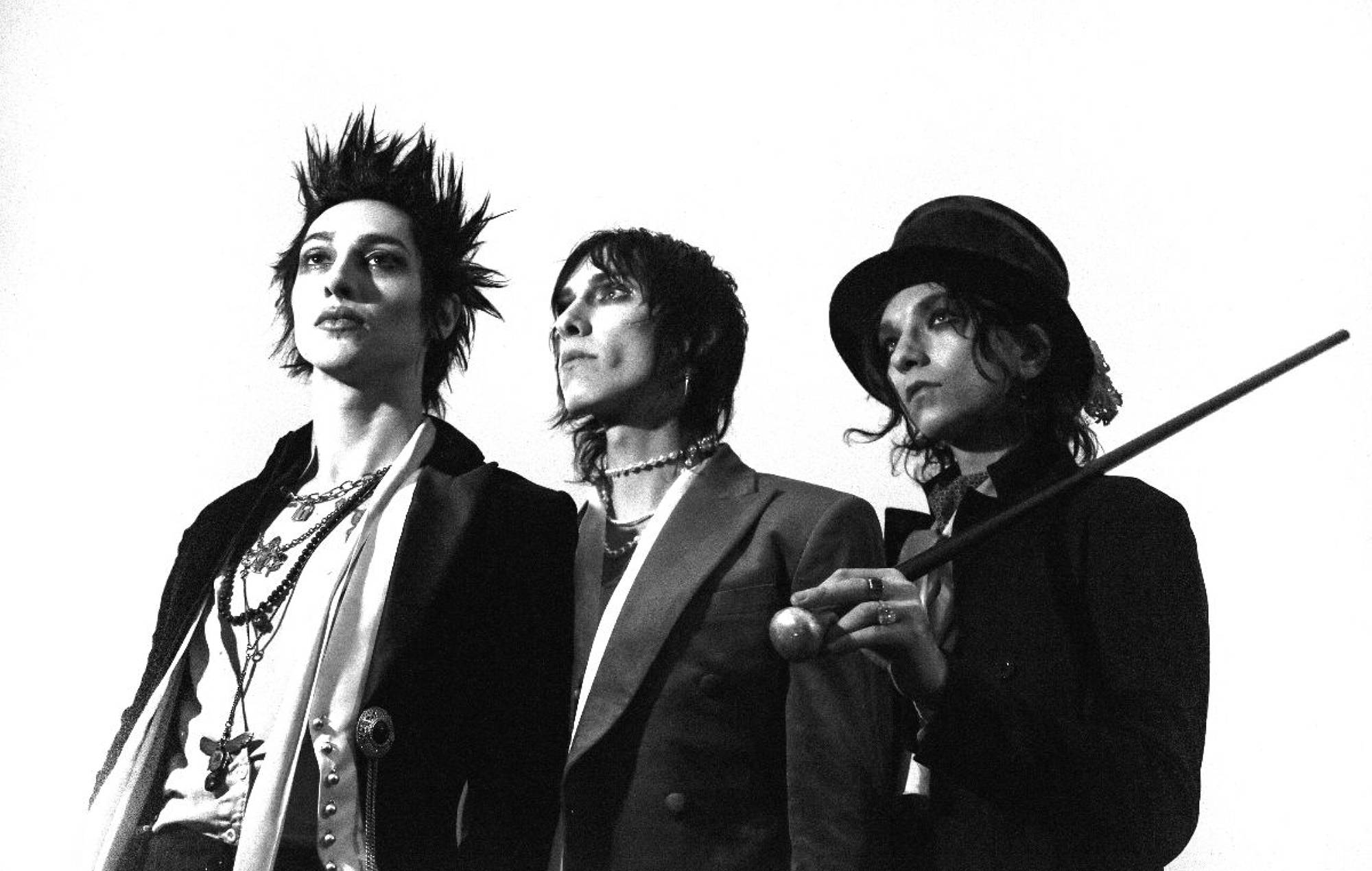 Palaye Royale have released new single ‘Lifeless Stars’ from their upcoming album ‘Fever Dream’. Check it out below alongside an interview with the band.

According to the art-punk band, the haunting, piano-led track is dedicated to their fanbase, The Soldiers Of The Royal Court and their family.

“We all shine bright but we all shine even brighter together. You are all important,” they said in a statement.

It’s a message that flows through their third album ‘Fever Dream’ which is out in October.

Inspired by Radiohead, classical opera and The Doors, ‘Fever Dream’ is more lush and cinematic than the snarling outsider anthems that have come before, earning them support slots with the likes of Yungblud.

“There’s tension, but it’s still beautiful,” Sebastian Danzig told NME from backstage in Prague ahead of a headline show in the city. “Look at a band like Sigur Ros – they channel so much angst without the need for fast, up-tempo punk songs.”

“We didn’t intend for the songs to be five, six, seven minutes long but we were just having so much fun in the studio,” he said. “It feels like everyone’s attention span is short right now, especially with stuff like TikTok, that we wanted to go in the complete opposite direction with this album,” he added, before explaining how their live show would always be “punk”.

“That on-stage energy was originally out of necessity,” added drummer Emerson Barrett. “For the first few years of the band, the only tours we could get were with death metal, screamo or hardcore bands. We’d go onstage, play our nice little songs and people wanted to kill us. They would throw shit at us, threaten us with violence and that made us play with a little more anger and be more energetic on stage. We still have that bite, but with a fanbase that totally gets us.”

Leith continued: “We don’t really hide shit from our fans. It feels like a lot of bands try and present themselves as these perfect role models. We’re so the opposite of that; people respond to it.”

‘Fever Dream’ is also inspired by Britpop bands like Oasis and The Verve, as well as The Libertines – a band the brothers in Palaye Royale have always looked up to. “We’d never really heard anything like them before,” said Leith. “The look, the songs, the whole fucking vibe. It was sloppy, beautiful, chaotic and fucking amazing.”

Barrett added: “Even beyond the music, which we all adore and obsess over, it with their ideology of supporting poetry, philosophy and art. They did it all with a ‘fuck you’ attitude as well.”

On their last UK headline tour, Palaye Royale were even supported by The Libs’ Carl Barat. On the first night, they knocked on his dressing room door, said hello, then left him to it. A few minutes later, he was knocking on their door with a bottle, demanding they do shots with him. “It was the start of seven days of us raging with him,” said Danzig, revealing that was Barat always waiting side of stage with a bottle of something. “It was just like having another brother.”

A few weeks ago, Carl, alongside Pete Doherty, Facetimed Palaye Royale from The Libertines’ Albion Rooms in Kent, for a quick catch-up. “They said we’ve put a fire in them because we reminded them of them. Different music, but the same attitude.”

Later this year, they’re going to spend a week in the band’s Margate hotel and studio The Albion Rooms with Pete and Carl to write some songs.

As for now, the band admit a sense of calm in Palaye Royale but that wasn’t always the case. As Danzig reveals, backstage at Reading 2019, Palaye Royale were “beating the crap out of each other,” before Leith added that “it was getting very Gallagher brothers.”

The band think the fighting was due to years on the road, and the gruelling tour conditions they often found themselves in. “Throughout the pandemic, we definitely found a love and absolute respect for one another,” said Barrett, with ‘Fever Dream’ providing the band the opportunity to create something intricate. “We had the luxury of obsessing over every detail.”

While 2020’s ‘The Bastards’ was an angsty concept record about art and self-expression being squashed under toxic politics, ‘Fever Dream’ is a far more lush, joyful record.

“I’ve definitely been heavy on darker topics in the past but this one is more focused on hopeful sounding songs,” admitted Leith. “It’s the first time I’ve really done that.”

Despite the calm within the band, he found COVID “a really difficult time,” with Leith discovering it’s not normal to drink as much as he had been on tour, at home. “It was a really dark period of my life,” he said, adding: “I know everyone fucking went through something like that and they don’t need to be reminded every second that life is kinda shitty right now. I wanted to create something positive. There’s a lot of truth in these songs but it’s a beautifully hopeful record.”

That sense of community can be found across the album’s title track, which includes nods to “six or seven” other Palaye Royale songs.  “It’s just about that unity, we’re all going through the same journey and there is always a light at the end of the tunnel,” said Sebastian Danzig. “I hope it reassures people that they can be anything they want to be.”

Palaye Royale are releasing Fever Dream at a time where theatrical rock music is back in fashion thanks to new acts like Creeper and Måneskin alongside returning scene heroes like My Chemical Romance.

“People are just over the bullshit,” said Danzig, before Leith added “It just feels exciting again. For a few years, everything was very minimalistic and the world was missing the showmanship of everything. Now, it’s cool to see these amazing bands come forward and kick ass onstage. I went to see Måneskin play to 80,000 people in Rome a few weeks ago and it was amazing.”

Rather than feeling jealousy, their success “makes our job a lot easier, because people are so much more accepting of bands again.”

Palaye Royale have always been an ambitious band (debut album ‘Boom Boom Boom’ featured gospel singers and a string section) and early next year, they return to the UK for a headline run that takes in London’s Brixton Academy. It’ll be the first time the band really have the space, and the production, they’ve always craved. “It’s a huge milestone, but there are so many other bands also doing that right now. It’s cool for that night, but you’re not really setting yourself apart,” said Danzig.

He continued: “You work your way up the ranks, you go to arenas, you aim for stadiums. As we’re building, we want to venture outside of that and build on the culture of Palaye. We want to make things more immersive and create a world that the listener can get lost in, and feel a part of.”

Barrett added: “Now more than ever, people are looking for escapism of some sort.  It’s a really magical thing when you’re able to create a community that celebrates each other.”

Palaye Royale release ‘Fever Dream’ on October 28. Visit here for tickets and more information for their UK and European tour.