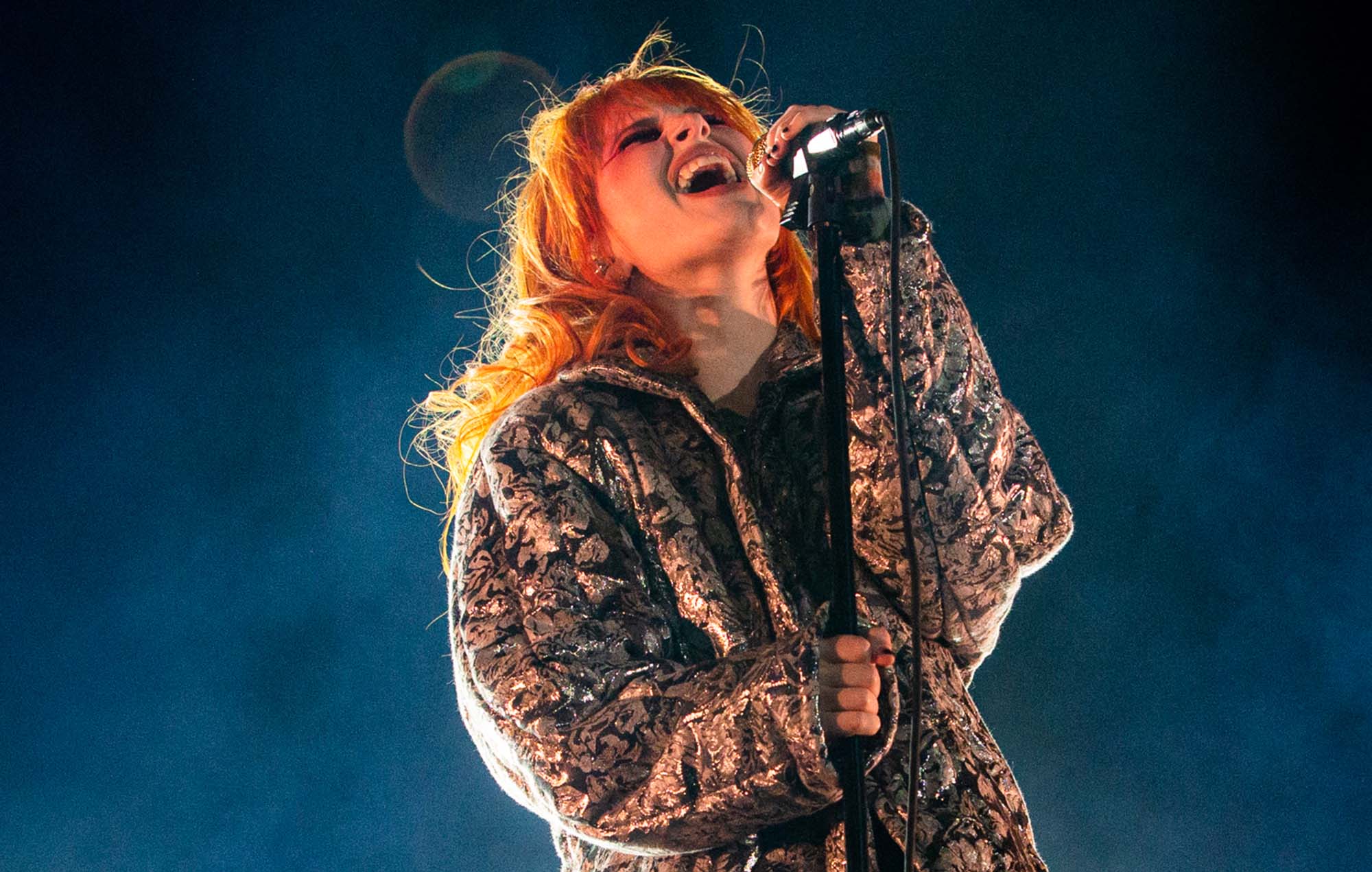 Paramore at intimate Manhattan gig: “We’re really proud of the diverse fucking crowds that come to our shows”

Last night (November 13) Paramore returned to New York City for the first time in four years, to play a fan-fueled intimate show at Manhattan’s Beacon Theatre. Check out quotes, videos, and the setlist below.

Hayley Williams took moments in between the set to banter with fans about the band’s two decades of music and memories, introducing fans that hadn’t seen Paramore live before to their new “family”. “You chose this – you left your house, the comfort of your couch, you braved the big city and came across town and here you are,” she said. “Don’t ever make us go that long without you again.”

‘This Is Why‘, the first taste of the band’s upcoming album which drops in February of next year, set the tempo for the evening with Williams telling the crowd to put on their dancing shoes, and dance like no one’s watching, at one point saying, “I don’t wanna see any fucking around out there – I want ugly ass dance moves!”

The theatre’s audience was made up of new and longtime fans, with the band pointing out attendees they’d seen at “every show” and even inviting two lucky onlookers on stage to sing the bridge of ‘Misery Business’.

Paramore also took the time to address the “hiatus” they went on in 2018, which according to Williams was just them needing a break and not the terminology they used to describe their time off. They also touched on bringing ‘Misery Business’ back on the setlist. In 2018, at the end of their last tour, they announced that the controversial track had been pulled from the band’s live shows amid ongoing debate about whether its message was “anti-feminist”. This was due to one particular line in the second verse: “Once a whore, you’re nothing more, I’m sorry that’ll never change.”

Last night, Williams said pulling ‘Misery Business’ from the setlist felt, “really right, felt like the right thing to do” at the time. She joked, “We retired it for the four years we were off” calling it “the worst self-inflicted lesson that we ever learned.”

Williams, who penned a letter to the “young girls, queer kids, and anybody of any color…” in the emo scene who had “shifted this scene together” also took the time out to credit the band’s fans and the diversity represented in the audience.

“Before we end our time together, I’m really proud not only of our band but the people that come to our shows,” she said. “The people that support our band that is what makes us special. So much of it is the grace that you’ve shown us as we’ve grown up and learn hard lessons in front of the world.

“I don’t know if you looked around so much tonight, ’cause I know there’s a show going on, but we’re really proud of the kind of people who come to our shows, diverse fucking crowds. There’s just not room for any other way, especially at our shows, so thank you for making it a place that thrives like this.”

thank u paramore for my life.. pic.twitter.com/lcsi8cO65m

Every expectation exceeded. I’ve dreamed of seeing this band since I was a teen and they were everything I hoped they would be live, and more. Absolutely a night I will take with me for the rest of my life. @paramore @ @BeaconTheatre
11-13-22 💜 pic.twitter.com/hVZoBMOOOj

Earlier this month, the band announced details of a huge 2023 North American tour, with Bloc Party and Foals in support – buy tickets here. Paramore’s current intimate US run ends this month in Florida, with one more stop in Mexico City ahead of the release of their new album ‘This Is Why’ which drops next February.