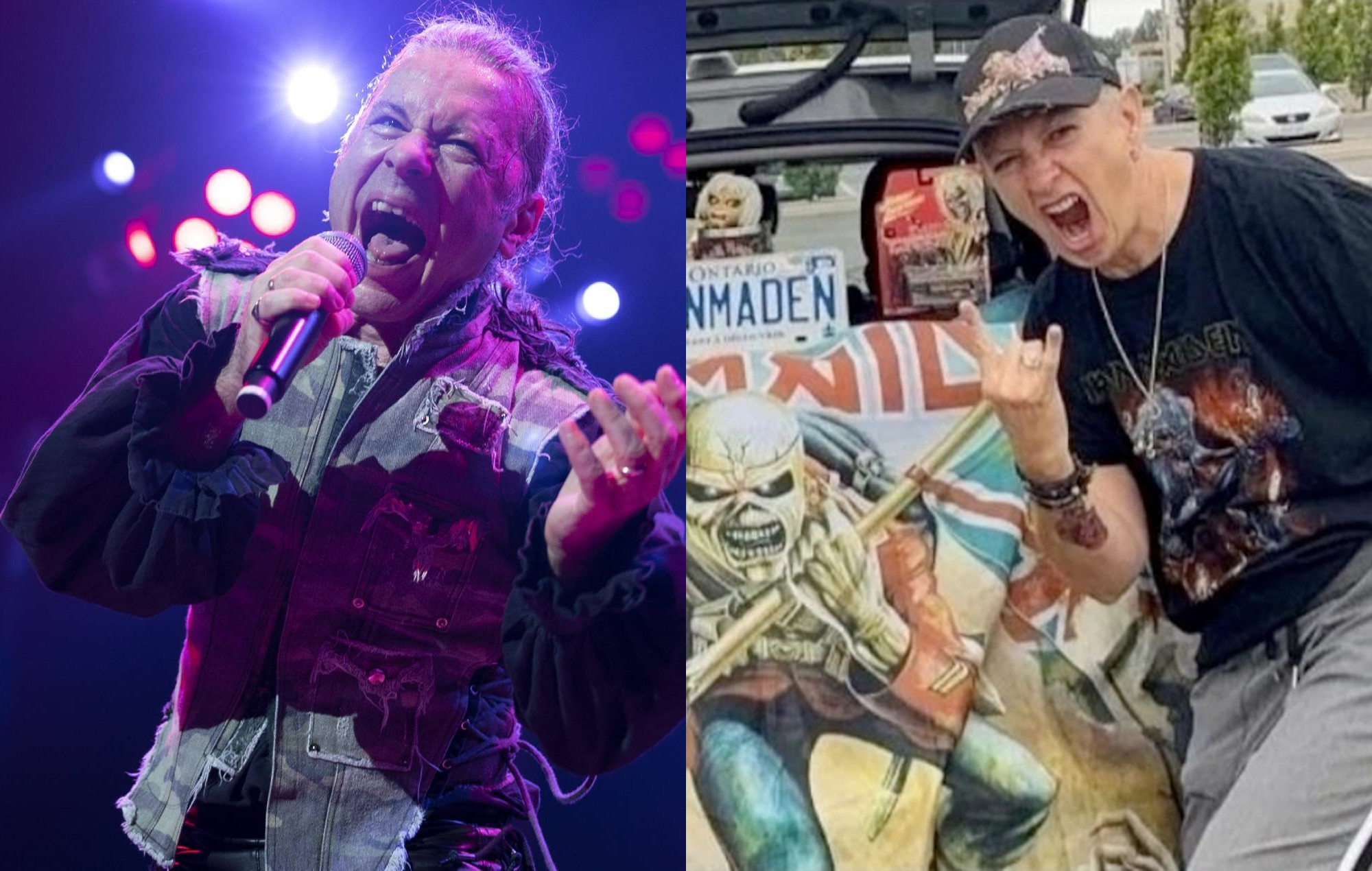 Parents at a Canadian school have launched a petition calling for the removal of its principal, an ardent Iron Maiden fan, who allegedly shared photos of herself paying homage to the group using the school’s social handle. The “concerned parents” say the post’s affiliation to Iron Maiden demonstrates “satanic imagery”.

Sharon Burns is the principal of Eden High School in St. Catherines, Ontario, and has been unashamed to display her love for the heavy metal titans on her social media, her Twitter bio even reading “Principal at Eden High School. Growth Mindset Practitioner. Fueled by metal & ska. & chickens”.

An image she shared shows her hand in the horns up gesture in front of an Iron Maiden banner and license plate. Another photo shows a figure of Eddie, the Iron Maiden mascot on the dashboard of her car, with a handwritten sign that reads “Eddie 666”.

The petition, titled “Eden High School Principal, Sharon Burns, Needs To Be Transferred Immediately!” had 500 supporters at the time of writing.

“As concerned parents… we are deeply disturbed that the principal assigned to the school blatantly showed Satanic symbols and her allegiance to Satanic practices on her public social media platforms where all the students can see them under,” the petition’s description reads.

“As parents we are demanding her transfer to another school. Please replace her with another principal who aligns with the values of the families at Eden and will not sabotage the teaching or upholding of those values and will not try to introduce impressionable students to Satanic practices or symbolism.”

An update from the group insisted they were not targeting Burns’ admiration of the band, but the “satanic” visuals affiliated with Iron Maiden. “If she had not posted a picture of her own handmade 666 sign, this petition WOULD NOT EXIST. Nobody cares what band she likes and this is not about her choice in what she listens to. That would be petty and nonsensical.”

A counter petition, “We Need Mrs. Burns”, has received more than 15,000 signatures at the time of writing. “It is ridiculous that a couple of parents only judge her role as a principal only based on an instagram post,” its description reads. “Eden High School is a public school. Not a Christian school.

“She [Burns] spreads nothing but love and kindness, and is probably one of the best and most enthusiastic principals the school has ever had.”

“Here, they take things further; ultimately letting imaginations run wild in an album that’s more confident and idea-packed than ever before.”