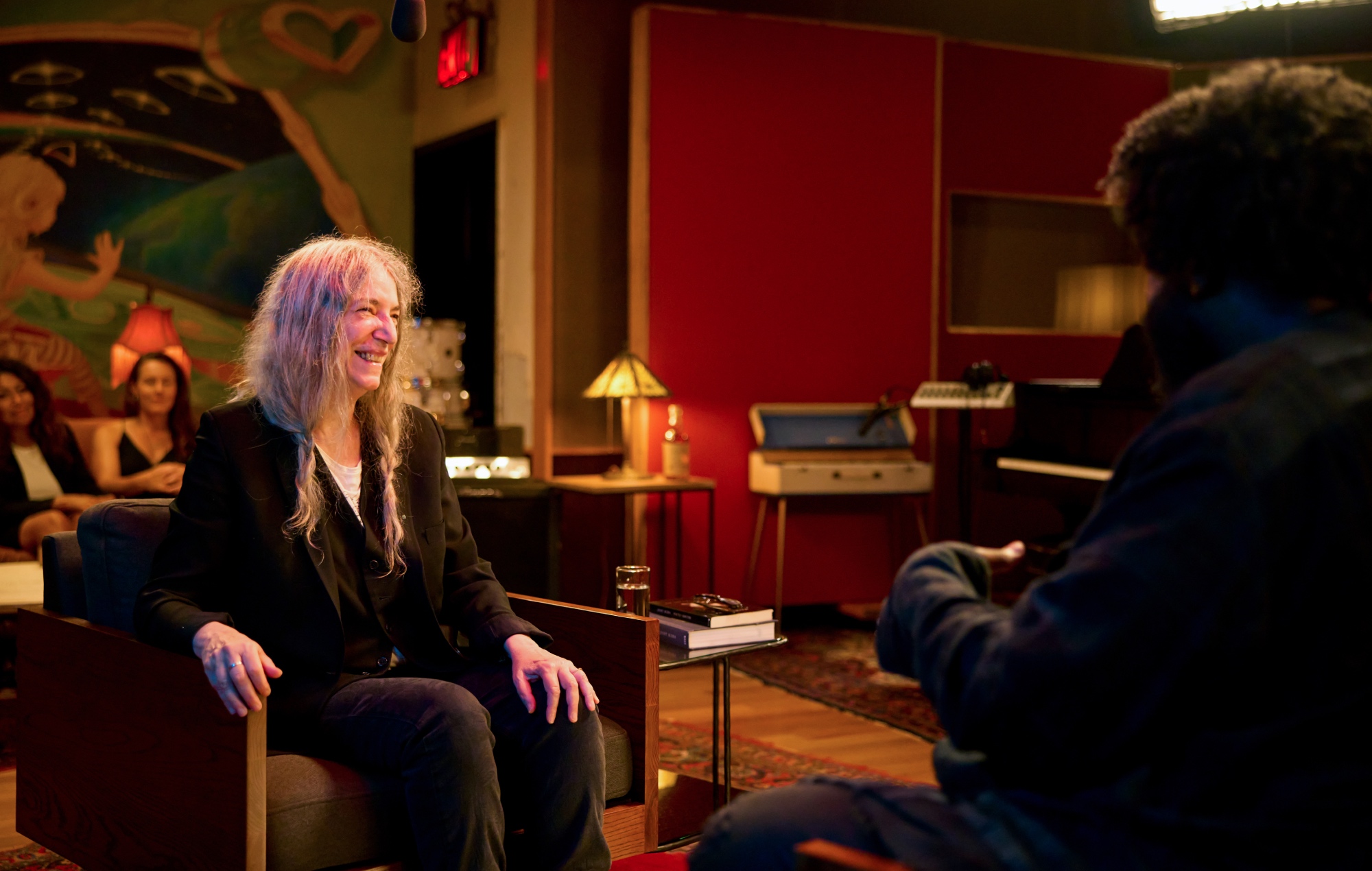 Patti Smith is set to appear as a guest on Questlove‘s web series Quest For Craft – you can check out the trailer below.

The legendary singer-songwriter will speak to Questlove on the third episode of the show, which is created in partnership with whiskey company The Balvenie. It’s due to air next Thursday (November 25).

Filmed at Electric Lady Studios in Greenwich Village, New York City, the forthcoming instalment sees Smith reflect on her appreciation for life. “We love the things that we have in life and we’re gonna lose many of them,” she explains. “But I have every day a new thought, a new idea. It’s part of the package of being alive.”

Saturday Night Live‘s Michael Che and producer Jimmy Jam appeared as guests on episodes one and two of Quest For Craft respectively. You can tune in via YouTube here.

An official description for the web series reads: “A disquisitive new digital series exploring the convergence of craft and creativity, hosted by bestselling author, cultural icon and scholar of creativity Questlove. Quest For Craft explores modern creativity between the lines through compelling creators that pour their hearts into what they do.

It adds: “Each episode also includes films, animations and other cinematic rabbit holes undertaken in search of answers that illuminate the journey of ultimate craftsmanship.”

Meanwhile, Patti Smith has said that “the climate movement is the most important thing on the planet right now”. The comments came ahead of a special performance at COP26 in Glasgow.