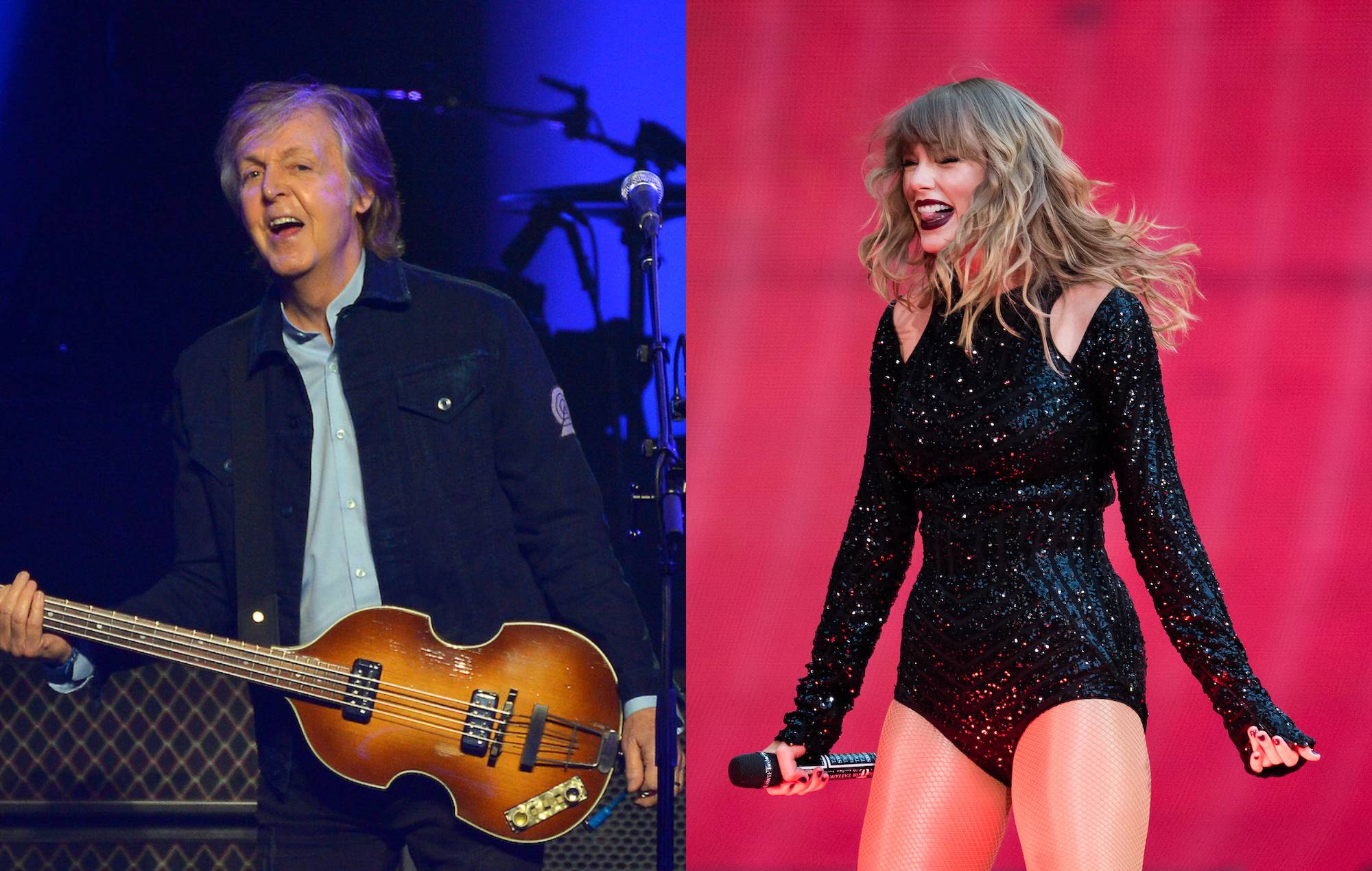 Paul McCartney has revealed that he wanted to invite Taylor Swift on stage with him at Glastonbury 2020 to play ‘Shake It Off’ together.

The pair were set to headline the Pyramid Stage at this year’s festival, before it was called off due to the coronavirus pandemic.

Chatting in a new joint Rolling Stone interview, McCartney expressed his desire for the on-stage collaboration, with Swift then revealing that it was her separate hope for the same outcome.

“Wow, it would’ve been so fun to play Glastonbury for the 50th anniversary together,” Swift said, to which McCartney replied: “It would’ve been great, wouldn’t it? And I was going to be asking you to play with me.”

“Were you going to invite me?” Swift said. “I was hoping that you would. I was going to ask you.”

“I would’ve done ‘Shake It Off’,” McCartney revealed, which Swift then said “would have been amazing”.

The pair also talked about their two quarantine albums. In July, Swift surprise released new album ‘Folklore’, which she made largely with The National‘s Aaron Dessner during lockdown.


Glastonbury 2021, meanwhile, is currently set to go ahead, according to the festival’s lawyer. General Counsel Ben Challis said: “For 2021 we will have to start building in March, or the end of March because it’s a big festival and it takes a lot to build, and no one wants to do a ‘light Glastonbury’.

“The plan would be to rebook the 2020 bill, it will move everything, including our 50th-anniversary celebration to 2021”.