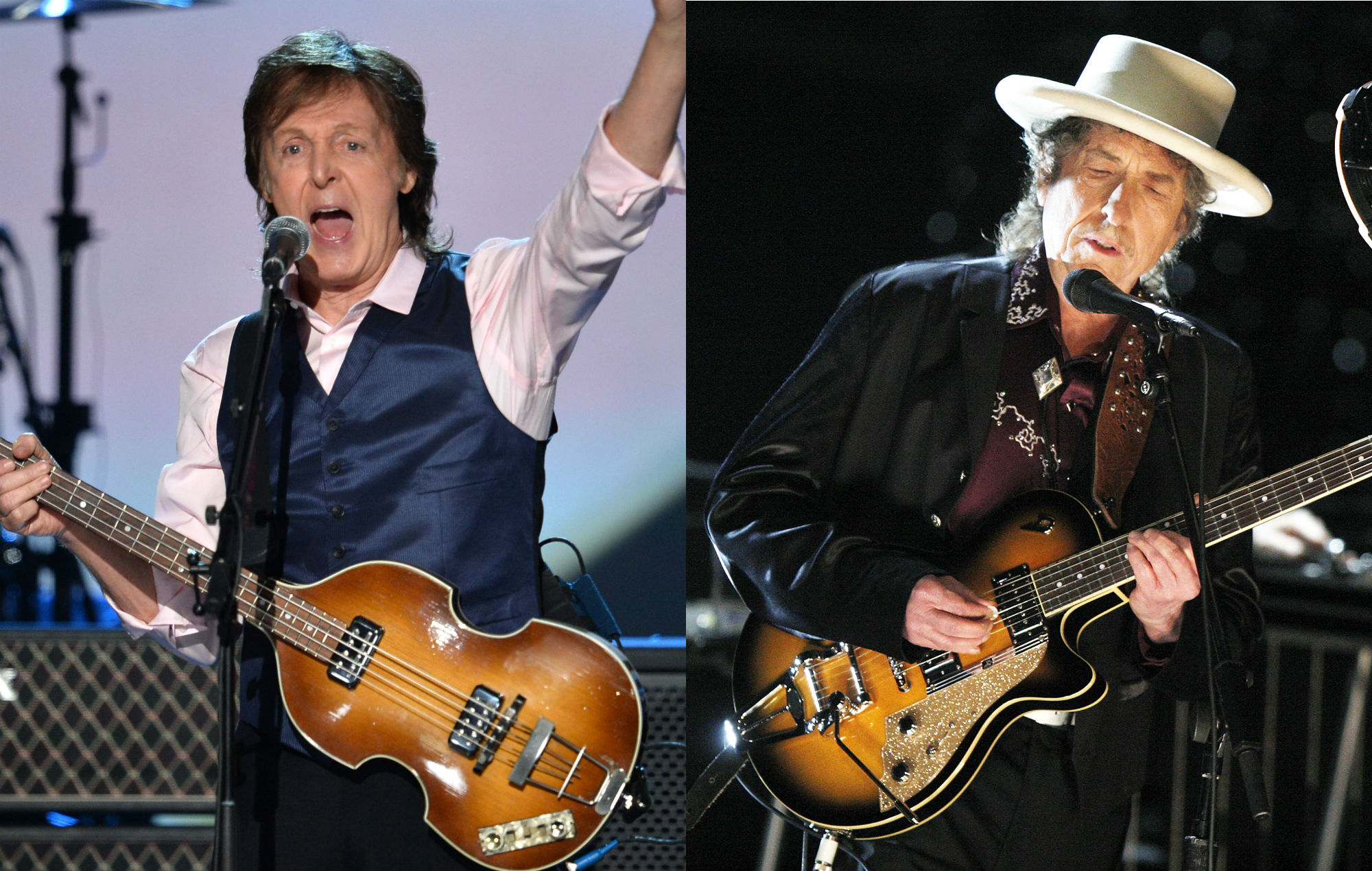 Paul McCartney has shared a story about the first time that The Beatles got stoned, with a little help from Bob Dylan.

Macca was speaking as range of artists from throughout the ages paying tribute to Dylan to mark his 80th birthday for Uncut‘s June issue – which is out today. Looking back to their ’60s heyday, the former Beatle remembered how the Fab Four once got a little stoned at the hands of the singer-songwriter.

“I’m not sure whether he’s very keen on me telling this, but here we go,” McCartney told Uncut. “It was at the Delmonico Hotel on Park Avenue and 59th in New York City in August, 1964.

“We were in a hotel room, all being good lads having our Scotch and Coke – it was an afterparty, I think. Dylan arrived and he went into the bedroom with his roadie. Ringo [Starr, drummer] went along to see what was up. So he finds Dylan, rolling up, and he has a toke.”

McCartney continued: “He came back in and we said, ‘What was it like?’ So Ringo says, ‘The ceiling is kind of moving down…’ We all ran into the back room going, ‘Give us a bit, give us a bit!’ That was the very first evening we ever got stoned!”

The latest issue of Uncut also comes with ‘Dylan Revisited’ – a covermount CD made up of 14 cover versions of choice cuts from Dylan’s songbook recorded exclusively for Uncut, as well as a previously unreleased track from the man himself. Flaming Lips, Courtney Marie Andrews, Low, Weyes Blood and Richard Thompson are among the names to have contributed bespoke covers to the new album.

‘Dylan Revisited’ and the June issue of Uncut is out now and can be ordered here.

The new @uncutmagazine is now on sale! Order a copy direct from us for (free UK) home delivery: https://t.co/prKrUErDYZ pic.twitter.com/VYVoeNCi12

After a long and prolific history with drugs, McCartney admitted in 2012 that he had given up smoking marijuana due to the parental duties of raising his daughter Beatrice. He once famously spent nine days in a Japanese jail in 1980 after being caught with the drug.

This comes after McCartney previously voiced his admiration for Dylan, admitting last year that he “wished he could be more like him“.

Asked for his thoughts on Dylan’s latest album ‘Rough And Rowdy Ways‘, McCartney replied: “I always like what he does. Sometimes I wish I was a bit more like Bob. He’s legendary… and doesn’t give a shit! But I’m not like that. His new album? I thought it was really good. He writes really well.

“I love his singing – he came through the standards albums like a total crooner. But, yeah, I like his new stuff.”

In a four-star review of the album, NME concluded:” ‘McCartney III: Imagined’ is another fine entry into the self-titled collection. The sheer star-power and respect from contemporaries and newbies is another flex that proves the endeavour, which started over 51 years ago, was a worthy one.”