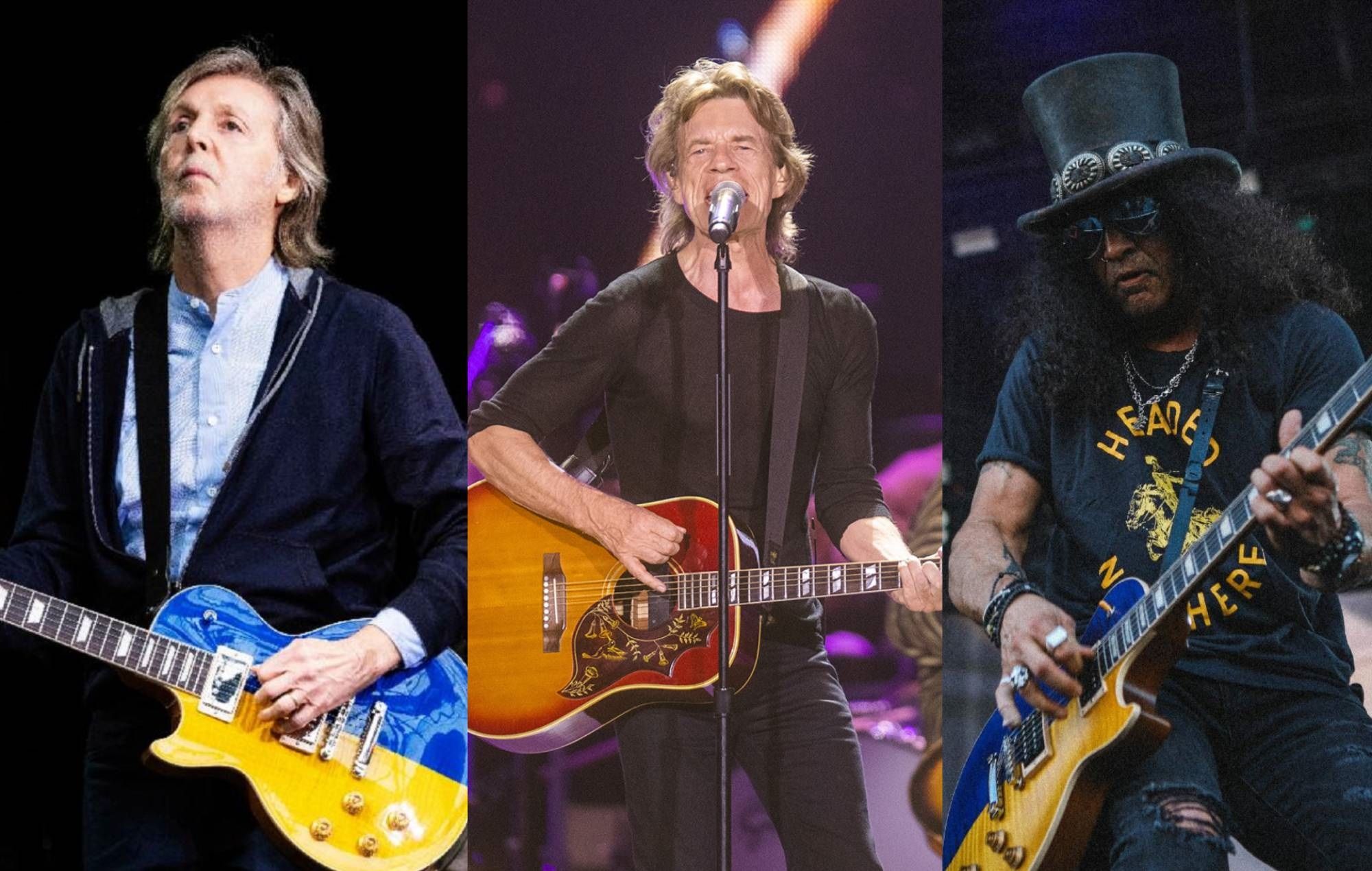 Paul McCartney, The Rolling Stones, Slash and more are auctioning off Gibson guitars to help Ukraine

Paul McCartney, The Rolling Stones, Slash, Kasabian and Madness are auctioning off Gibson guitars to help victims of the war in Ukraine.

The artists have been playing Gibson guitars featuring the colours of the Ukraine flag over the summer.

Now, Gibson has crafted a limited edition run of four Guitars For Peace Les Paul Custom electric guitars, with autograph books by the artists that also include Chic, Paloma Faith, The Charlatans, The Vaccines, Toyah, My Chemical Romance and actor Jason Momoa.

Starting on October 11, bidding will open via Julien’s Auctions. A live auction will take place online from November 11-13 here and in person at the Hard Rock New York.

“I’m happy to auction this beautiful guitar of mine to benefit the fine people of Ukraine,” said McCartney. “Hopefully it will help them through this aggressive Russian invasion.”

“It is an honour to represent the brave sovereign state of Ukraine,” Slash added. “I’m proud to support them during this conflict.”

100 per cent of the funds from the auction of the Gibson Guitars For Peace Ukraine Relief guitars will go to the current humanitarian need for the people of Ukraine as well as to rebuilding efforts once the conflict ends.

In addition to the guitars, Gibson has launched the Guitars For Peace T-Shirt to help raised funds for the people of Ukraine – they can be purchased here.

The two new custom models followed Gallagher partnering with Gibson last year to relaunch the J-150 acoustic guitar. That instrument has been the star’s go-to acoustic guitar of choice for more than 20 years and was first seen in the promo video for Oasis’ ‘Little By Little’.