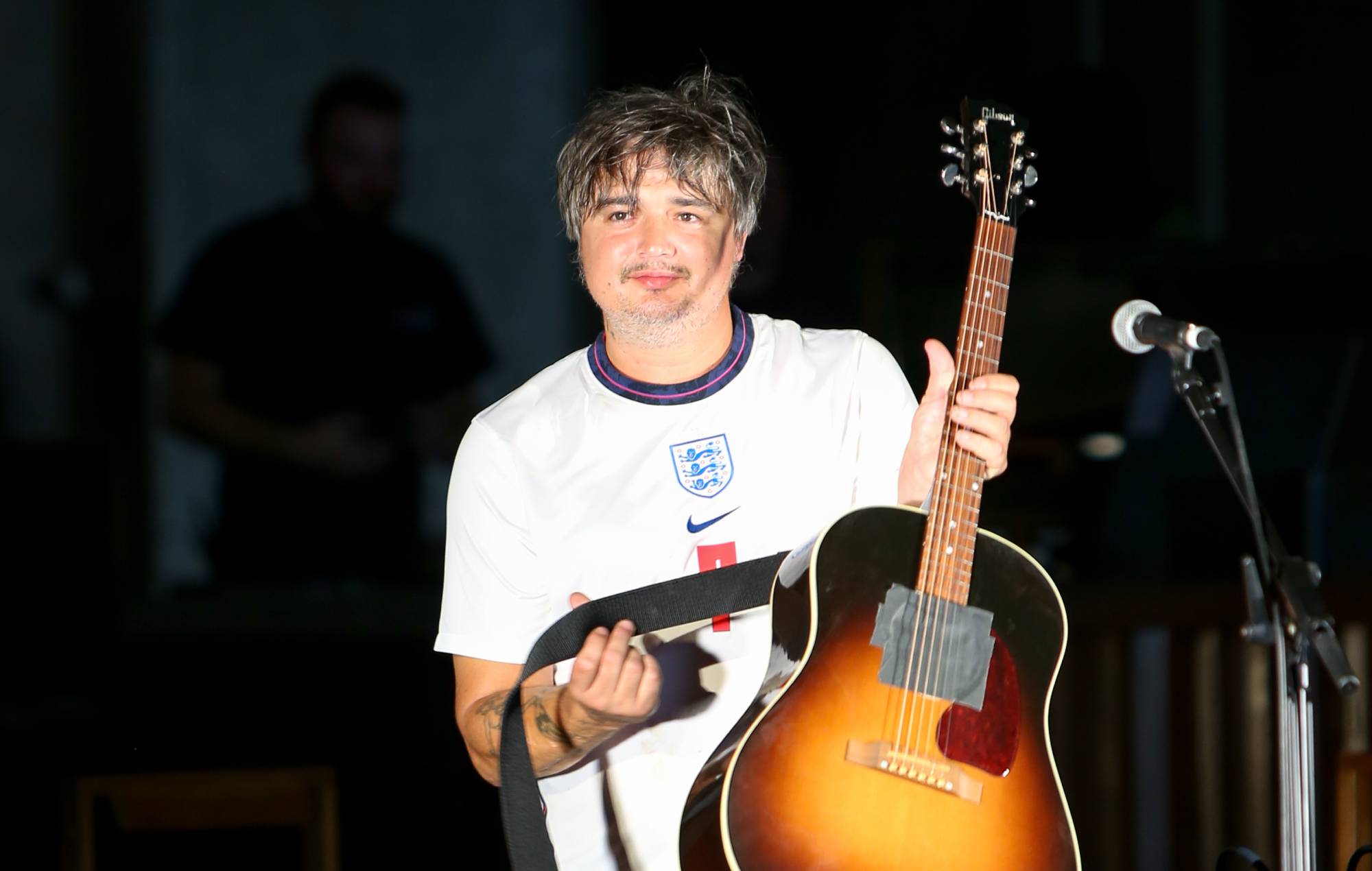 Pete Doherty has announced that he’ll publish a memoir called A Likely Lad this summer – get all the details below.

The Libertines frontman worked with Simon Spence on the book, which is set to come out on June 16 via Little Brown.

A synopsis of the book promises “Doherty’s version of the story – the genuine man behind the fame and infamy. This is a rock memoir like no other.”

It adds: “In A Likely Lad, Doherty explores his darkest moments. With astonishing frankness – and his trademark wit and humour – he takes us inside decadent parties, substance-fuelled nights, prison and his self-destruction. Doherty also reflects on the turbulent relationships with various significant people in his life across the years.

“He discusses poetry, Paris, philosophy, politics, the music business and his key influences (from Hancock to Baudelaire). There is humour, warmth, insight, baleful reflection and a defiant sense of triumph.”

See the cover of A Likely Lad below, and pre-order a copy here.

Last month, Doherty revealed in an interview that he “nearly lost my feet” while he was battling drug addiction.

The musician has now been clean for over two years, and spoke about that period, as well as his years battling addiction, in an interview with The Mirror.

Having moved to France with his new wife Katia de Vidas in early 2020, Doherty further credited meeting his latest collaborator Frédéric Lo – who released ‘The Fantasy Life of Poetry & Crime’ with Doherty earlier this month – with helping him kick his addiction.

Speaking to NME back in January, Doherty explained more about how he had “managed to somehow keep on the straight and narrow”, and said that his experience of lockdown in Normandy “completely separated [him] from England and from addiction”.

“I was getting clean. I suppose there was just so much recklessness for such a long period of time and not really caring what anyone else thought that it reverses, and all of a sudden you go from having no pressure to being hyper-sensitively aware of this new expectation,” he said.

“I think the creative process is like an addiction in itself. I need to write songs, and I’ve never really got to the bottom of it.”

In the same interview, Doherty told NME that The Libertines’ next record was being influenced by the The Clash’s ‘Sandinista!’.

“At the end of the tour we did that ended last month, everyone was really upbeat by the fact that we were all still alive after the various quarantines and John coming and going,” he said. “We were all really upbeat about the future, so I don’t know how or when it’s going to happen but I think it will.

“‘Sandinista!’ still encapsulates it because there are still a lot of ideas. It’s just about getting everyone in a room and getting on with it.”

As well as a number of huge outdoor UK shows and European dates, The Libertines will also be celebrating their seminal debut album ‘Up The Bracket’ with a special gig at London’s Wembley Arena this summer. Visit here for tickets and more information.