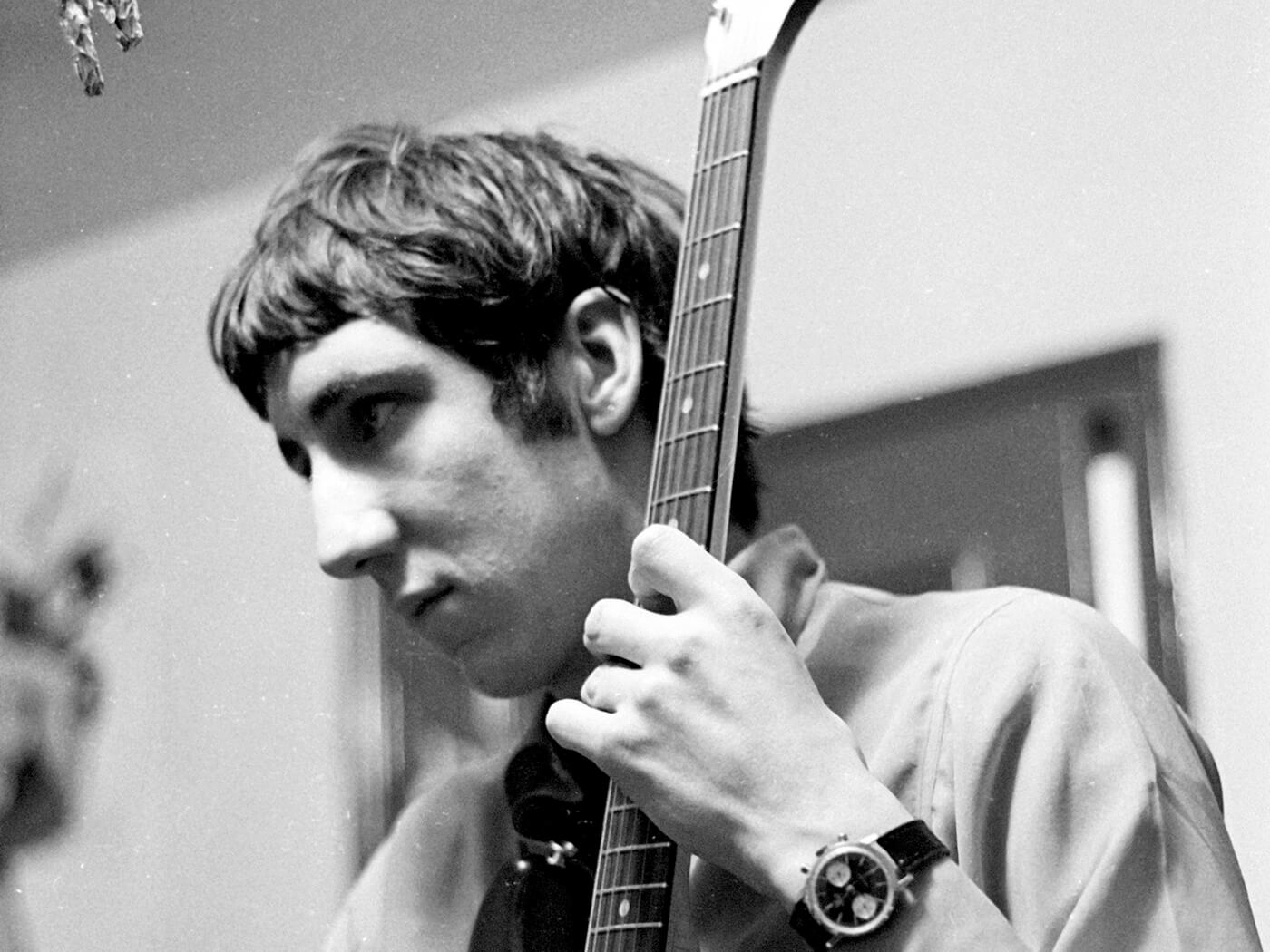 The Super Deluxe Edition of The Who’s 1967 classic The Who Sell Out is now on sale, featuring a whole tranche of out-takes and previously unreleased Pete Townshend home demos. In the April 2021 issue of Uncut (Take 287), we asked Pete to talk about 10 of his favourite deep cuts from the box, providing a fascinating insight as to where his head was at in the lead-up to the recording of The Who’s first truly great album.

JAGUAR (demo mix)
“I was starting to work on quite ambitious stuff by this time and had a really good little studio, where I’d begun doing tape phasing to get that swirling sound. ‘Jaguar’ was originally just meant to be one of the jingles for The Who Sell Out, but it became something else entirely. It was done very late in the process, properly in the last couple of weeks before the album came out.”

GLOW GIRL (demo mix)
“This was written in Las Vegas while on tour with Herman’s Hermits in the summer of 1967. It’s about reincarnation. That would’ve been in the early days of my interest in Meher Baba and realising, ‘Oh fuck, the whole basis for an interest in esoteric, metaphysical Eastern religion is rooted in the idea that the soul never dies.’ And of course the refrain later became part of Tommy.”

MELANCHOLIA
“This was one of my first attempts to write about depression and anxiety. Interestingly, in light of Covid, the working title was ‘The Virus’. Once depression sets in, it’s so difficult to escape it. It’s like drowning, in a sense. It was the end of a period just before I properly got to trust that my girlfriend Karen [Astley] really loved me. I thought she was only with me because we’d been on Ready Steady Go!”

CALL ME LIGHTNING
“I was still living in Ealing and going to art school when I first demoed this. The Jan & Dean-style backing vocals were probably to get Keith Moon onside. He was a huge fan of theirs. I was really surprised when [co-manager] Kit Lambert popped up one day and said, ‘That song “Call Me Lightning” – let’s do it now!’ It was maybe two years after I’d done the demo.”

FAITH IN SOMETHING BIGGER
“I had this period where I was on a bit of a high. Karen and I had this flat in Ebury Street, I’d got my studio sorted and life seemed to be good. And I had a sense that sooner or later we’d get married, which we did. I was also very interested in the early writings of Meher Baba, just getting to grips with it. This song just came from all that.”

DOGS
“This was definitely inspired by Small Faces – it was my version of ‘Lazy Sunday’. I loved what the Faces did in the studio, I loved their process. They had so much fun. I must admit I was interested in dog racing at the time, but the song is really about the craft, trying to create that studio sound.”

I CAN SEE FOR MILES (demo mix)
“I recorded this when I had a flat in Chelsea in 1966, but kept it quiet for a while. A couple of times, when I came back from touring, there would be these really cool-looking guys around the flat, who were all very interested in Karen. And I became paranoid. So I wrote the song. Quite shallow, unfortunately.”

THINKING OF YOU ALL THE WHILE
“This is the third version of this song [better known as “Sunrise”]. It was an attempt to evoke the music I grew up with, show tunes and musicals. The chords are a bit jazzy and it’s a celebration of love being like a sunrise. I recorded it on one of those Philips tape recorders and played it to my mum. She didn’t say it was rubbish, it was more like: ‘That’s very nice, dear. Would you like a cup of tea?’”

RELAX (demo mix)
“I was starting to explore other areas of my songwriting at this point in time, starting to become more ambitious. I’d already recorded a version of this song at the Gorham Hotel [New York], but I felt I needed to make it sound harder-edged and a bit more psychedelic, so The Who could record it.”

RAEL (IBC Remake)
“Initially, this song had nothing to do with The Who. I was studying opera, learning to write music. Kit Lambert came in one day and said [adopting a very posh, demanding voice], ‘It’s time for a new Who single, Pete.’ I told him I was working on my opera, but he just went, ‘Jolly good. Let’s have it.’ So I took the four or five strands that I’d managed to deal with and condensed them down into a five-minute pop single.”