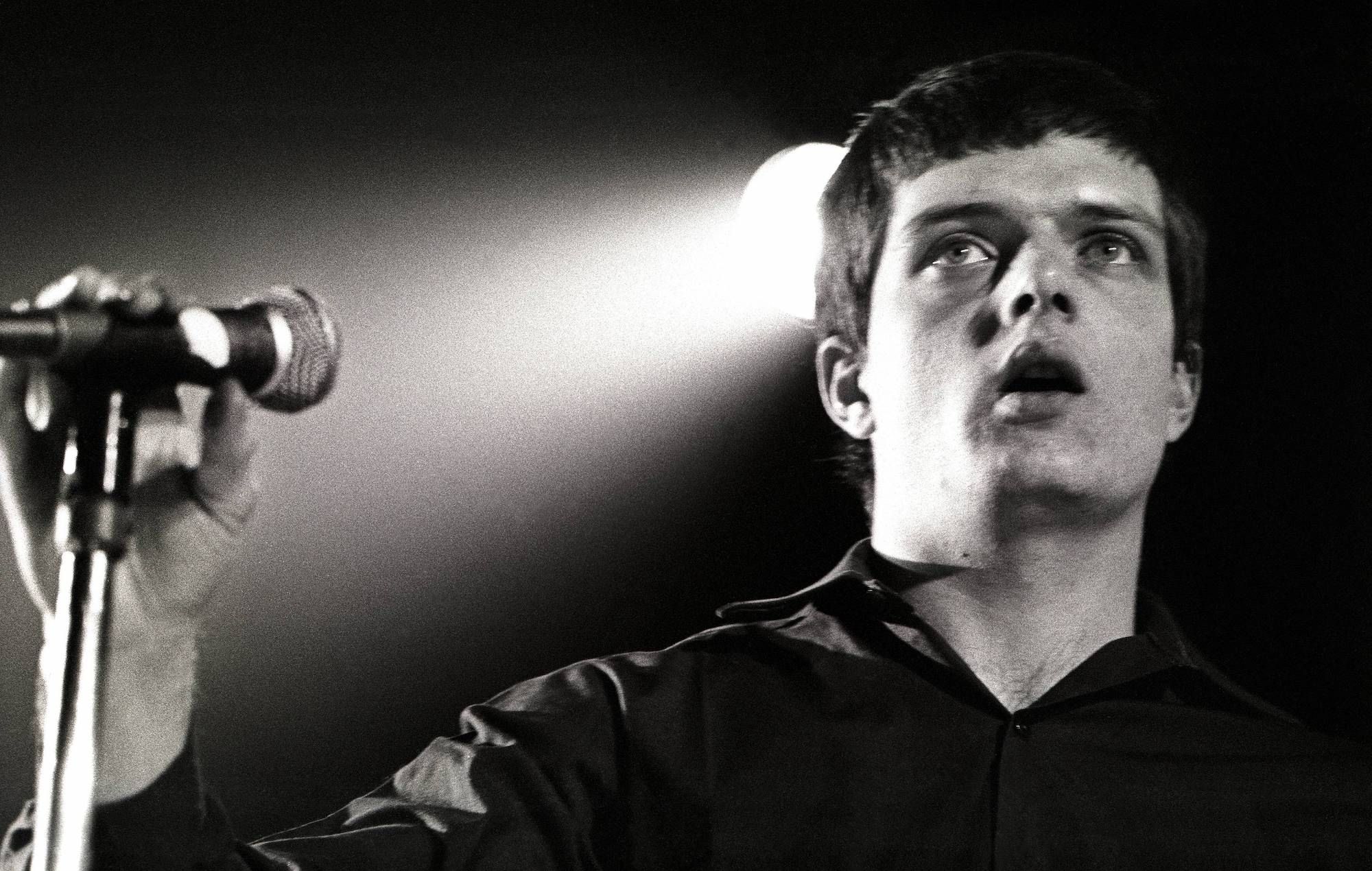 Peter Hook has said there should be a permanent memorial to Ian Curtis in Manchester following the removal of a mural to the late Joy Division musician.

Earlier this week, a advertisement for Manchester rapper Aitch was placed over a much loved mural of Curtis in the city’s Northern Quarter. Aitch said he would “fix” the issue saying he had no idea that the advertisement was being placed over the mural.

“I don’t just choose locations for billboards, this is the first time I’ve seen it myself. Getting fixed as we speak,” rapper Aitch said in response to the move.

In a separate tweet, Aitch added: “It’s come to light that the iconic Ian Curtis mural on Port Street has been painted over with my album artwork. This is the first time I’ve heard of this, me and my team are getting this fixed pronto. No way on earth would I want to disrespect a local hero like Ian.”

Now, Peter Hook, co-founder of Joy Division with Curtis, said the singer and late band manager Tony Wilson should be honoured with permanent memorials in the city.

“We have to bear in mind that it is an advertising site, it was paid for by Mental Health Day for a certain period,” Hook said in response to the news (via BBC).

“Business moves on and so it’s no wonder Aitch didn’t know about it as it was probably done by the company who looks after his advertising,” he continued. “I feel sorry for the guy because he was so hurt by the obvious reaction, it was a terrible situation for him.”

Speaking to BBC 5Live’s Colin Murray, Hook said he was there when the painting was finished by artist Aske P19 and said losing the mural was a “sad occurrence”.

“I was there with him [Akse P19] as he was finishing off the portrait,” he said. “People were coming from all over the place to see it…One of Ian Curtis’s cousins came, who I hadn’t met, and it was amazing because I had to bring Aksie over and say to him ‘look at how you’ve caught him’, because the cousin had the same mannerisms and the intensity in his eyes, which was one of the wonderful things about Ian.

“That mural did stand for a lot… I wouldn’t have liked to have been the guy painting over Ian knowing that area of Manchester, it is just a sad occurrence. I suppose in a funny way maybe it will spur someone on to celebrate these people [Curtis and Wilson] in Manchester or Salford,” Hook added.

“I’ve been campaigning for years to put a statue off Tony Wilson in Manchester and Ian Curtis in Macclesfield,” he said, addressing the permanent memorial Macclesfield made to Curtis earlier this year – which Hook himself unveiled.

Speaking about the idea of a statue in Manchester, Hook said: “Maybe I’ll push it… see if we can spur something on.”

Artist Aske P19 also addressed what happened to the mural in a post on social media.

“It had become a cultural landmark and meant so much to people from Manchester and beyond,” Akse P19 wrote in an Instagram post about the mural being painted over. “It doesn’t take much common sense to understand that this mural should have remained for what it represented and stood for.”