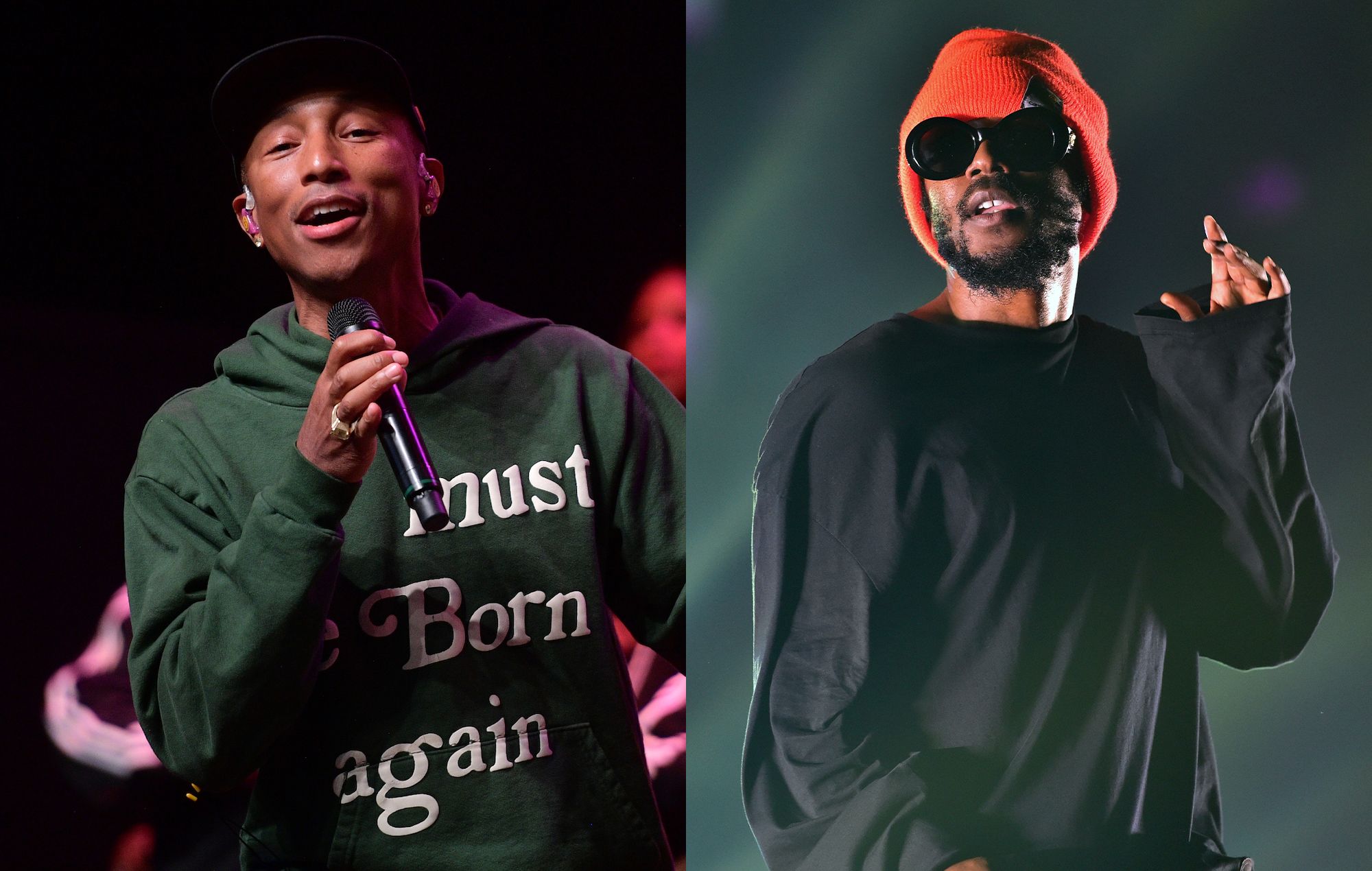 Pharrell Williams has praised the writing prowess of Kendrick Lamar, declaring that his bars hit so hard “because he knows how to be very disciplined with a subject matter”.

The claims came in a new interview with Zane Lowe for Apple Music 1, celebrating the release of Williams’ new Tyler, The Creator and 21 Savage-assisted single ‘Cash In Cash Out’. The song was released yesterday (June 10) and marked Williams’ second time joining forces with Tyler, after he produced Tyler’s track ‘Come On, Let’s Go’ for the ‘I Love Nigo’ compilation.

Speaking to Lowe, Williams referred to Lamar as “one of the greatest writers of our times”, explaining: “He knows that stickiness is important, and he knows that it has to feel great.”

Williams and Lamar have a long history, and linked up most recently to work on this year’s ‘Mr. Morale & The Big Steppers’ album. For it, Williams co-produced the Tanna Leone-assisted track ‘Mr. Morale’. Opening up about the process, he said: “I watched the rhythms hit [Lamar] and I watched it just bubble to the surface – whatever the song was making him feel – and I watched him commit to that, and I watched him stay disciplined.”

He went on to say that Lamar is “different”, and praised the ‘Mr. Morale’ album for addressing “a whole lot of conversations that not only we as Black men, but just men, period – and even other matters, just humans – needed to talk about”.

Williams continued: “It was like nobody was really saying it, and if they were, they weren’t really saying it in a cohesive way, and he just raised his hand and said, ‘I’ll do it.’ This album’s going to be medicine to a lot of people.”

Williams and Lamar first linked up when the latter was working on his second studio album, 2012’s ‘Good Kid, M.A.A.D City’. Like he did on ‘Mr. Morale’, Williams co-produced the album’s quasi-title track, ‘Good Kid’. He returned to aide in the making of Lamar’s next album, 2015’s ‘To Pimp A Butterfly’, where he co-produced and sung on the track ‘Alright’.

In a five-star review of ‘Mr. Morale & The Big Steppers’ – which also saw praise from the likes of Lorde and Eminem – NME’s Kyann-Sian Williams wrote: “In laying his soul bare, [Lamar] hopes we realise how we can set ourselves free from generational curses too. This album is as much about struggle as it is freedom, and what a beautiful sentiment that is.”