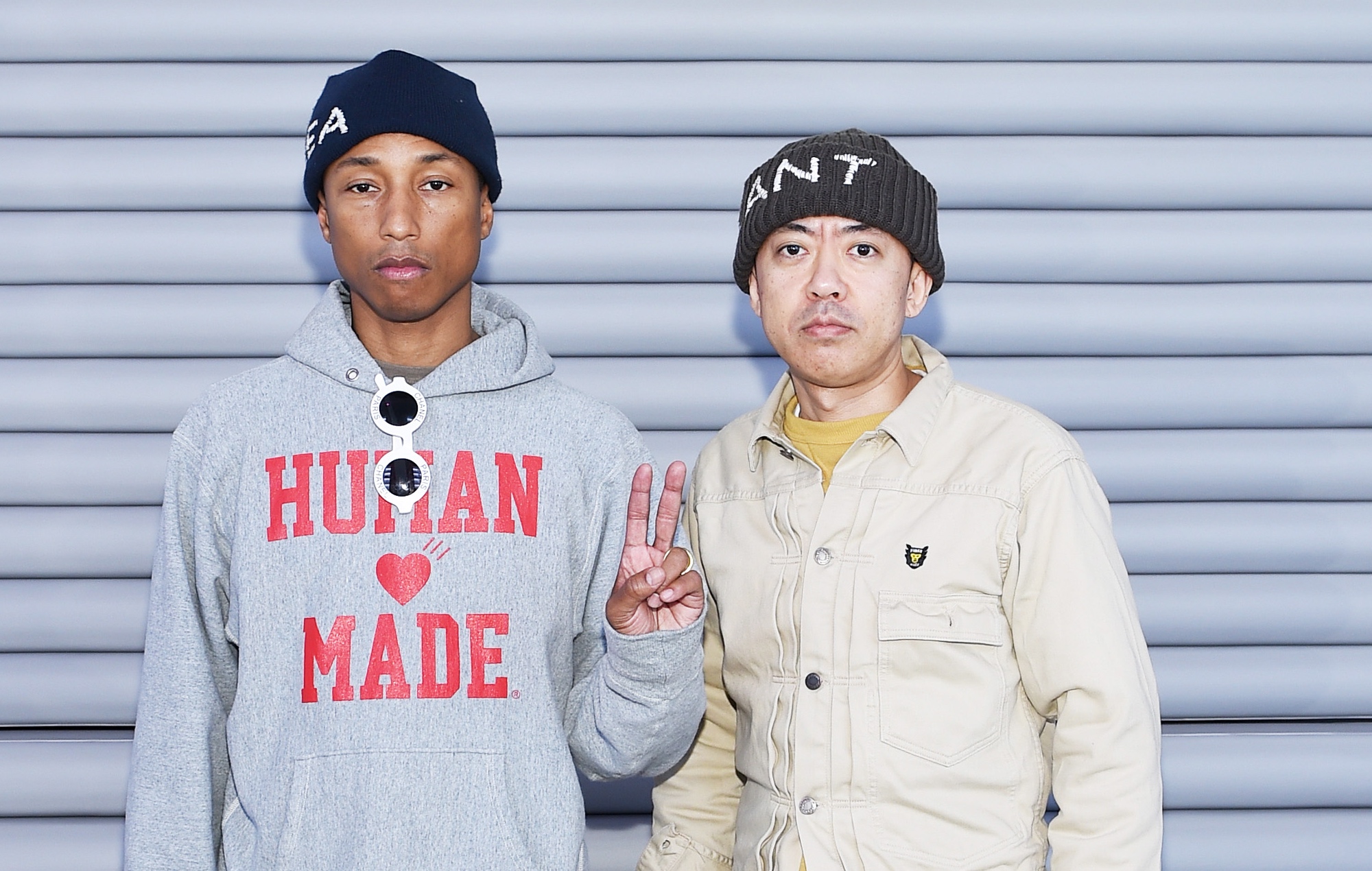 Pharrell, Tyler, the Creator, A$AP Rocky and more to feature on album from fashion icon Nigo

DJ and A Bathing Ape founder Nigo has announced a star-studded list of collaborators for his forthcoming album ‘I Know Nigo’.

The fashion icon took to Instagram earlier this week to reveal that the album, which is “coming soon”, will feature guest appearances from Pharrell Williams, Kid Cudi, A$AP Rocky, Lil Uzi Vert, Pusha T, Tyler, the Creator, Fam-Lay and Teriyaki Boyz, with more to be announced.

Nigo first announced the forthcoming album on December 4, revealing that the project was on the way and that he’d signed to Steven Victor’s Victor Victor Worldwide label, a joint venture between Victor and Universal Music Group.

Outside of his work as the head of the streetwear brand A Bating Ape, Nigo has long had an interest and association with the world of music. He is the DJ for hip hop collective Teriyaki Boyz, who released debut album ‘Beef or Chicken’ in 2005 and follow-up ‘Serious Japanese’ in 2009.

Numerous artists that will feature on Nigo’s forthcoming album have appeared on previous Teriyaki Boyz cuts – Williams on ‘Cho L A R G E’ and ‘Work That!’, Pusha T and Fam-Lay on a remix of ‘Tokyo Drift (Fast & Furious)’.